What is a liveable city and what makes one? Four debates held across 2017 explored the issues for green infrastructure, social infrastructure, housing and commercial development while a concluding workshop drew up an action plan for the professions and a definition that we should all be working towards 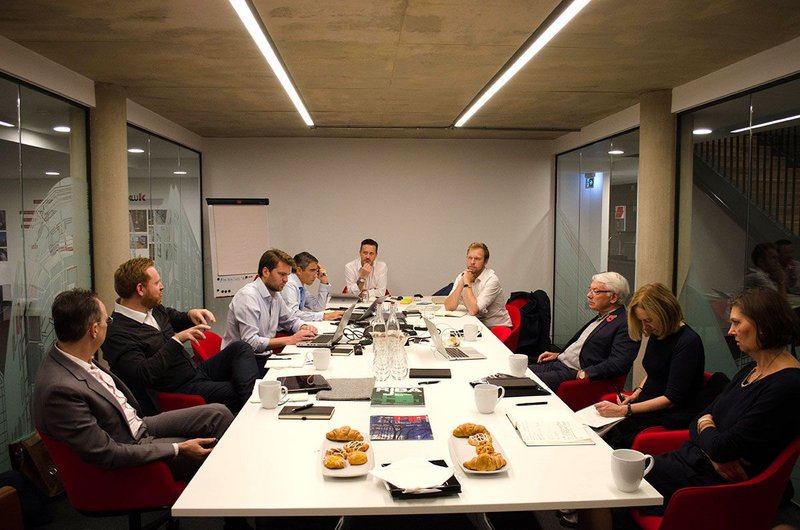 ‘Liveable communities are ones in which young and old want to stay or return, places where people can have fun and enjoy diversity, connected to the place’s natural and human cultural history. It’s a city where people have a wide range of choices and good health, opportunities and a sense of wellbeing, ownership and inclusion’

This is the city we all want to live and work in. These are the kind of qualities you’d expect to find in visions of China’s Tianjin Eco-City or Saudi Arabia’s planned Neom, with its driverless cars and vertical farms. They are the qualities many UK cities have traditionally been fairly rich in, thanks largely to a combination of enterprise and philanthropy that has provided a legacy of parks and heritage, transport infrastructure, civic buildings and distinctive characteristics.

Such resources are extremely precious. Yet, in order for cities to continue to grow, build sustainability and resilience, adapt to our post-fossil fuel, post-industrial age, and survive austere times, things have to change. This was the context for a series of four debates on the challenges and future for liveable cities, which took place in 2017. The debates, sponsored by RIBAJ in partnership with AluK, brought together expert panels with representatives of the industry to discuss four key areas of city making: green infrastructure, social infrastructure, housing and commercial development. The series culminated in a day-long workshop, which identified potential ways forward and a series of simple action plans.

The definition of the liveable city cited above – which refers to the whole of a city’s metropolitan area – was much discussed and honed at the workshop. It drew on global best practice, notably the United Nations Sustainable Development Goals.

Inevitably there were common themes in the debates. The need to design in flexibility applies to both commercial development and public buildings, while ‘sweating the assets’ became something of a leitmotif to the day’s conversations. Such approaches are becoming integral to helping buildings, and the businesses and services they house, to remain sustainable and commercially viable through a city’s vicissitudes.

Money, and the shortage of it in the public sector, exercised minds, with our professionals suggesting one potential source for both housing and social infrastructure: tax. Policy change was advocated to filter tax revenues back to local communities, not only providing a direct funding stream, but also offering the potential to give local people greater involvement in their area’s destiny.

Throughout all the debates, the role of designers in making our cities liveable was much discussed, and the final workshop resulted in two overarching recommendations for the professions. First, there was a call for urban and development economics to be brought into architectural training, to give designers greater understanding of the development process and the potential to contribute to it.

Second, the case was made for the RIBA, the RTPI and the Landscape Institute to work together to evolve an integrated placemaking discipline that could have a social, environmental and economic impact.

This discipline, christened ‘total design’ by workshop chair Peter Head, founder and chief executive of the Ecological Sequestration Trust, could promote a performance-based approach to procurement, and so ultimately raise standards, quality and understanding in placemaking.

Failure to cherish our cities could have the most serious consequences, and inevitably the conversation swayed often to London. ‘Affordability is straining liveability in communities. It pulls apart the liveability of the city that caused it to grow,’ said Colin Ross of social investment business Cornerstone. That prompted Neil Howsam, of Piercy & Company, to ask: ‘Is London becoming an unliveable city because people are increasingly struggling to live there?’ Arup’s Joe Wheelwright said London had a clear purpose: ‘People will use London as a functional tool to further careers, but that doesn’t mean they feel a connection to it.’

Alex Jan, also of Arup, concluded that people are drawn to cities by opportunity. ‘People are still coming here. We make sacrifices to live in cities.’ How great those sacrifices are will depend upon the extent to which we can make our cities liveable.

Peter Head, founder and chief executive of the Ecological Sequestration Trust, chaired all but one of the debates and the final workshop.

Attendees at the final workshop were: