Some clever thinking has created a building that is powered by algae and reduces CO2 at the same time. 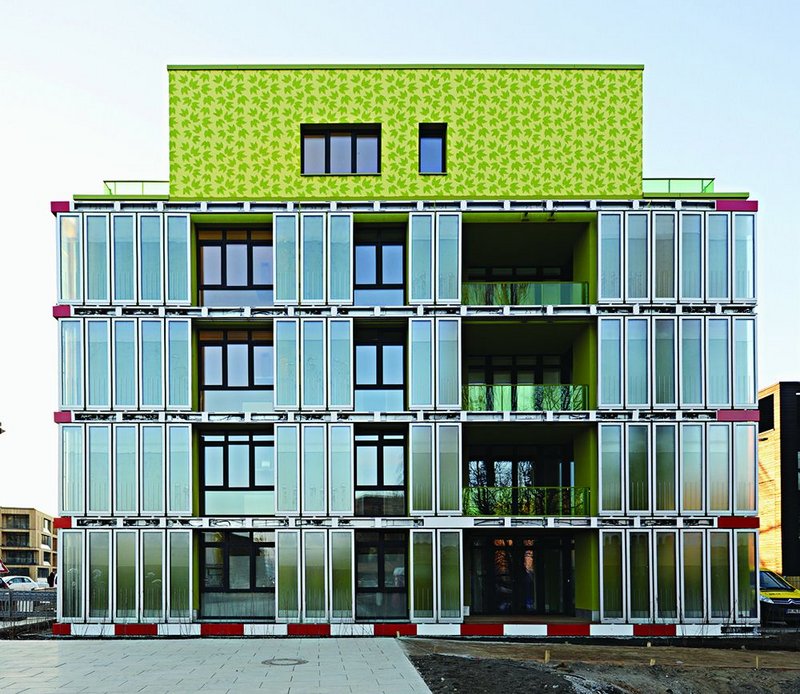 On an inner-city site in Hamburg, Germany, sits a building covered in algae. But this is no derelict structure: it is a bold experiment in harnessing one of the world’s most primitive organisms to produce energy. The green micro-algae facade on the newly completed five-storey apartment block generates biomass and heat, supplying hot water for domestic use and heating the building. It is the first building of its kind in the world.

The £3.95m BIQ (Bio Intelligent Quotient) pilot project is the realisation of a competition launched in 2009 by the International Building Exhibition (IBA Hamburg) for a Smart Material House. The IBA wanted smart ­materials on the facade, asking entrants to look at ‘materials, systems and products that behave dynamically, unlike conventional building materials, which are static’.

Austrian archi­tect Splitterwerk won the competition – chosen for its track record in ­producing experimental architecture – with Arup in Germany. Arup and Splitterwerk formed a consortium with Colt Inter­national, a facade specialist of internal shading systems, and Strategic Science Consult, a biotechnological research company, to develop the technology and facade system.

What has emerged from this intensive period of development is highly complex. ­Installed on the south-west and south-east elevations (those most exposed to sunlight) of the square-shaped BIQ building, are 129 bioreactors. These are flat glass aluminium-­framed panels that create an environment in which algae can flourish. The panels are like slimline vertical tanks, each filled with about 25 litres of water containing liquid nutrients. They are 2.5m tall by 0.7m wide with an 18mm cavity, and consist of two 10mm thick sheets of transparent glass – to optimise solar gain and therefore algae productivity.

Each of the Passivhaus building’s four storeys has its own individual closed loop of pipes to feed carbon dioxide to the bioreactors. The pipes run horizontally along the base of the reactors, concealed behind striking red and white powder-coated horizontal panels. As the nutrients in the bioreactors receive daylight and CO2, they begin the bio-chemical process of photosynthesis – converting daylight and carbon dioxide into algal biomass. 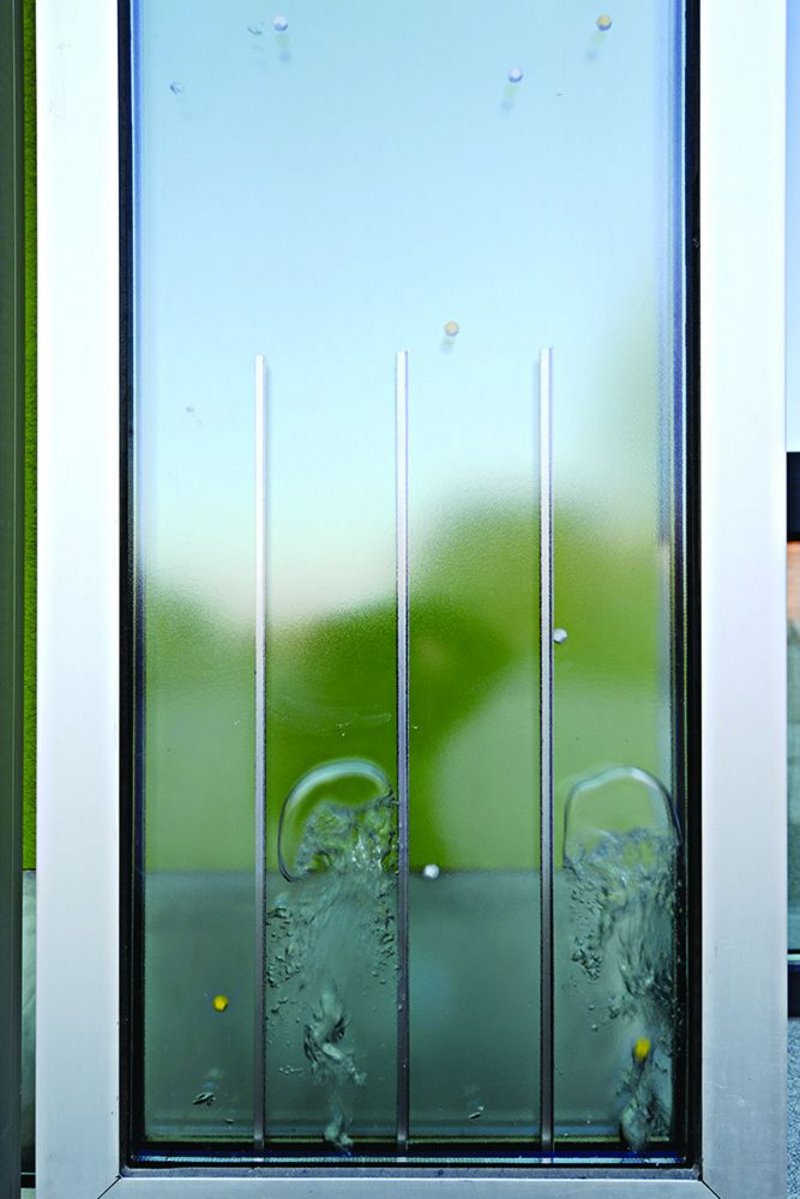 Intermittent injections of high pressure air redistribute the algae around the panels to optimise biomass production.

As the nutrients in the bioreactors receive daylight and CO2, they begin the bio-chemical process of photosynthesis – converting daylight and carbon dioxide into algal biomass

‘Algae use photosynthesis quite effectively because they are unicellular and each cell ­divides every seven hours,’ says Jan Wurm, associate director at Arup Germany and one of the chief designers of the system. ‘This means the biomass doubles in seven hours. It is then removed and can be used as an energy source.’

These ideal conditions of light, carbon dioxide and nutrients promote the algae’s growth, which is further boosted by jets of pressurised air pumped periodically into the panels. Structurally bonded to the base of each bioreactor are three vertical metal strips which direct the air upwards. The air creates bubbles which gain speed as they rise to the top, split and create turbulence in the liquid.

‘The turbulence is needed because we want the algae to move from the lighter area to a darker zone and that’s what stimulates the meta­bolism to make it grow faster,’ says Wurm. ‘If it remains in the light too long, it can get stressed and may die, but too long in the dark zone means it won’t reproduce, so it needs to constantly shift from light to dark’.

The turbulence also releases about a dozen small plastic balls. This kicks off a self-cleaning process where the balls ‘scrub’ the inside of the glass by rubbing against it. The panels, which are connected to a pivot at the top and bottom, can be rotated 45º to allow additional cleaning and maintenance. There is potential to connect them to a motorised engine so they can track the sun to make the most of solar gain.

So how does the biomass produce energy? During photosynthesis, water contained in the panel is heated by the sun. The biomass and heat generated by the bioreactors are trans­ported by the closed loops to the energy management system in the building’s ground floor plant room. Both forms of energy are ­exchanged by a separator and heat exchanger ­respectively. In summer, when demand for hot water falls, any excess heat can be stored in the geo-thermal system for future use.

The bioreactors are installed as a secondary facade as it was thought residents might feel uncomfortable looking onto algae. These fears were largely unfounded however; tenants moved into the 13 flats in April and have been very positive about the technology. BIQ employs a plaster primary facade painted green as a backdrop for the bioreactors and loggias appear at each level to break up the solidity and draw in daylight. The red and white horizontal stripes add another layer of impact.

‘When people see the algae facades they will remember the image of the red and white stripes,’ says Mark Blashitz, director of Splitterwerk. ‘This colour could mean many things. It is the colour of Hamburg’s flag and our webpage, but the colours also have associations with unfinished buildings and danger. The algae facade and stripes produce a special atmosphere, which was important to us’. A more restrained contrast to the dynamic ­algae facades is offered by the north-west and north-east elevations, with plain rendering enlivened by painted graphics.

The BIQ building will be monitored for two years and the technology’s energy and technical performance and user ­acceptance will be studied closely. It is too early to provide any concrete data, although in a product overview of the bioreactor ­facade, which is ­being promoted as ‘Solarleaf’, early predictions expect BIQ’s algae facade to produce biomass of 30kWh/m2/y and heat energy of 150 kWh/m2/y. In total, the facade is expected to reduce the building’s carbon emissions by 6 tons a year and eliminate 2.5 tons of CO2. 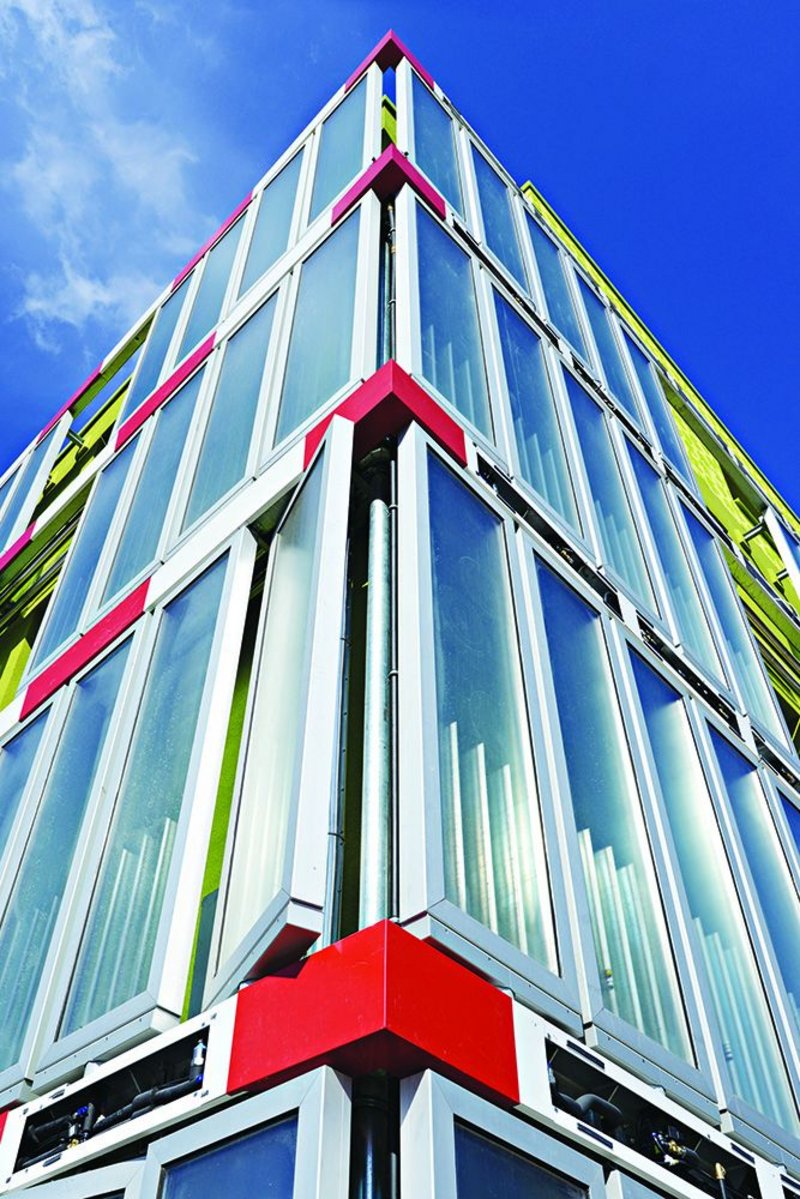 Reducing CO2 emissions and generating energy in a benign way are the more distinct benefits of the bioreactor facade, but the system also has the potential to provide summer shading. This has not been implemented in the BIQ building, but the panels could be built into a structure’s primary skin so that, on a bright summer’s day for example, the algae content could be doubled from morning to midday.

Bioreactor panels can also be used to ­produce electricity through a process called hydro-thermal conversion. It is possible to turn the biomass into biogas, which could power a generator or a combined heat and power plant to create electricity. It wasn’t possible to implement this on the BIQ building, but on a larger scale project which had the building units connected to the district grid, this would be worthwhile.

Other areas of the technology could be exploited. For example, grey ­water could be used, and bioluminescent algae cultures or other organisms such as cyano­bacteria adopted. Crucially though, the technology needs to be fully integrated into the energy and building concept and it needs mass take-up if it is to become more affordable. Cost is the technology’s main limitation, but like any new product, as production increases the price will come down. If this happens, algae facades could become commonplace, especially in cities where bringing down high CO2 levels is an imperative.

‘The algae facade could be the next most important technology in the next 20 to 30 years,’ says Blashitz. ‘I could see it being used to reduce carbon emissions in all the major cities of the world. BIQ is such an important building because it will be a starting point for a new generation of architecture’. 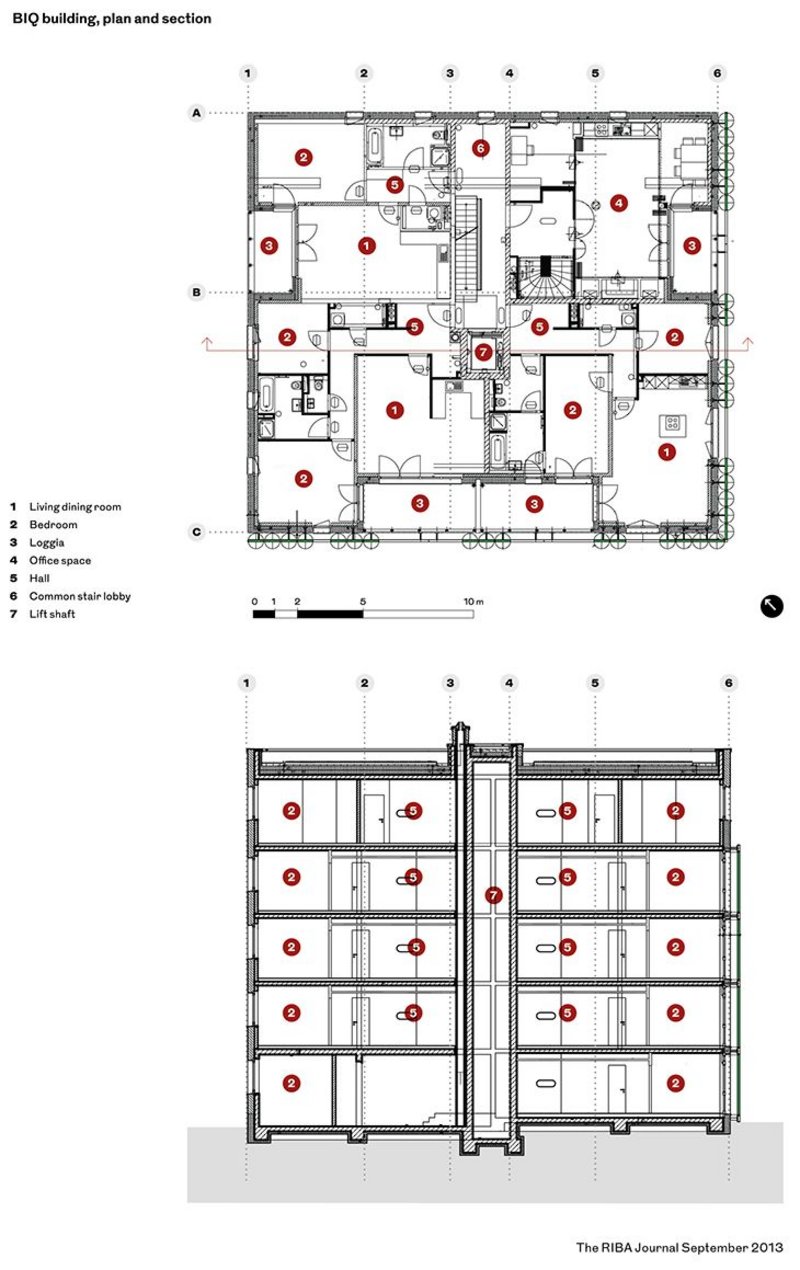 IN THE SAME MOULD

The concept of using a common unicellular plant to generate energy might seem far-fetched, but it has been seriously considered before. Arup director Peter Head wrote about his vision for an ecological age and delivered a Brunel lecture on the subject in 2009 entitled, Entering the Ecological Age: the Engineer’s Role. He mentioned early research commissioned by Arup, which tested viability and the key role micro-algae had in generating energy.

Architects have also enthusiastically embraced the idea. In Los Angeles Emergent proposed a shop installation called The Flower Street Bioreactor where a transparent acrylic panel was filled with green algae and LED lights which maintained the conditions for growth. Make Architects has also explored the idea of wrapping buildings in algae tubes into which its gaseous waste products would be pumped. The algae would then be harvested for power. But these proposals, unlike the BIQ building, have not yet been realised.