Heneghan Peng’s new architecture building for the University of Greenwich might look raw inside, but it settles down politely into its surrounding Georgian streets

Stretched and pulled up and out, raw and but never rough, the University of Greenwich’s new building has an accomplished power behind its urbane limestone facade.

Polite, striking yet deferential, the new library and teaching building on Stockwell Street fits perfectly into the rather special setting of Greenwich’s world heritage site, defined by Wren, Vanbrugh and Hawksmoor through the grand set piece of Greenwich Hospital. Tight Georgian shopping streets open onto markets or the River Thames and newly restored Cutty Sark, while St Alfege, again by Hawksmoor, marks the move towards the less loved Deptford. Across the road from St Alfege, Heneghan Peng’s new building continues the townscape by turning the corner. While at five storeys it is tall for this part of south east London, its street rhythm defers to the Georgian houses up the hill.

Inside, the impression is of spaces stretched to structural limits of openness. The slim library volume is pulled upwards by its empty centre; first floor studios tugged wide along the longest possible span of 12m. Black-boxed stairs travel long distances surprisingly languidly. The infernally deep plan is riven with light – and here the rhythm comes in, not merely to answer the many planning and conservation issues around this building but also as a servicing strategy. The metre that can be read along the facade – wide and narrow, five times over – continues into the core of the plan. Narrow bands, with plant stacked on top and tucked-away lifts, are cut into as light voids and courtyards. Basically a finger block building, but cleverer, it puts as much accommodation as possible on a ground floor that is devoted to entry and the publicly accessible exhibition, café and shop spaces. Most of the first floor is configured as an open studio.

It is wrong to say, as some have done, that its skin lets down the more vigorous architecture within. The material might have shifted from Heneghan Peng’s originally proposed brick to stone but the rhythms of the facade are fundamental to the plan and the storeys are elegantly proportioned. Roisin Heneghan explains how the practice wanted a set of rules rather than a composition, but the rules are about structural voice and the public/private expression of functions, rather than any dead set of requirements. So often the external face of new buildings offer little more than the systems they are made of, or demonstrate false ideas of heritage, but this one holds its own – despite a large volume – achieving a delicate balance between imposing itself on the urban grain and working with it. The edges, including a sunken commuter train line, are handled with aplomb, which works for both the context and the users inside. The fins of the library alongside it bring together two geometries of facade and railway. From the street the fins close off the facade, from the connecting path they appear open, and from inside the oblique views give onto the church and monitor the path.

This generically named academic building is also Greenwich’s school of architecture – and landscape, and creative professions and digital arts. If you had to identify an area with each discipline it would be the basement studios and editing suits for the digital arts, the 14 roof terraces for landscape, and the studio for architecture. But of course, as in all academic buildings, space use is at a premium and intended not to be dedicated but flexible and bookable. On an early Tuesday in term the first floor was full of studio groups being taught, acoustic screens separating the spaces. Some – which really need to be spaces for students themselves to colonise, or work in quietly, are being taught in as the bookings team gets to grips with what works and what does not. The crit space, slightly sunken at the centre of the studio, has a great sense of theatre: the higher routes alongside act as balcony viewing, spectators leaning over the galvanised rail. And being able to suspend up to 600kg loads from the roof will challenge students at their end of year show.

It is long way from the Avery Hill base near Eltham, where Professor Neil Spiller, deputy pro vice-chancellor and professor of architecture and digital theory, has been operating for the last four years. Stories abound of prospective foreign students alighting from taxis, taking one look and getting back in – not something that helped his ambitions to align the school with first rate academics and schools (RIBA Journal June 2012) as shown in his first exhibition in the new building, featuring architects and educators from MIT, RMIT in Melbourne and the Bartlett. There is space for growth here and Spiller expects to need it.

This building stands alongside the impressive clutch of arts schools that have completed in recent years for Central St Martins’ Granary Building (Stanton Williams), Manchester School of Art (Feilden Clegg Bradley Studio) and the Reid Building for the Mackintosh in Glasgow (Stephen Holl). The interdisciplinary narrative is less powerful, which reflects the harder edge of its home faculty of architecture, computing and humanities which are not configured as an arts school – the shared campus library and the subjects lending themselves less to visual display than fashion and textiles. Yet its architecture, defined around dramatic stairs, has a similar sense of bringing people together – if a tighter sense of space planning. Perhaps the Bartlett, as replanned by Hawkins\Brown, makes a better comparison as it houses a less diverse set of subjects on a London site.

Heneghan Peng first made headlines when, as a young Dublin practice, it won the Grand Egyptian Museum Cairo in open competition, and was more recently Stirling Prize shortlisted for its Giants’ Causeway visitors’ centre. It hasn’t had the chance to see its Cairo project through on site. But in Greenwich it has not only done that to a high level but has also worked alongside an expert, architect-trained client in the form of project manager Adele Brookes. Together they took out the furniture and fittings and a fair chunk of joinery from the contractor’s package to give it the attention it was due. Despite its industrial finishes this attention to detail shows – as Organic chairs from Vitra, for example, brighten up solitary corners of the library. Not that money got thrown at this – the lecture theatres are lined with rows of inexpensive stained timber seats, encouraging a certain wakefulness through the colour schemes and very hard seats. The rest of the building will keep students awake just fine by itself. 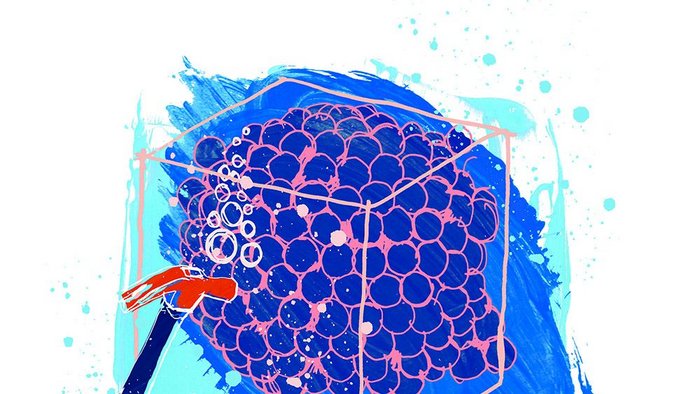 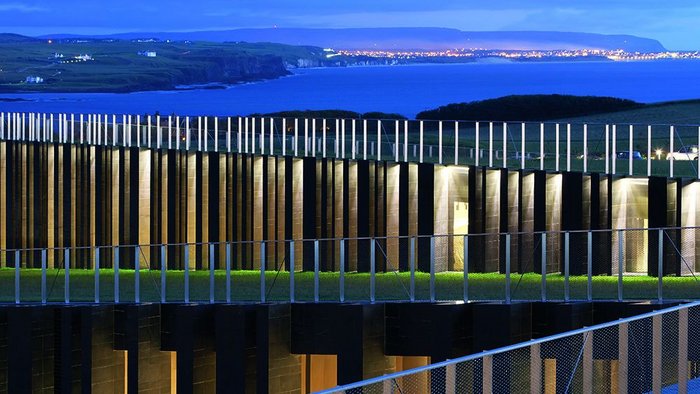 Part of the legend