Last week, on the day that architects Make submitted their planning application for the regeneration of the Elephant and Castle, another documentary ‘submission’ was being exhibited in a disused unit of the E&C’s dowdy concrete shopping centre, giving a very different take on the slick three dimensional architectural views of the massive proposed mixed-use development. 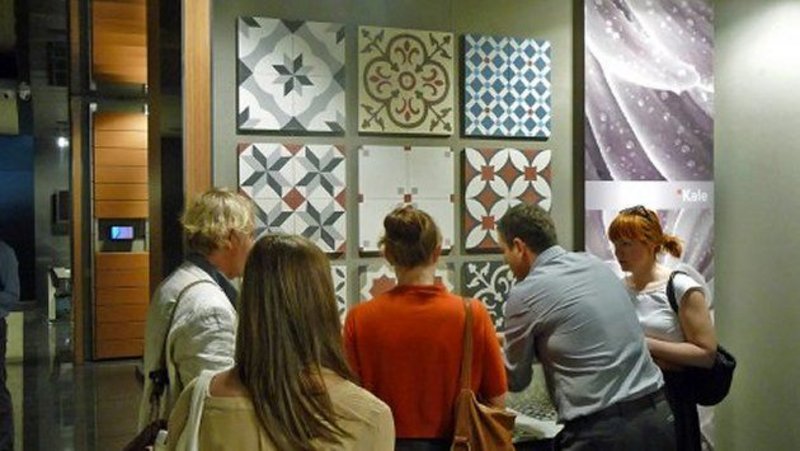 Marcus Coates is a self-styled artist-shamen, who has set about trying to address some of life’s more intractable problems through entering trance-like states and drawing on the hallucinations and contacts he establishes with the spirit world. His 2007 ‘Dawn Chorus’ was an exercise in teaching humans to precisely mimic various birds, and bringing them together in an early morning symphony of human emulation. In another he communes with the spirits of an Israeli town, connecting shoppers in a mall with the ghosts of their locus. Much of his performative video art is dismissed by his audience with laughter or derision; but occasionally, rarely, you will see a flash across someone’s face, suggesting he just might be on to something. Coates’ interest goes beyond a political agenda. Intrigued by the Elephant and Castle and its problems, he attempts to get under the skin of the place. ‘I heard a lot about the council’s ‘vision’ and the developer’s ‘vision’, he muses, ‘and I wanted to attempt my own take on the place, my own vision.’

To do this, over a couple of years, Coates dons a silver suit, puts a horse’s head on top of his own, carries a ‘spirit guide’ in the form of an eagle on a stick, and wanders the Elephant and Castle by day and by night. In the course of his journey he will trawl the estate, find its dank corners and hidden oases and engage with nefarious late night characters who focus their lives around its famous roundabout. He will barge, smoke and lick his way around its surfaces. He will engage with the council’s planning development team at their offices and meet remaining residents. He makes strange screeching, choking noises in Ernie’s flat, asking him if that might be the ‘sound of the Heygate Estate’. Ernie looks pensive. ‘Yeah,’ he says after a moment ‘Especially that last bit- it’s so sad.’ He even sets up a meeting with the client’s property consultant and asks him to instruct him to mould his body to mimic the area as it is and as he would like it to be. Coates obediently goes through the comedic contortions, and during it the consultant remarks ‘People are easier to shift than buildings’; and smiles suddenly and guiltily, as if he caught himself saying something he shouldn’t.

The climax of the film is Coates’ performance with local band ‘Chrome Hoof’ at the Coronet, sounding like a car crash of Death Metal and Donna Summer. Here in the darkness, the artist enters his dream state on stage and his hallucinations go out ‘live’ to the audience. Afterwards, backstage, he removes his head-dress and describes what he saw to Ernie. How the animals lead him to the patch of dirt, and how he puts his hand in it, and its not dirt but thousands of grey geese taking wing. The scene cuts back to the meeting room in Southwark’s planning department as Coates continues ‘And suddenly flocks of swallows are circling me and dive down to nest in my armpits’. The officers are staring at him, listening intently, poker-faced- just like at a real design review.

Is Coates pulling our leg? I’m not sure, but you can’t help but feel that in all the eccentricity of the performance, something real is inadvertently rising to the surface- and so I found this last scene in the council’s offices most affecting. I came away thinking in some ways, Coates’ absurd ‘vision’ is no more ‘real’ than the 3-D verified views of happy families playing on the grass in the shadow of the big trees, nestled in a verdant landscape between the future residential blocks. Both, ultimately, are merely ‘visions’; in our great, modern market capitalist democracy however, it’s just that the latter carries greater legitimacy.