Can Bristol build the best homes in the UK? This debate asked if the city’s pocket sites could work in favour of pocket practices

With an audience of 200+, many wanted to know the answer to this debate’s headline question, Can Bristol Build the Best Homes in the UK? Four panellists wasted little time getting to the point. Managing director of HAB housing Mike Roberts started the discussion with trademark directness: ‘Can Bristol do it? Of course. But will Bristol do it? No.’ Fortunately this was not his conclusive statement, but a way of getting the ball rolling in an excellent discussion organised by the tireless director of the RIBA’s South West Office, Jon Watkins and his team, with a bit of help from us at the Architecture Centre. 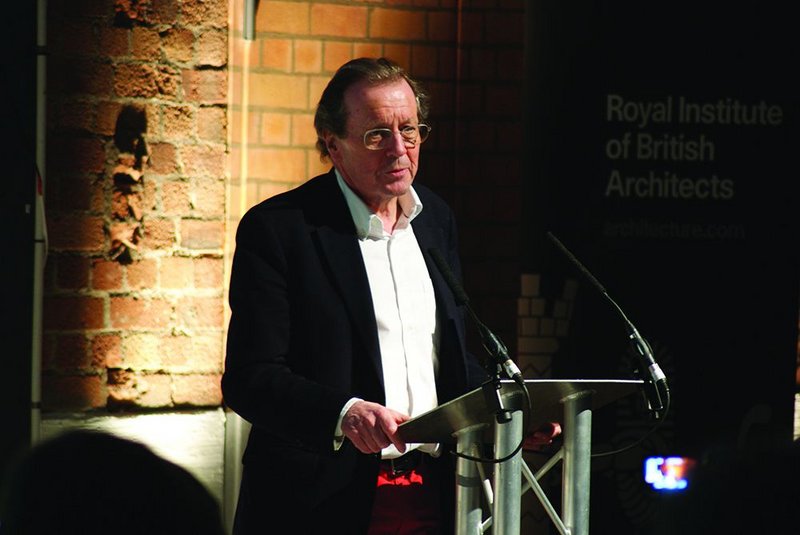 The second panelist was Jackson Moulding, self-build guru, director of Ecomotive and vice chair of NaSBA (the National Self Build Association) who came bristling with optimism, fresh from the inaugural meeting of the self and custom build All Party Parliamentary Group Meeting in London. He began, ‘Why do I bang on about self-build?’ before drawing on substantial personal experience of community led development and direct action; a process that he said ‘brings people into the mix by allowing future residents to participate in design and build, [giving] them faith, and leading to the making of homes, rather than just the rush to build anonymous, overpriced, low quality houses.’

Next up was Robert Knight, operations director at Igloo Regeneration, who focused on how to create the right environment to enable it all to happen. Identifying ‘over-valued land’ as one of the greatest barriers, Knight called for greater trust and collaboration bet­ween landowners, developers and future residents, to create the sorts of communities and places that he said encourage people to stay in homes five times longer than average.

Finally, Alison Brooks focussed on design, reframing the issue with an alternative question: is Bristol brave enough to build the best homes in the UK? ‘Is Bristol brave enough’, she asked, ‘to say that housing here is not primarily an investment product? Houses are central to the economy and heritage of our cities, she said – if the design of homes is understood to be part of urban design, affecting our streets, our infrastructure and supporting our economy, by creating attractive and aspirational places where people want to live and work. ‘Can Bristol be brave enough to ignore the advice of property agents and recalibrate the way we measure value? Why can’t we build homes that have the same quality as period properties from previous generations?’ she asked, calling for homes to be measured and valued on the quality of volume, space, light, character and detail; none of which, she reminded the audience, is taken into account in standard property valuations.

Best homes in the UK? Alison Brooks’ Newhall Be, Essex.

In response to the panelists’ calls for higher levels of engagement, empowerment, trust and design bravery, it was time for the mayor, George Ferguson, to respond, which he did by posing another key question. For the first time I have heard him make explicit reference to being an architect mayor, he asked, ‘How could it be possible not to build the best homes in Britain when we have an architect mayor?’ He set out his determi­nation to make Bristol a test bed for doing better things and described his office as a laboratory of new ideas and new ways of doing things – Bristol Fashion.

In the hour of questions and discussion that followed, many issues were raised by the audience, including how to use undervalued green space, and why the mayor was unable to ‘call-in’ poor schemes – due to limits in his mayoral power. Not surprisingly, however, in a room dominated by ambitious architects, landscape architects and community representatives, the key issue was how do we bring sites forward that enable small practices, developers and community groups to design, deliver and invest in? Having heard the debate, Brooks asked another insightful question, openly suggesting she may have missed something by asking: ‘Really? Does Bristol have a housing crisis?’

She may well have hit the nail on the head. Yes, Bristol does have a housing need – as do most cities. But Bristol is a city where the scale of opportunity for volume house building is relatively limited, as Ferguson confirmed by reminding us that the city’s largest site, in Hengrove Park, has capacity for only around 1000 new homes. Surely therefore the opportunity exists for Bristolians to do it for themselves, in smaller more innovative ways.

Bristol’s major community self-build site, in the district of St Werburghs, was completed in 2005. Credit: Francisgard.com

‘While some councils have to convince their citizens to me more active; in Bristol it is the other way round’

Bristol is defined by its entrepreneurial, independent and innovative spirit, and as Moulding clearly articulated: ‘While some councils have to convince their citizens to be more active; in Bristol it is the other way round.’ Ferguson agreed by saying that it was on the city’s many publicly owned ‘pocket sites’ that the real opportunities laid in waiting for the audience of ‘pocket practices’. ‘We need to look to our smaller sites’, he concluded, But how to do it? Harry Rich, chair of the event, asked each panelist to give the mayor one piece of advice, with the most structured answer coming from Brooks, who seemed clear in the strategy she would adopt.

First, commission a strategic city plan, then identify development sites that bring forward different parcels, briefs and mixes of tenure; thirdly launch an open design competition for each site, and finally act as client to streamline the delivery of planning consent. Through this, she said, he could truly ‘offer opportunity and experience to the small practices and help meet Bristol’s housing need.’