James McNeill Whistler (1834-1903) was a dandy. With his luxuriant curls, jauntily worn hat and immaculate attire, this man about town might have been expected to restrict the subject matter for his work from the fashionable people and places of the day. But they weren’t the American-born artist’s only interest. Instead, for the 40 years that he lived in London, he was repeatedly drawn to the Thames at a time when the capital was at its commercial peak at the height of the empire 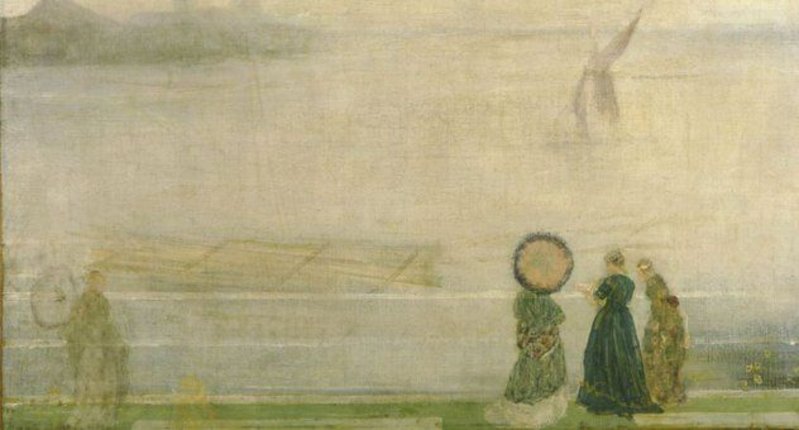 His fascination with this subject is clear in the paintings and etchings in the engaging exhibition An American in London: Whistler and the Thames at Dulwich Picture Gallery. Boats, bridges, and wharfs are his focus, well away from the formal conventions of wealthy Victorian society.

His Thameside London was a world of industry and activity, with higgledy-piggledy wharfs and a huge volume of river craft. Bridges were hugely important, and Whistler was working at a time when several – such as Hungerford, Westminster and Battersea, were being rebuilt. He seems to have become somewhat obsessed with the wooden structure of the latter -his local - using it repeatedly as a subject. In these meticulous etchings and impressionistic paintings, His London looks smoky, gritty and industrious rather than smart and leafy. Its riverside buildings are working buildings rather than pads for the wealthy, although we are given just a tantalising hint of the London beyond the river with the inclusion of Crystal Palace in the background of a few.

He is evidently drawn to the hurly –burly of dockside activity in Wapping, St Katherine’s Dock and Rotherhithe, and generally seems far more interested in the boats and wharfs than people – occasionally a waterman or two make an appearance.  An exception is the Wapping oil painting – its relative colour a contrast with the etchings - in which Whistler set three figures against a riverside backdrop – one a sailor, another his own mistress.

Whistler’s work, especially his more impressionistic night-time and foggy work such as Nocturne: Blue and Gold, proved too much for tastes of the day and was highly controversial, leading to a court dispute with John Ruskin. Whistler won, but was bankrupted in 1877. However he resumed his career and continued painting – including several Thames scenes – for the rest of his life.

As well as the etchings and paintings, this rewarding exhibition contains several contemporary photographs of the same scenes plus a number of letters and sketches. The riverside world he showed has all but vanished. But Whistler’s work is an eloquent and evocative reminder.

An American in London: Whistler and the Thames, until January 12, 2014, Dulwich Picture Gallery, London.