The Finnish architect and author considers interpretation as a way of defining beauty, the changing role of architects and his own experience of the symbiosis as writing and designing 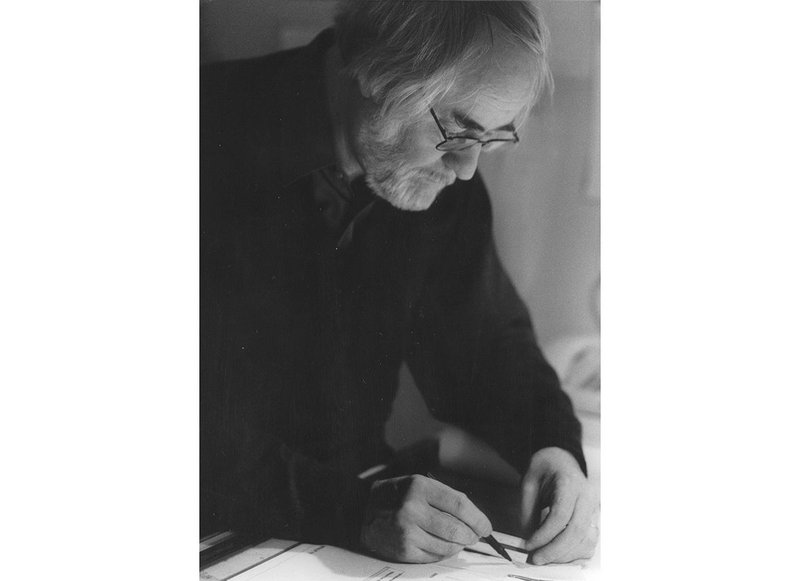 ‘Aesthetics was not a special quality. It was the quality of life, sincere life, without naming it separately.’ These are some of the many words that have held a particular resonance since meeting Juhani Pallasmaa, the Finnish architect and author of over 60 books and 400 essays – including The Eyes of the Skin and The Thinking Hand, popular with architecture students. Although I had come to our meeting at the RIBA with a series of prepared questions, the conversation soon turned to beauty, writing, publishing, graphic design, the role of the architect, and architectural identity.

Perhaps we could start by speaking about the architectural image or photograph, and what it means to you?

I have written quite a lot about this, including an entire book about architectural images in cinema. In architecture, it is – or has to be – a lived image. Not simply a visual image, but an embodied image. By this I mean that you project yourself into the image. In my view, the most important sense in architectural experience is not vision, but our existential sense. We encounter architecture through our existence rather than looking at it from outside as a visual image. This has been a fundamental change in my thinking. I have also increasingly recognised the role of the body in everything we do; to the extent that even language and thinking are extensively embodied.

Has our relationship with the built environment changed with the rise of virtual reality and digital imagery?

Absolutely. I’m very critical about the digital world. I would be foolish to argue that it is of no use – it is of great use in medicine, sciences, and architectural production. But it is of rather little and dubious use in creative work.

In comparing production to creation, how would you compare the digital to the analogue image?

The analogue method engages you as a whole being into the work. You think through your sense of being rather than your intellect and words.

You have previously discussed the words of writer, philosopher, and filmmaker Susan Sontag, who once stated that ‘[b]y furnishing this already crowded world with a duplicate one of images, photography makes us feel that the world is more available than it really is’. She later described the duplication of the real world through the photographed image. Given that digital images are now more readily available than ever, how do you feel about different constructs of imagery? For instance, the collage versus the flat, rendered image or photograph.

The artistic and poetic dimension of architecture only exists in its experience. Real architectural quality is recreated in its experience, by anyone who encounters the work. We still think and teach too much of architecture in material and formal terms. An example is geometric, formal and aestheticised criteria, instead of entering or encountering the space, or the building. Students should be taken to see real buildings and real works of art, rather than learning from second-hand descriptions or photographs, because the poetic reality only exists in that encounter. It is not an accident that some of the finest architects in history had no formal education; they learnt by visiting buildings.

How does writing influence your built work? Has writing changed the way you design?

Until a certain time in my life, maybe around the late 1970s, I saw writing and design as separate engagements. I have always loved design work, but was nervous about writing. But I soon realised it was wrong that I felt that I needed to have a theory to prove to the reader. When I design, I have no theory and I am not trying to prove anything to anyone; I am just enjoying the journey of discovery. So, I began to write in the same way. The way I have written for the last 15-20 years is the same way I make architecture. I am making architecture through words.

I closed my architectural design activities eight years ago. I have now been engaged in an art and design project, but for seven years I did not design anything. But I don’t feel like I am lacking anything, because I write with the same intention as when designing.

It is nice to see those two things as similar or relatable disciplines. When writing or reading, one can argue that there is a more immediate questioning of whether the material is good, and that there is a tension between the reality of the words and one’s imagination from those words. So, I guess it could go both ways: writing is designing, and designing is writing.

Yes, I think we have a very high sensitivity to distinguish sincerity and truth, both in examining buildings and writings. I have always aimed for that quality in my work, trying not to misjudge my importance but to do things correctly.

I spent my childhood (during World War II) at my grandfather’s farm, and I never heard anyone in that community use the word ‘beautiful’. But everything that they made was beautiful and turned into beauty. For them, aesthetics was not a special quality. It was the quality of life, sincere life, without naming it separately.

How has that made you feel differently about beauty today?

I have written a few essays on ethics and beauty. Now, I also write increasingly about ecological or the biological ground of beauty. We need a biophilicly grounded aesthetic in architecture.

Architecture is in its biggest trouble since the beginning of modernity 100 years ago, because it has lost its artistic autonomy. It is turning into a service profession. 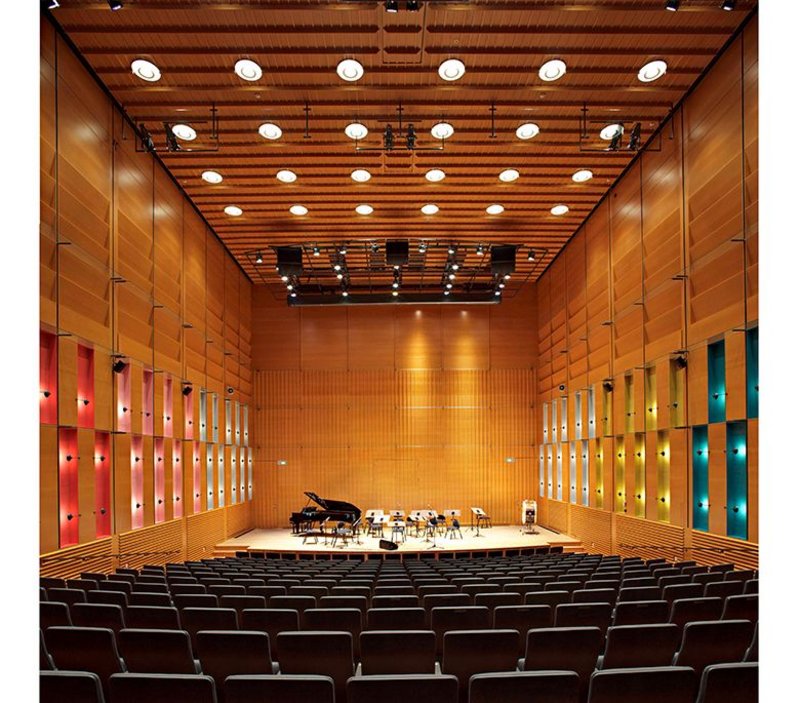 Why do you think that is?

It is the fault of architects themselves. We have given up the traditional role of the architect as a synthesiser and accepted the role of a service provider. So much time is lost in answering to legalities and all kinds of procedures. When I began as an architecture student in the early 1960s, there was a great deal of respect for architects in society. One of the family journals organised a study every second year, where they asked the readers to list 300 professions in the order of their preference; architects were in the first three, far ahead of the president of the republic and the archbishop. Now, architects are placed somewhere in the middle of the list.

We have damaged our own architectural identity. In my country, this began in 1969. I resigned from the Finnish architects’ association for four years, in opposition to the business orientation, when architects began to compete with lawyers and engineers and abandoned the uniqueness of their own profession. In the 1950s, architects were widely read, civilised and wise. Nowadays, they are mostly technocrats. So, we are in trouble but it’s our own fault.

How do you think we can counteract that in the future?

I cannot say, I don’t think that way. I do myself what I think is right. I write about ethical and philosophical issues, increasingly about ecological issues, because those are the survival issues that we must tackle very soon.

In relation to that, could you speak a bit more about ethics and beauty?

I believe ethics and aesthetics are very strongly related, and both have an evolutionary or biological grounding. It is my sincere view that we should begin to think about the evolutionary perspective in architecture and human culture. The spokesman of biophilia, Edward O Wilson, borrows a quote to say that our biggest problem is that we don’t know who we are, and we cannot agree on what we want to become. I think that’s exactly right. It defines our current condition in a simple and complicated way at the same time. I am really interested in the internal complexities of simplicity.

Does that apparent simplicity apply to your writing process?

In a way. I am now working simultaneously on nine books.This is possible because in publishing, the usual process is that the writer is given a very strict deadline and then nothing happens in half a year, a year, two years, three years, and then suddenly you get contacted again and you are asked to read the proofs in nine days (laughs). So, I work on several projects simply to be evenly occupied all the time. These separate writing tasks also advance each other, because they provide and maintain the necessary intellectual and emotional energy and tension.

Are you ever involved in the design or the format of the book itself?

Yes, I used to work as a graphic artist and I still like to design my own books whenever I can.

What makes a good book?

There must be a combination of clarity and poetic suggestion, and it needs tactile qualities. We read with our skin and intestines as much as with our eyes. As for appearance, it must be an appealing object, nice to hold.

Can you share something about the projects you are currently developing?

The project that I have been working on for the past five months is an acoustic wall in an outdoor concert area, made of graphic concrete using 6,000-years-old Finnish rock paintings. Everyone has been excited about it because it takes place in an art centre where only contemporary work is exhibited, and now the oldest art in Finland will be shown alongside the newest.

How are you replicating the rock paintings?

Details or certain entities of rock paintings are reproduced in graphic concrete at one-to-one scale on 7m long concrete walls. The walls will be set into water as Finnish rock art was historically painted next to water, from boats. The water for this project serves two purposes, it suggests the paintings having been made from boats, and it prevents children from scratching them. The paintings are actually made photographically. It is an interesting process, a Finnish invention. You can even make photographs on the concrete’s surface with this method. The images are transferred on film in which the dark areas are of a chemical which slows down the drying process of the concrete. When water is applied to the concrete surface; which is slowed down chemically after about a day of hardening, the retarded concrete chemical washes away, and the image appears.

That process seems to balance digital reproduction with material reaction. One could say the paintings on those walls are much like concrete tattoos or architectural graffiti.

Emily Priest is an architectural assistant and writer, working in London. She interviewed Juhani Pallasmaa before his talk on the role of the image in architecture as part of the Colin Rowe Lecture Series, organised by Centre for Architecture and Visual Arts at the University of Liverpool and the Robert Elwall Photographs Collection at the RIBA