The latest Architecture Anew talk, a RIBA + VitrA season of talks, discussed bodiversity through rewilding – both of scraps of the inner city and tranches of countryside, writes Pamela Buxton 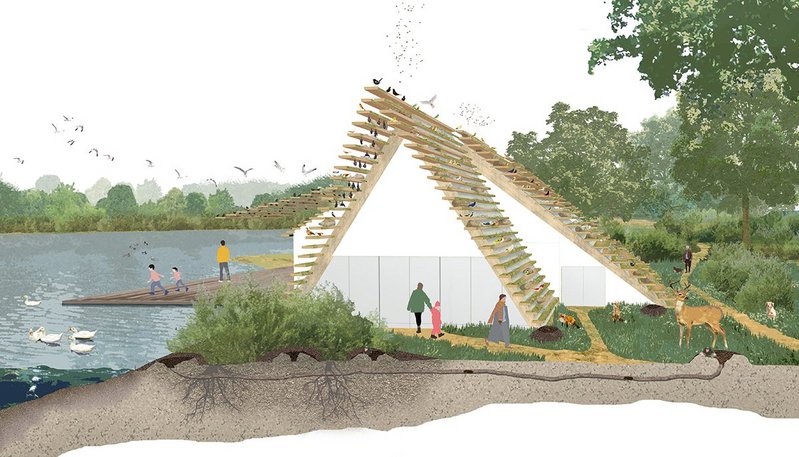 As someone who’s helped deliver 230,000m2 of green roofs, Dusty Gedge was a good choice as chair for Rewilding: Nature Cannot Wait, the fifth in the RIBA’s latest Architecture Anew talk, a RIBA + VitrA season of talks on sustainability.

The president of the European Federation of GreenRoof and Living Wall Associations was certainly clear about what was needed to promote a better understanding of designing with nature in mind.

‘All architects should do as part of their education delivering biodiversity,’ he said. ‘And ecologists and nature conservationists should understand architecture. We need to empathise with one another, not fight our battles.’

This was one of the key messages in an event that took a broader approach to the subject than the title might suggest – from transformations of neglected scraps of inner city to the large-scale rewilding of whole tranches of countryside.

Certainly the concept of rewilding is not, as speakers pointed out, widely well understood. Rewilding Britain’s definition is the ‘large-scale restoration of ecosystems to the point where nature is allowed to take care of itself’. It is not about simply leaving nature alone though. Whether maintaining a lovingly revived urban parklet or restoring arable land to an unfarmed state, human intervention is very much required.

The ‘R’ word ‘continues to be divisive and toxic’, said Gwyn Stacey, senior lecturer at the Centre for Alternative Technology in Wales. He called for a more nuanced conversation around architecture’s direct and indirect ecological impacts, from loss of habitat through to the impact of building ‘consumables’ such as materials, energy, water and waste, and the subsequent impact on biosphere and climate breakdown. 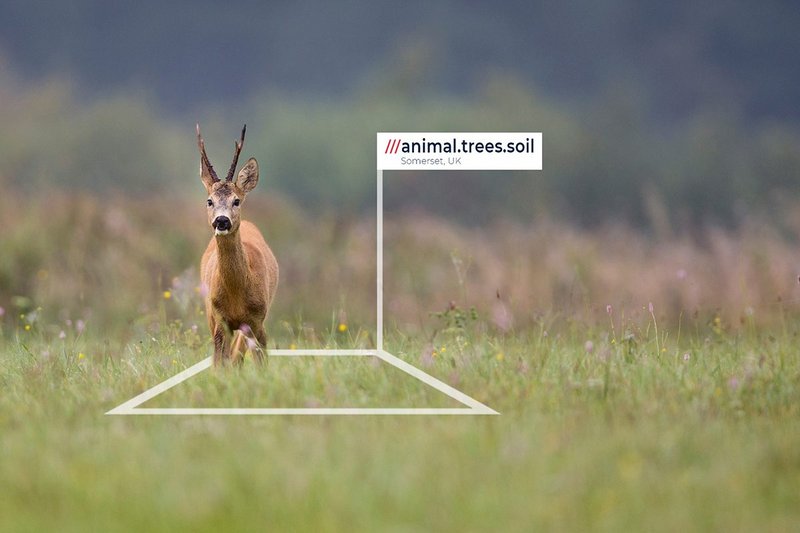 Heal Rewilding’s fundraising includes sponsorship of 3m x 3m squares of land that it can bring back to life through rewilding.

‘Low carbon doesn’t always mean ecologically friendly,’ he said. ‘It certainly helps, but we just have to really tread carefully. Planting more trees, as is often said, alone won’t help us. We need to be thinking in complex ways.’ He advised architects to take advice from ecologists to mitigate both site and wider impacts.

And he said there needed to be a greater understanding of the sensitivities involved in rural rewilding, such as the impact on people’s livelihood and on the implications for food production.

Other speakers spoke about nurturing nature on a variety of scales.

The pleasures and pain of enhancing public gardens in the most challenging of urban locations was eloquently demonstrated by Richard Reynolds, aka the guerilla gardener. For many years he worked wonders in areas such as London’s Elephant & Castle to transform neglected planters and sorry plots of leftover land into thriving pockets of colour and biodiversity.

Initially working without permission at night, he says his motivation was ‘beautification’. But the knock-on effect was, he said, a benefit for both nature and residents, not only visually but as a focus for interaction and gathering.

Depressingly, his work, often created in tandem with local residents, was all too frequently ripped up as it fell victim to the ‘piazzafication’ preferred by some landowners, although he even sowed some of the subsequent building sites with seeds for one last season.

‘Vistas of stone were presented as the only option,’ he says. Perhaps it’s no wonder he relocated to Totnes in Devon, where he’s carrying on his uplifting work.

The natural and built environments shouldn’t be set up in opposition, argued Maria-Chiara Piccinelli of London-based architects PiM.studio. She spoke about how architects can design to integrate nature into their buildings, and showed the practice’s proposal for Sevenoaks Visitor Centre, which encouraged the growth of moss on its roof in a design that was ‘soft and welcoming’.

PiM’s Patio House in Switzerland is elevated to accommodate creatures passing beneath. In-between spaces, she said, can often be where ‘encounters’ with nature can happen, such as nesting in the eaves.

Even in the heart of central London, there is scope to encourage habitats for nature through multiple pockets of parklets, green roofs, walls and balconies, with considerable knock-on benefits for residents and landowners.

This is demonstrated by the Wild West End project, which brings together major landowners including the Crown Estate and the Grosvenor and Portman estates. Project director Jess Kennedy of the project’s technical partner Arup described the project’s strategy for creating a ‘green corridor’ from St James’s and Green Park to the south to Regent’s Park to the north (defined as 100m2 of green space every 100m) with further green routes crossing this.

‘If you provide the habitat, nature will come,’ she said, mentioning sightings of species such as bats, woodpeckers, and black redstarts and the arrival of a green winged orchid on a sedum roof.

Heal Rewilding’s Jan Stannard set out the organisation’s ambitions for rewilding on a large, landscape scale. The organisation is fundraising £6 million for its first 200ha site of ecologically depleted land in the south of England, and plans eventually to have a site in every county.

This isn’t, she says, about land abandonment. Instead, it is about restoring the ecosystem to the point where nature is allowed to take care of itself. Heal Rewilding envisages that the landscape will include spaces for gathering, listening and learning, with income generated from courses and activities such as workshops and foraging.

A common thread throughout the talks was the need for efforts for rewilding and greening the city to be done on nature’s own terms. Achieving this all comes down to education. Architects should ‘be conscientious and embrace the complexity that surrounds this topic’, said CAT’s Gwyn Stacey. ‘Get out there and learn, and then become the educators to our clients, to our communities. Pass that knowledge on,’ he urged.

Rewilding was one of a RIBA + Vitra series of talks. For more Architecture Anew click here