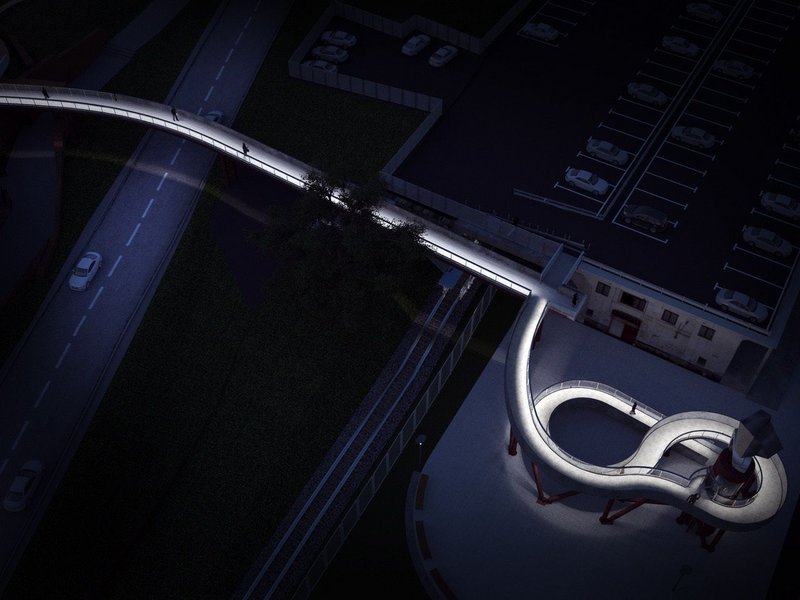 In the new Griffin Gallery exhibition Architecture as Metaphor there’s an engaging work by artist Tony Bevan of a long corridor that draws the viewer right in.

Is this rather oppressive space a metaphor for the journey of life? What’s at the end of the corridor? Is it leading somewhere or is it a dead end? And do we really want to get to the very end to find out?

Who knows what it’s all about? It’s completely open for subjective interpretation – and that’s the whole point, according to co-curator and artist Steve Johnson.

Along with the west London gallery’s curator Rebecca Pelly-Fry, Johnson has put together a collection of work by more than 30 artists of disparate media and concerns but united by the use of architecture within the piece. Most of the works are uninhabited by figures, encouraging the viewer to imagine themselves in that space and draw their own interpretations from the piece.

The anomaly is a trio of visualisations of the Kalemegdan Park bridge in Belgrade, Serbia, designed by artists Richard Deacon and Mrdjan Bajic, which snuck into the show despite being a real project that is now set to go ahead.

In several of the works the architectural elements have an air of disruption and unease. Most compelling are Rob Voerman’s depictions of seemingly post-apocalyptic landscape with ripped apart buildings amid wastelands. Voerman was fortunate to escape the Twin Towers disaster in New York when he was delayed taking up a residency there, and it’s hard not to imagine a link between this and his work, which frequently explores utopia and destruction.

In Johnson’s own work, the ground is cut away to create a vertiginous drop that maroons the subject. We wonder what could have happened, for example, to the rest of the house in Academic Angst, 2017, when all that’s left is a wall with a door, radiator, bookcase and a lamp that is dangling helplessly without the table it had just been standing on before the rest of the house seemingly fell away.

Several artists use isolated building components. Owen Bullett’s Raft is conceived as a ‘solitary survival platform’ – a normal floor on the surface but with its timbers coiled underneath, as it becomes a raft that keeps normality afloat.

Rachel Whiteread’s disrupted herringbone parquet floor also hints at a seismic displacement below. This sits well with the adjacent, contrastingly pristine, Gate by Michael Craig-Martin, conceived by the artist as isolated yet beautiful and resonant.

We don't know if we’re on the outside looking in or vice versa with Arturo Di Stefano’s Florentine Window, which depicts a church window with a glowing light beyond. Could this be interpreted as religious fulfilment, shining out but somehow out of reach to the observer?

With its bright, alluring blue, Stephen Robson’s Port looks like a depiction of the Mediterranean sea but is actually Dover harbour. Could the port’s narrow physical entrance perhaps be read as a reference to the UK’s unwelcoming immigration policy? 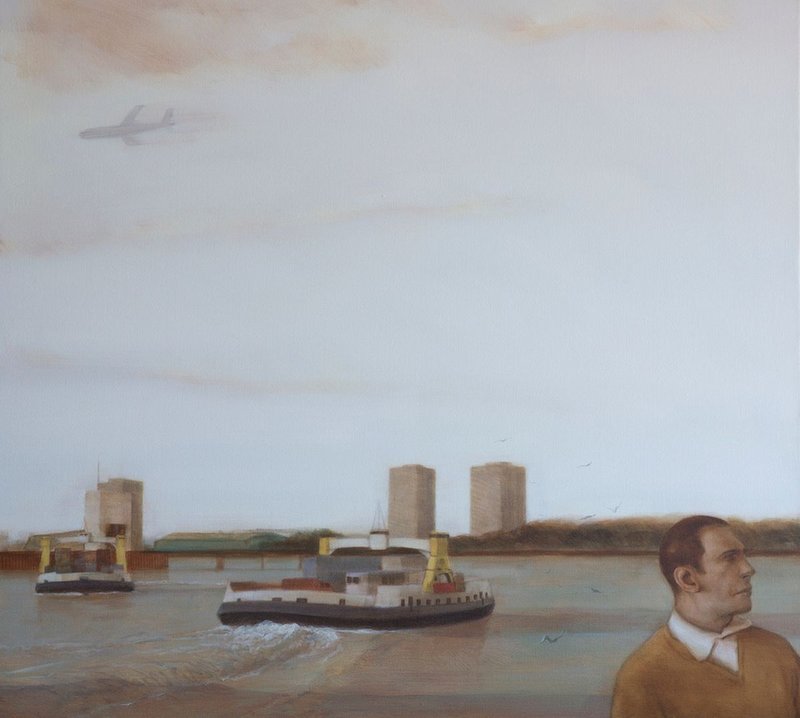 Myriad interpretations aside, there’s plenty that can be enjoyed on a more straightforward level. Evy Jokhova’s shimmering Puddle is the filmed reflection in a puddle of a tower block on the Regent’s Canal in London, the building veering mesmerisingly from blurry abstraction to clarity. Wolfgang Schlegel’s Life on Noglu sculptures are small and appealing science-fiction-like settlements created on shards of wood and held in place by magnets (no glue).

In Jemima Burrill’s film Cleaner, the actor uses her body rather than conventional cleaning materials to clean a house. She tackles the dust on a mantelpiece with her nose, licks a mirror, and dusts the bannisters by sliding down them. I’m not sure what meanings to glean from all this, but the sight of someone using their head to clean a toilet, then flushing to clean their hair, is one not easily forgotten.