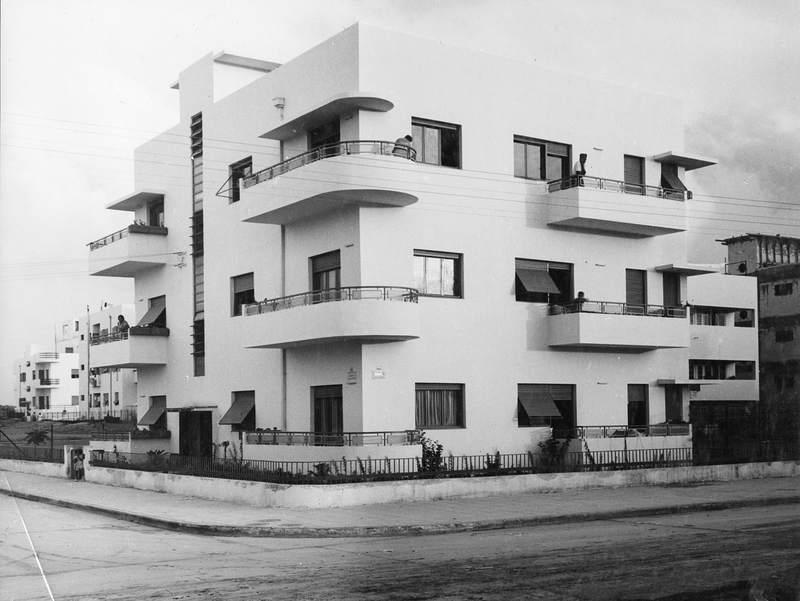 Known as the White City, the area of Tel Aviv populated by buildings in the international style, designed in the 1930s by émigré architects from Germany and central Europe, has acquired the status of Unesco World Heritage site. Photographer Helene Bieberkraut (1896-1983), born in Cologne, moved here  in 1934 with her husband, engraver and model maker James Bieberkraut – probably due to the recent rise to power of the Nazi party. Helene had learnt her craft in Munich, where she had her own studio specialising in portrait and architectural photography. In Tel Aviv she captured the new Bauhaus-inspired architecture, as well as her husband’s models of the same structures. The apartment block in this image, designed by little known architect D Gändler, was one of many built in the decade. They often included various services for the residents, such as childcare, storage areas and postal services. Despite a long period of neglect, most buildings of the White City have survived and retain many of their original features, and many have now been restored.