Swiss exhibition shines the spotlight on a little-known world 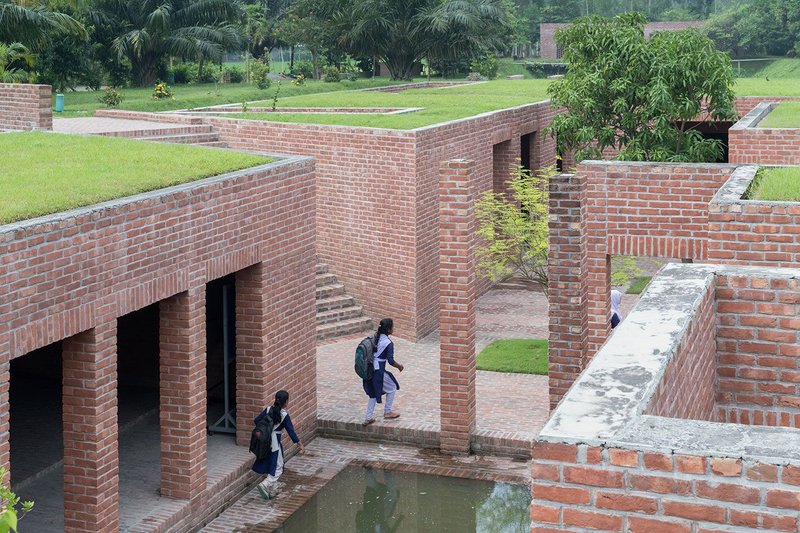 On a pilgrimage to see Louis Kahn’s National Assembly Building of Bangladesh five years ago, Swiss architect Niklaus Graber became interested in what he soon realised was a very lively architectural scene in Bangladesh.

It was to be the first visit of many, leading eventually to his curation of the new exhibition at the Swiss Architecture Museum (S AM): Bengal Stream – The Vibrant Architectural Scene of Bangladesh. This has the distinction of being the first ever overseas exhibition about Bangladesh architecture.

So why has it taken so long for this subject to get any attention? One factor is that the profession is relatively new in Bangladesh – the first architecture school was founded by Americans in the 1960s although there are now many more. Also, says Graber, the sense of an architecture scene has only emerged recently, partly due to architects in the country being naturally reticent about promoting themselves.

‘It was always a bit in the shadows,’ according to Graber. ‘But the scene has grown in the last 15 years and has become a driving force in society.’

The exhibition features 64 projects by 30 architects mainly from the 1980s to present day, with scenography by Graber in collaboration with Bengal architect Salaudin Ahmed. The more recent work is set in context by an important section on the late modernist work of the 1950s-70s, reflecting on how modernists working in Bangladesh drew on Bengal cultural roots and vernacular architecture in their work. While Kahn’s work is best known, he wasn’t the only American architect active in the country at the time, with other notables including Paul Rudolph and Stanley Tigerman. All three owe their work in Bangladesh to the architect Muzharul Islam (1923-2012), who was, and remains, a hugely important figure in Bangladesh architecture.

He was instrumental in bringing the trio, who he had met during his studies in America, over to Bangladesh. Commissioned to design the Dhaka Parliament building, Islam instead stepped back from the project and generously invited Kahn to propose a design.

‘He was rooted to the past, but radically modern as well,’ says Graber of Islam. ‘His work is a hybrid between East and West, and between past and present.’

These figures remain touchstones for architects in Bangladesh today.

‘They are constantly referring to vernacular but also to Louis Kahn and Muzharul Islam, who is still very influential,’ he says.

Not that there is one single school of thought among Bangladesh’s current architectural profession. The contemporary scene is diverse and this is reflected in the exhibition with designs for mosques, resorts, schools, homes, village centres and retreats. Some practices work in rural areas in a participatory way with the user and might not even want to be identified as the author. Others may work for NGOs on facilities for Rohingya refugees, for example. In contrast, some practices carry out urban projects for commercial clients.

‘There is a whole range but they seem to point at a common thing – this “Bengal moment”. But the way they get that into their work is very different,’ says Graber.

He identifies spatial porosity as a particular theme in conjunction with the appropriation of the pavilion or traditional bungalow form. Architect Archeground Ltd took this approach in its design of a Loom Shed for Amber Denim in Gazipur, which gives an alternative to the poor factory conditions common to the textile industry. The solution is a low-tech, simple building combining a big protective roof with plentiful natural light and air flow.

At the Friendship Centre in Gaibhanda designed by URBANA/Kashef Mahboob Chowdhury, the architects first designed a dam, which made the flood plain location viable. The village centre itself is inspired by a nearby ruin, and takes the form of a cluster of pavilions for different uses such as prayer, dining and sleeping linked by a series of courtyards.

Graber is pleased with the positive response to the exhibition so far.

‘People are surprised. Not that this architecture happens in Bangladesh, but that we don’t know about it,’ he says.

He hopes that those who see the exhibition may take away some lessons from it, on sustainability in particular.

‘Architecture debate in our hemisphere about form and technology is at an extremely high level but as an architectural profession, we have forgotten some very basic but important things like space, ethics and social responsibility. We can learn from Bengal architects how to get back to the core of architecture.’