The value of each speculative building is hotly debated, but one takes the biscuit

Is there such a thing as an unnecessary building? Even follies have their purpose: incidents in a Picturesque landscape, places of ­resort. The popularity of the Landmark Trust’s ­holiday properties – many of them restored follies of one kind or another – is testament to this. Being extraordinary, you could argue, is reason enough for some buildings to exist. Nobody was clamouring for that modern folly par excellence, Grayson Perry’s and FAT’s A House for Essex, built for Alain de Botton’s Living Architecture. But having been built, it is so popular that you must enter a ballot even to be in with a chance to pay to stay there.

You could argue that Renzo Piano’s Shard in London is unnecessary. Nobody but its developer was calling for it to be built. It does not fulfil a ‘need’ beyond the desire of the developer to make money out of a speculative building. Protests against such places tend to focus on this fact, as they did with the (long since listed) Centre Point by Richard Seifert, which stood empty for years as a tax dodge before finding an office use – and now finding a re-use as superprime apartments priced between £3m and £55m. Necessary? One feels a stab of nostalgia for the 1970s squatters who briefly took the place over.

Then again, London is the pre-eminent city of commerce and most of its admired historic fabric – Bedford Square, say, or Covent Garden, Spitalfields or Belgravia, or any of the swathes of outlying Victorian terraces – are the result of pure speculation. Just floorspace of various kinds. Other cities everywhere tell the same story. Where there is trade and industry there is property speculation – and customers. The only question is the extent to which it is controlled by the state, and balanced by public, non-profit and social enterprise ventures of the kind celebrated by our recent MacEwen Award. This has preoccupied our masters, usually fruitlessly, since at least the time of James I.

Consequently one can appreciate the ­irony in modern-day speculative developers  moving into areas of historic speculation, something that is historically inevitable and in every case controversial. A wealthy, expanding (and physically constrained) city will always have such flashpoints. And while I find it especially hard elsewhere to stomach the rash of buy-to-leave apartment towers for overseas investors and mega-mansions for absentee oligarchs – well, the stock is there and one can (with difficulty, at present) imagine them one day turned over to house the poor.

But I do know of one utterly useless proposed building. A private venture nobody but its backers asked for, that has bizarrely attracted a very large amount of public money for no good reason. A leftover from the days of Princess Diana mania that has very large question marks indeed hanging over the nature of its procurement, to the extent that the process has even been condemned by the president of the RIBA. I give you London’s Garden Bridge. And having given it, I would now like to take it away again. What a profligate use of scarce taxpayers’ money that is. 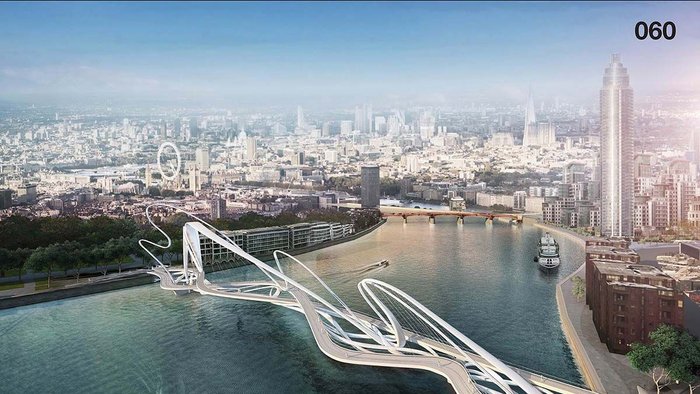