Edwin Heathcote hits the road with a forensic study of the incidental furniture that peppers public space – a paean to the ubiquitous, overlooked and magnificently evocative, says Hugh Pearman 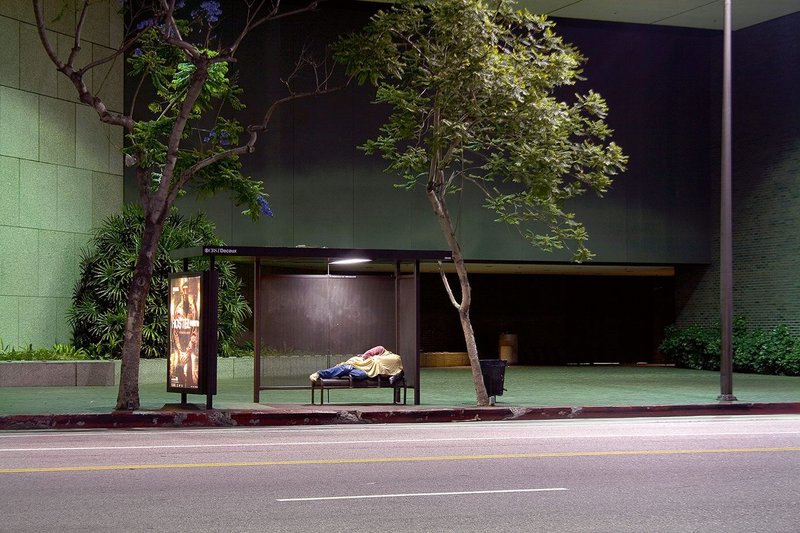 A 2006 image from J Wesley Brown’s series The Riders illustrates the disjunction between the intended and actual use of LA street furniture. Credit: J. Wesley Brown

The essays in Edwin Heathcote’s new book, ‘On the Street’, are personal meditations, really. None of them is more than a few pages long, some are very short, and one consists of no more than an 11-word quote. There are 101 of them, from ‘Advertising’ to ‘Working’, each stimulated by some aspect or other of what is broadly street furniture. This ranges from the curiously orientalist ‘Morris columns’ of Paris to the ornate cast-iron products of Glasgow’s Saracen Foundry, notably its combined circular horse-trough/drinking fountain and gas lamp. But Heathcote is less concerned with street furniture in its own right as an accumulation of overlooked products, rather with the aspects of life that they enable and are backdrops to.

As physical objects they can stick around long after they have outlived their usefulness or (not the same thing) the municipal desire to maintain them: drinking fountains and gas lamps being cases in point, or in recent years the banal superseded cabinets of first-generation fibre-optic cabling.

The huge variety of patterns found in British locking cast-iron coal plates, inserted either in public pavements built over cellars or in the private front paths of Victorian houses, is much more long term. Geeks – Jeremy Corbyn among them – like to ‘collect’ them in photographs, and I salute them for it. They were still in use as late as the 1980s – I had one in working order outside my house, though even then releasing the plate from below and having coal poured down the hole felt like a historic re-enactment. 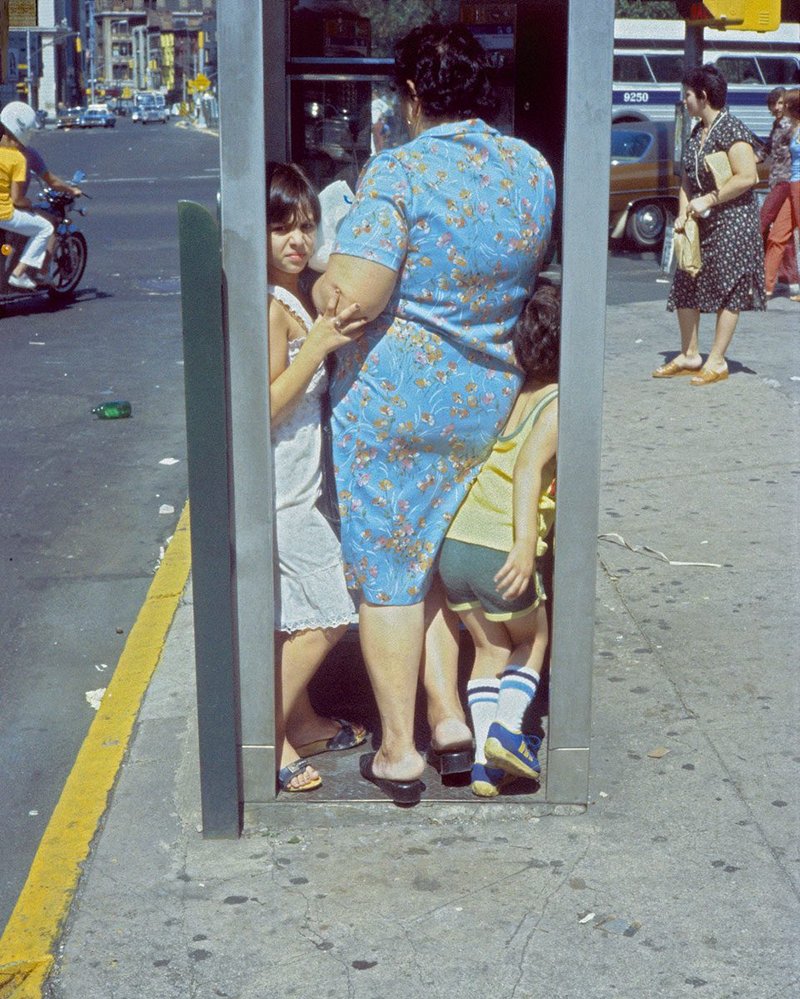 Heathcote fills in the details in his ‘Mining’ essay: that for all their decorative variety and multiplicity of makers such coal plates were of a standard 12 inches across (‘the exact size and more or less the colour of an old vinyl LP’). That made them too narrow for burglars to get in through if left open, or for anyone to fall down. The geeks existed even when they were new: a medical student, Shephard Taylor, obsessively sketched them on his walks in 1869, taxonomised them like a living species, and had them published in a book.

Heathcote, architecture critic of the Financial Times, has taken his cue from Taylor. This book began as a short series of pieces in the FT and then became a larger lockdown project. What could any of us do during a pandemic? If ambulant, we could walk. Heathcote walked, and recorded what he saw and what these things made him think about. ‘It gave me something to do on otherwise interminably repetitive exercise strolls. But it also allowed me the time and space to see and to find things that were, in their own ways, wonderful.’

It is, as he says, a book about public space and the things in it. He recalls the street smells of his childhood: a coffee-roasters close to a public toilet, with objects such as an illuminated sign and a newspaper kiosk completing the scene. ‘Everything in that ensemble is gone now. Some of it may never have even been there, except in my head. Street furniture, like memory, is fragile.’

The section headings describe actions rather than objects: Ascending, Concretising, Littering, Reappropriating, as well as more usual ones such as Streetlighting, Draining, or Balustrading. There is both a Pissing and Anti-pissing section, but not adjacent: strict alphabetical order is imposed. 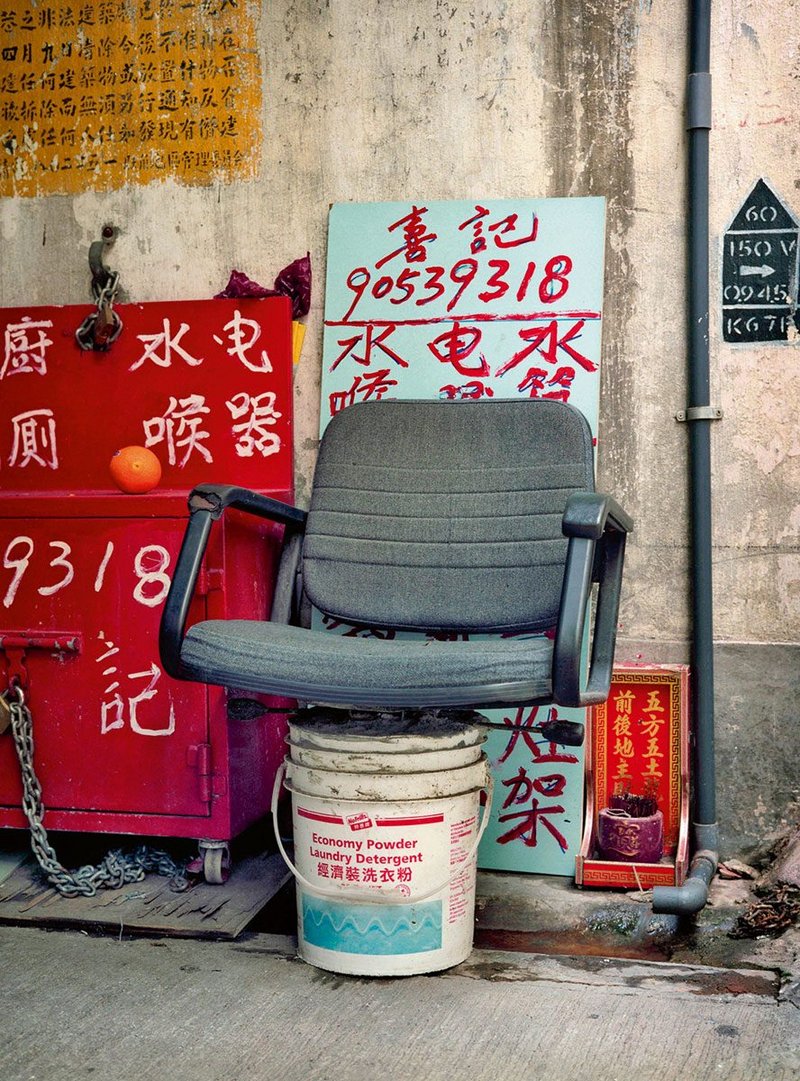 In ‘Recording’, Heathcote emulates Georges Perec’s 1974 attempt to describe everything he saw from a café in a Parisian square in deliberately stultifying detail, which he called ‘An Attempt at Exhausting a Place in Paris’. It was the Place Saint Sulpice, as already recorded in a rainy-day photograph by Edouard Boubat in 1948.

Heathcote chooses a deserted Clerkenwell Green to repeat the exercise even more boringly: a simple inventory of what is there. He finds it incredibly difficult: there’s just so much stuff, from Georgian bollards via CCTV cameras to yellow plastic grit bins. Rain sets in, he gives up after a few hours (Perec managed three days). He then goes to Perec’s location in Paris and discovers that most of the things Perec described have vanished, though ‘the pigeons are as active as ever’. Some might see such an exercise as futile: I regard it as noble, and fascinating.

These self-contained essays, most illustrated, are almost hypnotic. There is some repetition between sections that could have been edited out, but the book more than achieves its aims. The everyday is elevated. After a while, he warns, you can’t stop looking. ‘This strata of street furniture becomes, at first, visible, and then unavoidable.’ He ends his book with a burst of images of some of the random things that have caught his eye. As for what has not, go to the ‘Sculpting’ section consisting only of that 11-word quote. It reads ‘“There is nothing in this world,” wrote Robert Musil, “so invisible as a monument”.’