Thirty golden years of the Welfare State (1945-1975) and 30 years of socio-political objectives and policies expressed in the built form, principally housing, are covered here. This is the first study to look so closely at these and the extent of the power and influence wielded by architects in this process. This is of particular interest when the centrality of the architect in the provision of buildings, particularly in UK, has largely been eroded to that of the pre-contract designer.

The study covers Austria, Belgium, France, Germany, Italy, the Netherlands, Sweden, the UK and some former colonial territories in the form of 15 discrete essays, each from a scholar in architecture and planning, edited by three of these authors.

There was a back-history to the welfare state, located in Austria. Vienna had special status post 1918, as a federal state in its own right where one third of the Austrian population resided. It could levy its own taxes and was seen by its socialist mayor as a model for a future democratic, socialist state in Austria. Financed by a housing construction tax on the rich, rents were set at 3.5% of the income of the semi-skilled and intended only to cover maintenance. Over an 11 year period 10% of Vienna’s population, 200,000 people, were rehoused in city’s traditional site-perimeter blocks, with the difference that the large central courtyards were open to the public. These 400 buildings (the best known being Karl Marx Hof) were dispersed across the city, integrated within the bourgeois city-fabric. The Austro-Fascist putsch of 1934 put an end to the programme.

The Greater London housing story, post WW2, is traced, with the rise and rise of the high-rise block, partly driven by the need to release land in densely packed areas of terraced housing, some bombed and some slum dwellings. In particular this narrative of unintended consequences is illustrated through the extremes of the Borough of Newham (home of Ronan Point) where the combining of two older boroughs, East Ham (relatively affluent) with West Ham (beset by massive industrial pollution and with mean terraced-housing built by small landlords, outside the control of the London Building Act, battered in the blitz) left them struggling to deal with insatiable demand. Adding to this strain the boom in the nearby City office building in the mid 1950s sucked out all the skilled labour. These combined pressures led to the point block solution, which from 1964 saw plans for 3,200 flats in standard 22 storey Lars-Nielson system-built towers. The council’s building programme was for 70% flats, though their unsuitability for families had been articulated by Elizabeth Denby in 1938, when she addressed the RIBA under the title ‘Rehousing from the Slum-Dwellers’ Perspective’.

The book postulates that the machinery of the welfare state was unable to adapt to the rapid changes transforming this area of London. Common themes run through its  heterogeneous narratives. One is the drive to create the ‘open democratic city’, with as much land as possible returned to the public realm. Schemes that interpreted this in nuanced hierarchies of spaces, with thresholds and transitional spaces to encourage social interchange, have survived better than less subtle examples – from the withdrawal of the welfare state and the drive towards privatisation, as community structures had evolved which could fill the gap in maintenance and control. The UK has made a considerable contribution to the debate on how to balance competing needs for privacy and conviviality.

Another theme is that architects trying to influence key decisions of welfare provision, in particular via Team 10, could fall victim to their own aggrandising propaganda when the built result proved unpopular.

A third strand is the emergence of public disillusion with paternalistic top-down planning and the demand for meaningful engagement with end users. This highlighted the impossible conundrum presented to the architects of the welfare state (identified 1962 by Aldo van Eyck) of relating to a client who had disappeared within a bureaucracy.

One of the more poignant papers covers the mould-breaking endeavours in public engagement by Giancarlo De Carlo to try and resolve the conundrum of mass housing in a democracy. Trained in the urban culture of CIAM and influenced by the debate on British new towns, he embarked on a very thorough public consultation with the 3,000 people to be housed at Matteotti village for steel giant Terni. The whole process took over a year, involving the production of numerous design models and concluding with over 40 variations of housing type. But only 25% of the planned settlement was built, and that without communal amenities. This was the result of opposition from residents of the old, 1930s, village, who wanted land rights and were backed by the catholic church.

One conclusion of this diverse history must be that factional dissent on the political left led to the disintegration of the consensus that supported it, and ultimately to the fall from grace of the welfare state itself. Mäkisches Viertel, outside Berlin, vividly illustrates this. Built between 1963-1973 it was planned for 50,000 residents. In 1968, student-led dissenters complained that it was a series of monotonous prison-like barracks. The radicals later changed their minds, as the landscape and communal facilities were completed, but by then it had become a cause célèbre of the political right. Building was halted when the population reached 30,000. A survey in 1986 showed resident satisfaction at 69%.

Poverty and deprivation are discussed less today than in the 70s, although the wealth gap is greater and housing for the poor is worse. This book is an essential aid to understanding the international discourse between architects during the 30 golden years and the way it was shaped, enabled and constrained by socio-political and economic frameworks. 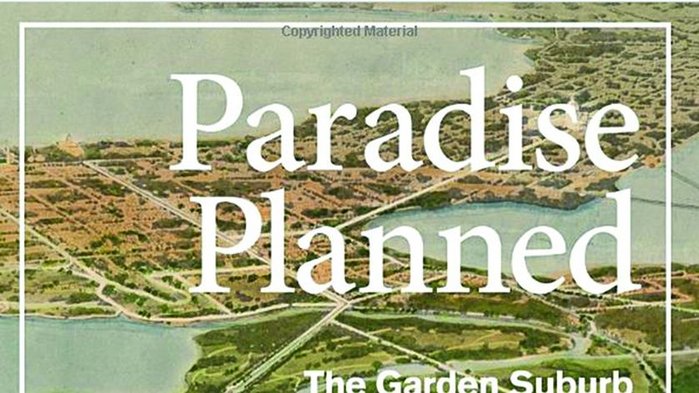 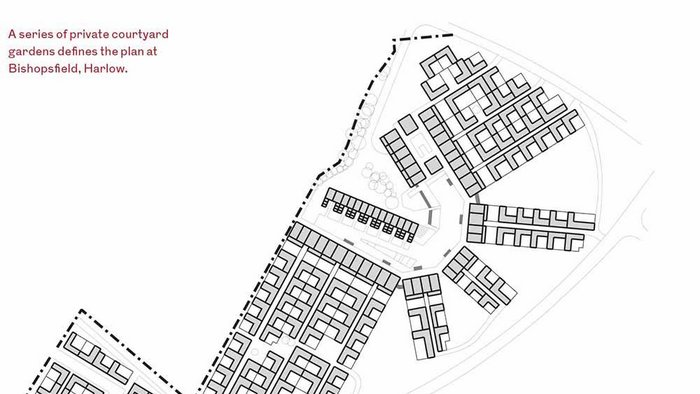 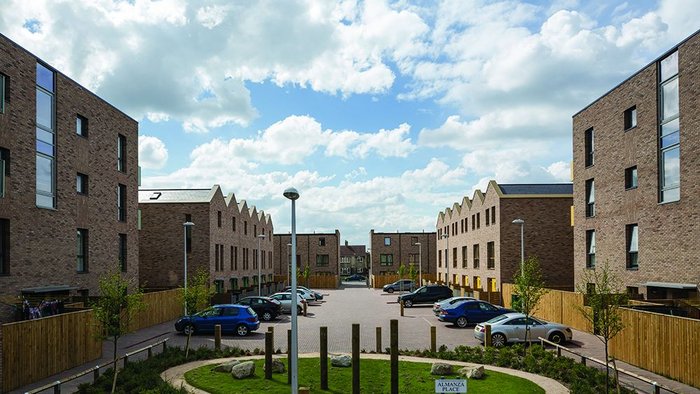