JTD’s talks and exhibition probe the ethics of restoration 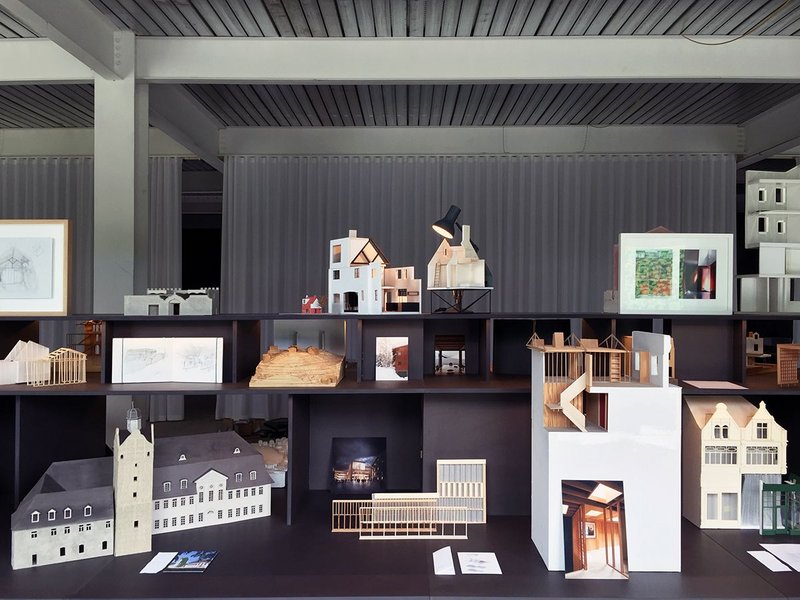 Building on the Built installation.

In the exhibition and talk series Building on the Built, Jonathan Tuckey Design (JTD) mines a rich seam of debate on the ethics of building restoration and remodelling. As a context for a display of JTD’s work over the last 12 years, the exhibition cites the opposing stances of John Ruskin – who advocated celebrating the layers of history in a building rather than what he regarded as deceitful restoration – and that of Eugene Viollet-le-Duc. The latter favoured a more fanciful approach to restoration that used new interventions to ‘complete’ a building in a way that may never have existed in the original.

These different approaches touch on questions that every architect wrestling with existing buildings knows only too well. How much of the original building, and subsequent alterations, should be saved without compromising the success of the reinvention? When does restoration in the style of the original become fakery? Should new interventions be made explicit and if so how should they relate to the original?

‘It’s on our shoulders whenever we do any project,’ says Tuckey, adding that it’s up to the architect to make a judgement on the best option for the particular circumstances.

'There’s no right or wrong. But your approach should come out of research and study and consideration,’ he says, adding that rather than act as constraints, these issues should excite.

While the ethics of restoration form the theoretical backdrop, the physical environment for the exhibition is a temporary display space in Stable Street within the fast-transforming former King’s Cross railwaylands. The exhibition is appealingly arranged as an assemblage of models and sketch books along one large table inspired by the Joseph Gandy painting, 1818 Public and Private Buildings Executed by Sir John Soane.

All the projects on display demonstrate a negotiation of the old in tandem with the introduction of the new. These include a competition entry for the Greifensee Culture Centre in a historic building in a lakeside village in Switzerland, and Collage House – an extraordinary transformation of a 19th century steel fabricator’s workshop in north London.

Other UK work includes the creation of a new home for a chamber orchestra at an old rectory in Alpheton, Suffolk, which involves the conservation of a 15th century barn. Appropriately for the location, the display also includes JTD’s interior architecture for the Gasholders development, under construction nearby, with the real thing visible through the window of the exhibition.

While this is a relatively small show, the series of talks gives more opportunity to explore what is a very big and omnipresent subject.