Double-tier triumphal arch is a masterpiece of the Neapolitan Renaissance 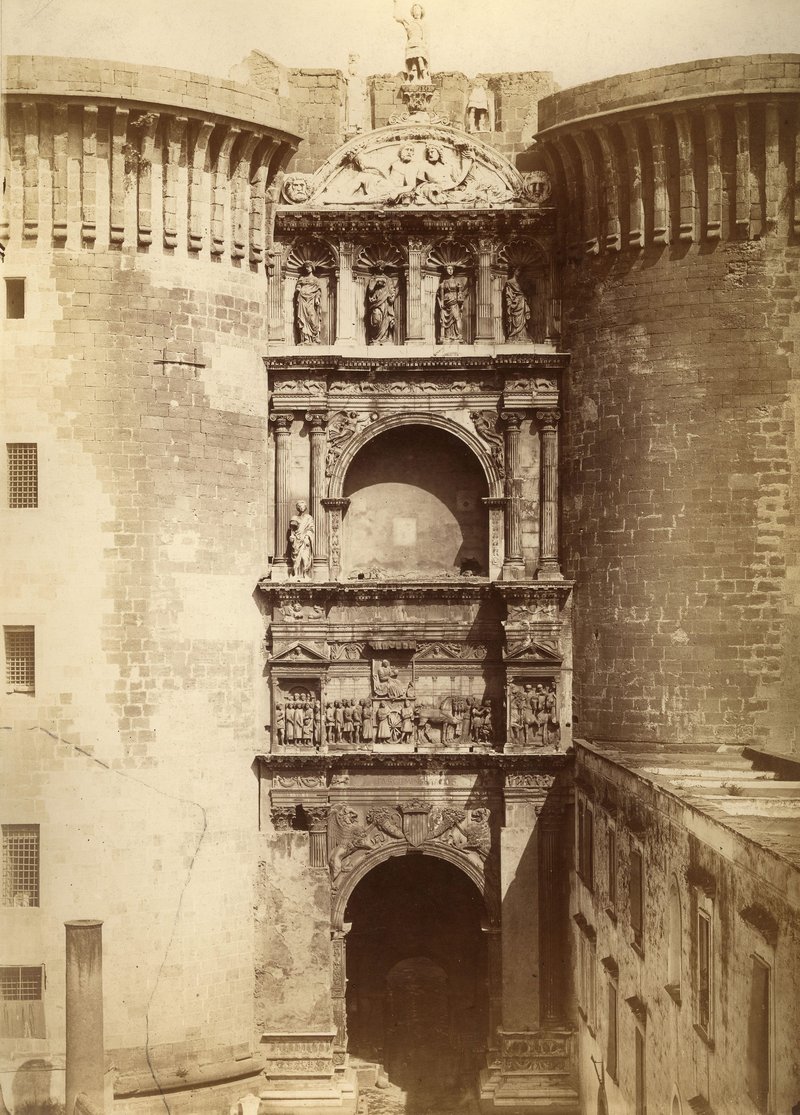 Originally built in the late 13th century by Charles I of Anjou and located by Naples harbour, the Castel Nuovo (New Castle) was almost entirely rebuilt by the city’s new Aragonese rulers between 1453 and 1479. The resulting imposing structure, with its five round towers, had a defensive as well as representative role. Two of the towers flank the entrance to the courtyard, a gate in the shape of a double-tier triumphal arch that is considered a masterpiece of the Neapolitan Renaissance. Created by artists of various origin, especially brought to the city, it probably owes its design to Francesco Laurana, one of the most significant sculptors of the 15th century. The relief between the two arches represents the entrance of Alfonso of Aragon into the city in 1443, while statues of virtues stand in the four niches on top. The castle continued to be the seat of the kings of Naples until the early 19th century and is to this day one of Naples’ main architectural landmarks; it is also commonly called Maschio Angioino (Angevin Keep), in reference to its original builders.