India’s pre-eminent architect and disciple of Corb, whose designs include the Mahatma Ghandi memorial complex and Toronto’s Ismaili Centre 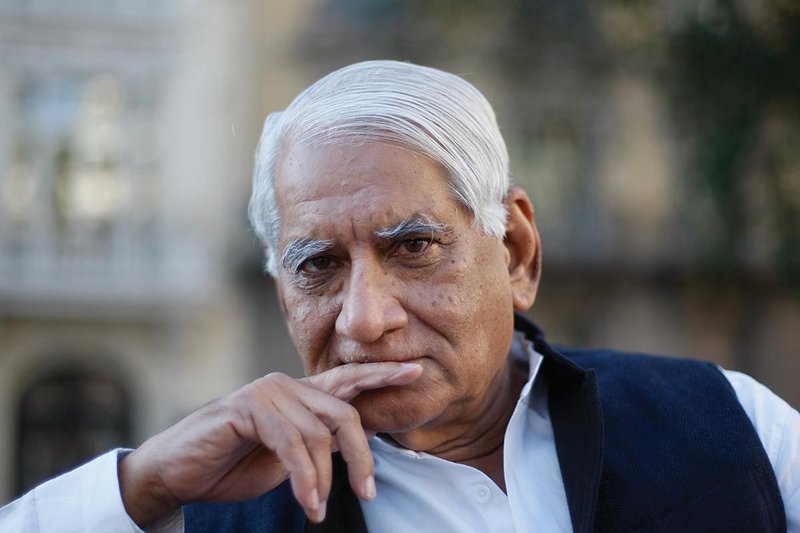 Charles Mark Correa had presence, physically and intellectually. Tall, silver-haired from middle age, combative in debate and with a mischievous wit, he was an acolyte of Le Corbusier but whose own work went in a very different, more mystic and organic direction: an architecture that grew up with and helped to define modern, independent India. For him context was everything, whether that was for a cultural centre or a complete urban district. He received the Royal Gold Medal of the RIBA as early as 1984, the Praemium Imperiale a decade later, and the Aga Khan Award in 1998, and came to be known as modern India’s greatest architect.

In 2009 in the RIBA’s Florence Hall I was in the replica Cabanon on display there – Corb’s holiday hut – when the lofty, unmistakeable figure of Correa appeared in the doorway. We’d not met for years. He’d been in Lisbon, overseeing his Champalimaud Centre for the Unknown, arguably his last great work (it was to open in 2011). For him, he explained, Lisbon and London were both relatively close in Europe so it was worth taking one more flight just to experience the Cabanon.  He appeared to more than fill it. We met again in 2013, when his exhibition at the RIBA celebrated his gift of his lifetime’s archive to the Institute, a very valuable resource indeed as the exhibition demonstrated.  There was the sense that he was tidying up, to an extent getting his affairs in order.

We finally crossed paths in Toronto in late 2014, at the opening of his Ismaili Centre there, sharing its parkland site with the Aga Khan Museum by Fumihiko Maki.  Correa’s prayer hall in the centre, a beautiful space beneath a double-skin opalescent glass roof that acts as a beacon at night, is all about the numinous quality of light and that, he said, was something he owed to Frank Lloyd Wright.  No trad architectural religious references for him (as it happened a Roman Catholic), rather something subtler. ‘You have to have the freedom to speak in your contemporary voice,’ he said. ‘You devalue that if you just make a cartoon version of history. There’s no need to do golden domes.’  Tiring quickly by then, it seemed to be with satisfaction that he announced:  ‘This is my last building.’

He received the Royal Gold Medal of the RIBA as early as 1984, the Praemium Imperiale a decade later, and the Aga Khan Award in 1998, and came to be known as modern India’s greatest architect

Correa crossed cultures. Born in what was then Hyderabad (now Secunderabad), he started his studies at the University of Bombay, proceeded to the University of Michigan, thence to the Massachusetts Institute of Technology. He learned from both Louis Kahn and Richard Buckminster Fuller, and returned to an India where Le Corbusier, Max Fry and Jane Drew were building Chandigargh. He was later to adopt the large round black-rimmed spectacles associated with Corb. But when he set up his practice in 1958, he steadily developed his own voice through such projects as the Mahatma Gandhi memorial complex in Ahmedabad, completed in 1963 and – thinking on the very large scale – his 1964 proposal with Shiresh Patel and Pravina Desai for New Bombay. Though he became chief architect for the new city from 1970-75 and was in 1985 made chairman of the National Committee on Urbanisation by prime minister Rajiv Gandhi, he experienced frustrations in being only partly allowed to achieve his urbanistic intent.

Architecture that is open to the sky, the courtyard form, the labyrinth, the mandala, deployment of the ordering and enclosing geometry of the curve – these are Correa’s architectural legacy. Typically, when he finally engaged with high-rise building in the Kanchangjunga apartments of 1984, he cut deeply into the form to bring in the light and air. This was housing for the affluent, but all his life he worked on low-cost housing schemes as well. His 1962 ‘tube house’ in Ahmedabad should be studied by anyone interested in compact, replicable mass housing.

Although he was commissioned to design housing in Peru as early as 1969 and in the 1970s was a consultant to the United Nations HABITAT, It was relatively late in life that he began to acquire significant commissions outside India – returning to his alma mater MIT in a collaborative team to build the McGovern Brain and Cognitive Science Complex, completed in 2005.

Correa was above all an architect of conviction, social purpose and lyricism. As his old friend and architect colleague Jasbir Sawhney said in tribute: ‘To me, what Satyajit Ray is to films and Tagore to poetry, Charles Correa is to architecture in India.’