Architect, writer, teacher and theorist who believed above all in making places that enable people to be happy, creative and connected

For those who believe the beauty of architecture – its warmth, sound and texture – is drowned out by the clamour of capital, shoddy braggadocio and celebrity shape-making, Christopher Alexander, who has died aged 85, is a hero.

A prolific writer, thinker, teacher and builder, Chris is best known for his 1977 work A Pattern Language, one of the New York Times’ 100 best non-fiction books of the 20th century. It’s a lovely thing: 253 aphorisms, each setting out a happy arrangement of the built environment, from self-governing city regions down to ornament and detailing. ‘104, Site Repair: when there’s a nice bit and a wrecked bit, build on the nasty to look out on the nice’; ‘159, Light on Two Sides of a Room: a big window on one wall is glare; two smaller ones, on different walls, is modelling’.

They were to be stitched into a structured language for each project. Alongside architecture, Alexander had studied mathematics, cognition and computer science, and is revered as a systems analyst, with work like Notes on the Synthesis of Form (1964) influencing the development of Wikipedia and gaming. This unification of advanced systems analysis, with things damned as fluffy and subjective – like sunshine, a nice view, or even the word ‘nice’ itself – was radical and progressive, rescuing the world of feeling from being considered unworthy of study and enshrining human health and wellbeing as objective truths, to be sought and designed for.

Alexander was born in Austria in 1936 and escaped with his family to England in 1938. His studies took him to the US and a 40-year professorship at UC Berkeley. A titan of liberal America, he seemed to chime with its hippy ideals but rejected its laissez-faire relativism. He was clear that for any given place and time there was only one correct answer, one place to put the door.

The practice Chris founded in 1967, the Center for Environmental Structure, completed numerous buildings, including the Eishin high school outside Tokyo and a visitor centre at West Dean College in Sussex. I worked with him in the mid-1980s as a carpenter, model-maker and draughtsman, and saw that architecture didn’t come easy to him. It took me time to understand that this was not in contradiction to the brilliance of his theoretical work but the cause of it: struggling to work out where the door most comfortably sits helped him synthesise, then describe, a whole theory of design.

That was expounded in a four-volume treatise, The Nature of Order (2002). Chris saw this as his masterwork and explained that while the Patterns were nice, as snapshots, he sought the underlying laws behind all great architecture that were also observed in nature and great art – like boundary (from cell wall to defensible space), local symmetry (an object settles into symmetry until another force acts upon it) and, above all, simplicity (nature, in all its complexity, is only as complex as it needs to be). These key observations are as significant as any in modern thought, but their lean brilliance was buried in a 5-kilo slab of extended explanation and mysticism.

There is a sense that the celebrity shapemakers have seen him off. Peter Eisenman, who Alexander debated and insulted, said Alexander ‘fell off the radar screen some time ago. He got off into being cranky’. But the heart of that crank is clear and true: architecture is about making the places where we can be happy, connected and creative. We forget that at the risk of our irrelevance, and remember it to the advantage of humanity.

Chris is survived by two daughters, Lily and Sophie, from his first marriage to Pamela Patrick, and by his wife, Maggie Moore. 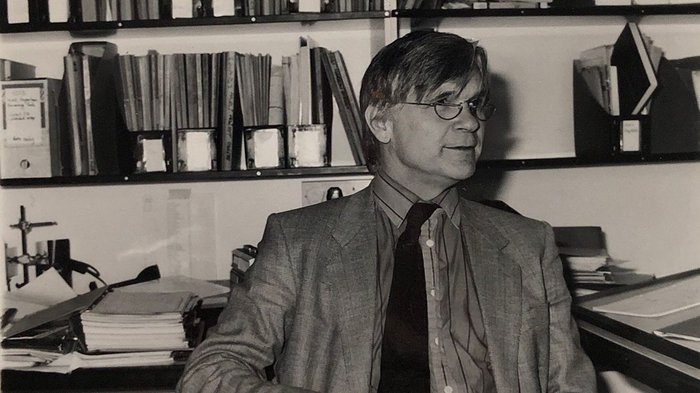