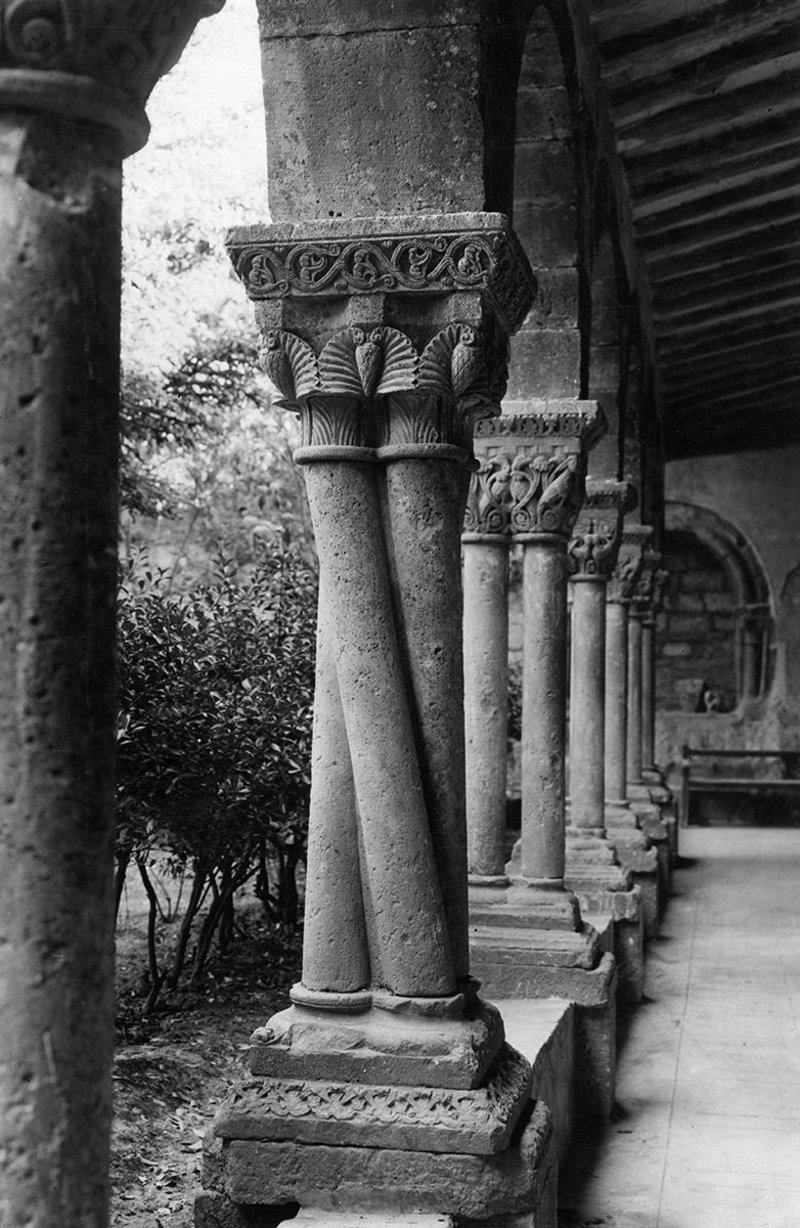 Romanesque art arrived in Spain from France along the pilgrimage routes to Santiago de Compostela, specifically through Catalonia, Aragon and Navarra. It spread in the northern part of the peninsula, while architecture in the southern part was still heavily influenced by Islamic culture. A great number of Romanesque churches were built in the 11th and 12th centuries, featuring stylistic varieties according to the region; many were characterised by remarkable sculpture, and some also contained fine frescoes. The church of San Pedro de la Rua, located on high ground overlooking the medieval city of Estella in Navarra, was built in different phases from the 12th to the 17th century. The cloister, built around 1170, is one of the most remarkable parts of the church even though two of its galleries were destroyed in the 16th century. Its sculptural decoration combines the iconography of the Pilgrims’ Way with motifs of plants and fantastic creatures, while the twisted columns seen in this photograph provide a stunningly original support to the central set of arches of the west passage.