Collaboration proves harder than it looks in New Delhi 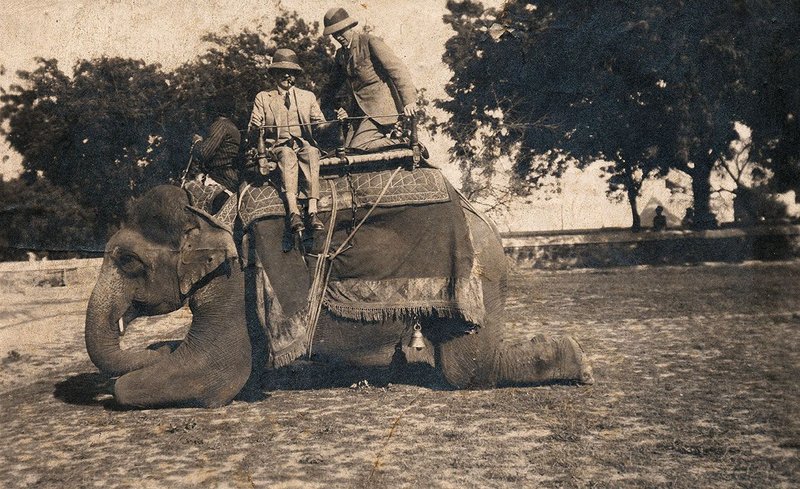 For me any photograph with an elephant in it is a good photograph. And this one is carrying a significant load: Sir Edwin Lutyens and Herbert Baker (right), in India, in 1913. There can be only one reason for this, as announced in the RIBA Journal of 8 February that year: ‘The New Delhi: Appointment of Government Architects’. Welcome to the second of our 125th year archive explorations, closing the second decade of the RIBAJ.

This ought to have been an even hotter potato than the brouhaha over the near-­contemporaneous competition for the new Federal Capital of Australia in 1911-12, which the RIBA had boycotted – and instructed all its imperial outposts to boycott. This was on the grounds that there was not a proper jury process, final decision being reserved for the Australian minister for home affairs, King O’Malley. Though at New Delhi a competition was initially promised but reneged upon.

In the House of Commons in December 1912, the RIBAJ reported an MP asking:  ‘Will the pledge given [for] an open competition for these buildings be carried out?’ Junior minister Harold Baker (no relation) replied: ‘if a pledge was given, I am sure it would.’

It was not. Lutyens and Baker were appointed directly on the say-so of the Viceroy of India, Lord Hardinge, and were described, in a report quoted from The Times, as being of one mind. ‘They both have genius, they both have their best years still before them, and they were trained in the same school. Mr Baker’s ideas for the new capital are known to represent Mr Lutyens’ own view’. 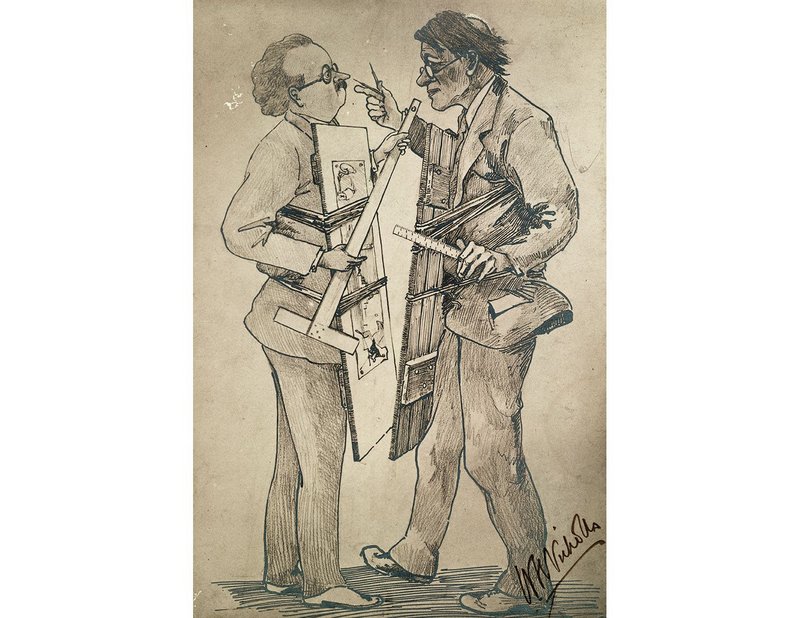 By 1913 Lutyens and Baker were already fighting, as this caricature by a colleague shows.

In the House, things were less emollient. Where was the promised competition, demanded MPs? Harold Baker was back at the dispatch box, asserting that events had make it necessary to take an earlier decision. The RIBAJ reported him saying. ‘Early in January the Viceroy telegraphed a suggestion for the appointment of Mr Lutyens and Mr Baker. The latter gentleman was in South Africa, and it was necessary that he should return without delay. In a matter of this kind they were bound to consider the opinion of the Viceroy….’ and so he blathered on. It was a stitch-up.

One thing needed deciding, however, one which had been concerning RIBAJ readers for some time: what was the appropriate style for the new capital of India? Baker had made his pitch in October 1912 in a reported letter to The Times:  ‘The classic style of Jones and Wren and their followers in the 18th century’.  For Baker ‘the pride of Indian Architecture, the dome, has its highest manifestation in St Paul’s.’  But his namesake in the House reported: ‘the Viceroy had expressed himself strongly in favour of an Indian style of architecture.’  Lutyens was in accord, his Mughal- influenced Viceroy’s House with its very ­Indian dome being the magnificent result.

The impending Great War would slow progress but meanwhile Lutyens and ­Baker embarked on their own personal war, as shown in the caricature above by WH Nicholls, one-time architect of the Imperial Delhi Committee. Lutyens fell out with Baker over the way the former’s approach road went over a hump, blocking an unobstructed view of the Viceroy’s House.  Soon, however, both men were to be working together on an altogether more sombre series of commissions back in Europe: the war cemeteries.