This characterful show tells us as much about Lord Rogers and his influence as it does about his architecture, says Eleanor Young 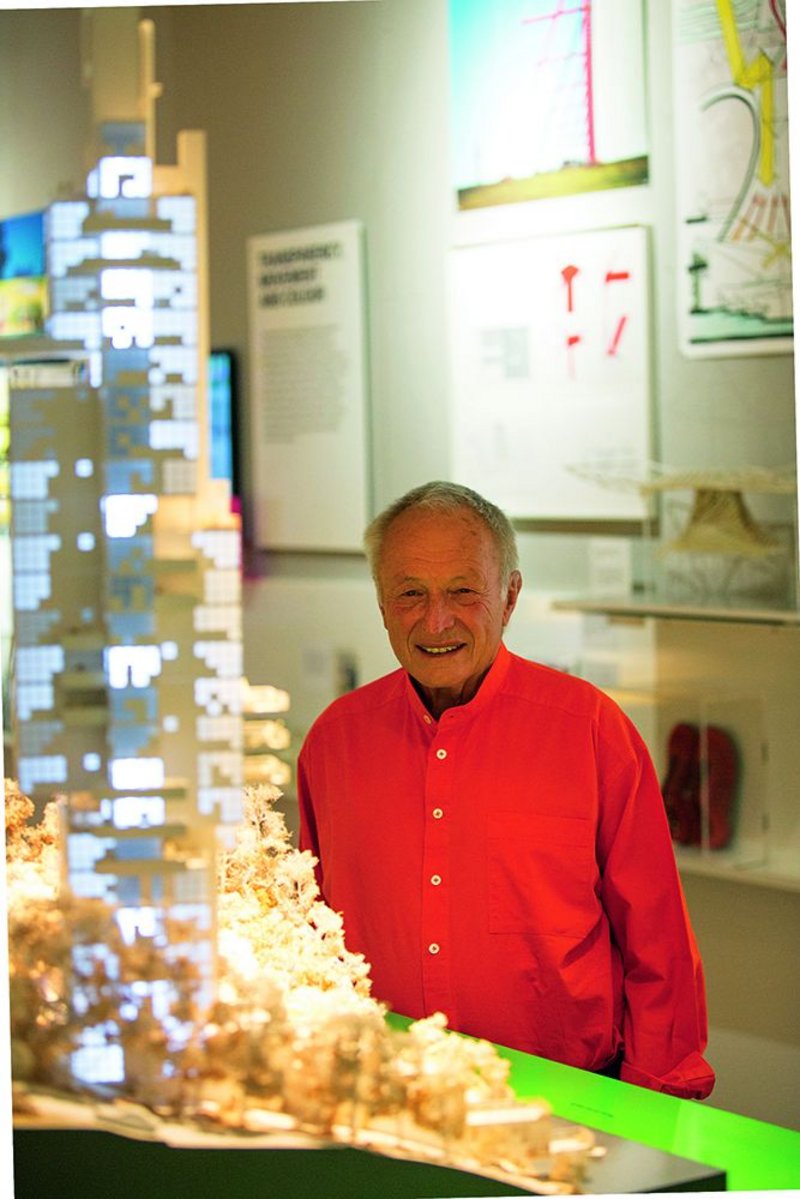 Personable and political: Rogers at the exhibition Credit: Benedict Johnson

Even by the age of 80, few architects can have had the impact that Richard Rogers has. The Inside Out exhibition at the Royal Academy’s Burlington Gardens site is a reminder of how Rogers has not only designed fantastic ground breaking buildings – like Lloyds of London, the O2 Centre and Bordeaux Law Courts – but has also been instrumental in changing London for the better, with the mayor since 2000 and through recalibrating the UK’s planning system on density via the Urban Task Force. And then there is Europe. ‘One of the proudest moments of my career was when the French government agreed to give half the Pompidou Centre site to a public plaza,’ Rogers recalls in one of the quotes that punctuate the show.

Pin boards take drawings up into the heights of the ceilings in the two galleries that contain the meat of the exhibition, beautiful largescale models ride on plate steel tables in the intense colours that mark out both Rogers’ work and shirts. The RA’s Summer Show next door seems like a (well stocked) jumble sale in comparison. A tool belt of paraphernalia, books, notes and photos slung at eye level around Inside Out’s two intense galleries adds texture and team to Rogers’ achievements. So as well as photos of him as Tate trustee (where he helped appoint Nicholas Serota as director), we see the texts he was reading at Yale with Su Rogers at the time he met Norman Foster, his loopy, uneven hand spelling out his ideas on the Tokyo Forum, the work of his cousin Ernesto Rogers and a letter from MP Michael Heseltine accepting his invitation to an exhibition of ideas, London as it Could Be. 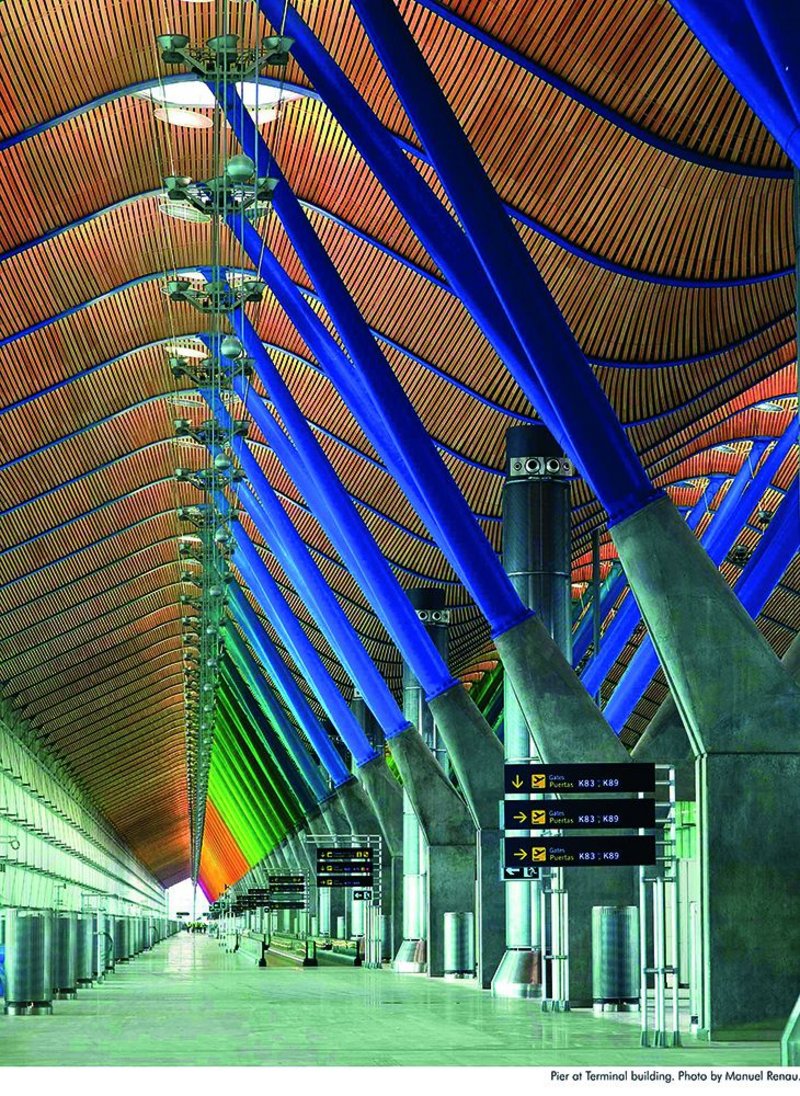 Drawings and objects rather than photography define the show. But who can resist this rainbow shot of Barajas Airports’ Terminal 4? Credit: AENA and Manuel RENAU

This lobbying and offering of expertise to politicians and a modest, approachable way of operating is perhaps what has made Rogers such a significant architectural player in public policy. It made the influential Urban Task Force, which was also of course helped by Rogers’ personal relationship with John Prescott. We see here a model for active engagement by architects with the system and its politicians on behalf of the people. But attempts by his practice to serve people more directly through architecture have struggled. The Zip-Up House never really got beyond the prototype and the practice got to complete only the first phase of unitised Design for Manufacture houses at Oxley Woods, Milton Keynes.

There is a particular pace to the exhibition thanks to the compression and release in both the Burlington House architecture and son Ab Rogers’ exhibition design. The first hint of it is a huge pink Heathrow Terminal Five node that Rogers’ aficionados will recognise from his earlier show at the Pompidou and elsewhere. Having climbed the building’s grand stair you enter through a ‘mousehole’ into an intense pink space, with poster style presentation. It avoids bottlenecks of visitors queuing to read small explanations, but do we want to read about Rogers Stirk Harbour + Partners’ constitution before even seeing a project? The piazza gallery has a similar overscaled set of graphics as if to compensate for the emptiness. But at least this is meant to be filled with people, debating on the staircase, reading on the benches, talking over coffee. It is very in tune with the way Rogers talks about public space and, when packed with people at its talks, will no doubt have a real buzz.

This is a far more characterful show than the mega Barbican exhibition on Rem Koolhaas, and less wearing and worthy than the Whitechapel on Mies van der Rohe. There is a sense of a life documented but also an exuberance and colour that somehow makes radical ideas seem sense. Like Rogers’ life, it is a good a model for design, as much as for political, engagement.  If that sounds too serious, don’t miss the Lego Pompidou model. 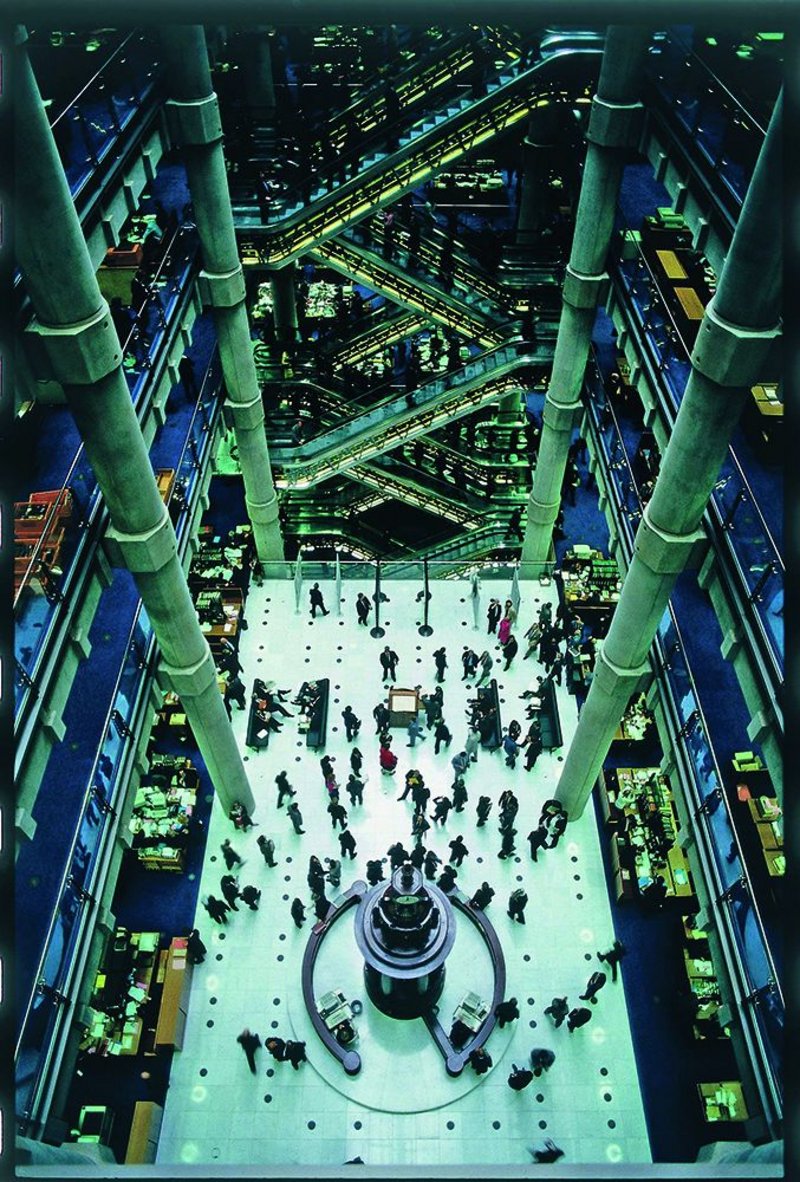