An angry-looking building introduces us to Tokyoids, a collection of photographs of buildings that look like robots by Francois Blanciak. But when did robot aesthetics begin? 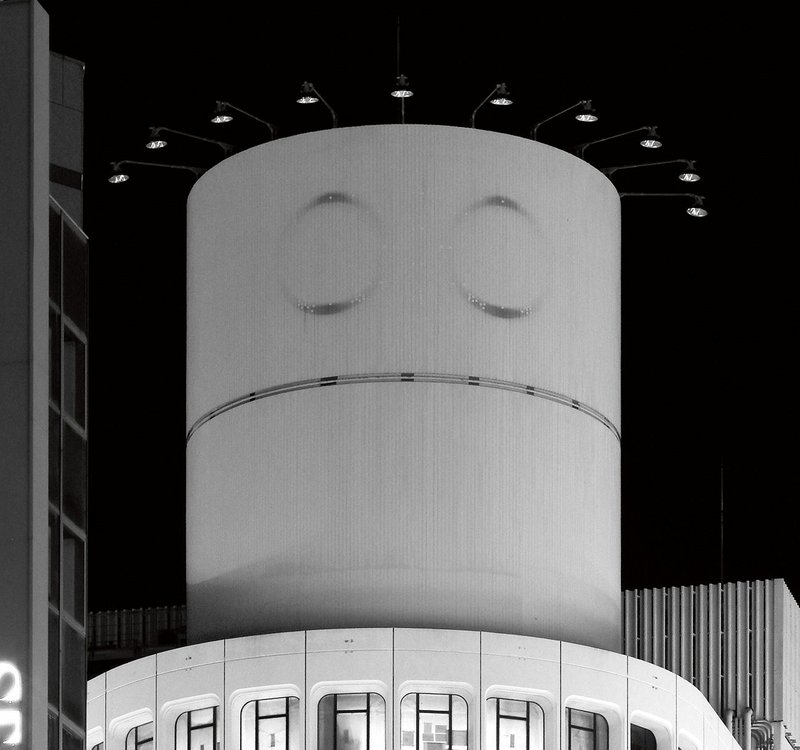 ‘Tokyoids’, by National University of Singapore associate professor Francois Blanciak, on the face of it presents itself as a picture book of Tokyo buildings that happen to look like robots, but its essays run to more philosophical levels. The architect spent seven years living and studying in the city, fascinated by the gradual recalibration of his sense of urban beauty – which, until then, had been set by growing up in Auxerre’s medieval beauty.

Perhaps it was his year spent a decade earlier at Frank Gehry’s LA office, negotiating its complex CATIA software, that triggered Blanciak’s fascination with the digitisation of architecture; while the book’s images focus on robot architecture in the most literal way, the text draws out his thesis that ‘robot aesthetics manifested in architectural theory long before the birth of robotics as a modern science’.

References span millennia, from Vitruvius to the 13th century ‘scale books’ of Villard de Honnecourt and on to Descartes, who inspired French artist/architect and physiognomist Charles LeBrun. He attempted to codify all human emotions by applying a grid to the face to ‘standardise’ expressions of grief, anger or joy as little more than a collusion of Cartesian lines.

Curiously, Blanciak returns to Gehry and his post-modern forays into anthropomorphism, but not before giving due credit to Jean-Jacques Lequeu, oft-lost in the shadow of Boullée and Ledoux, whose eccentric ‘Architecture parlante’, he argues, is the genesis of modernism.

With each chapter named after an emotion, this image appears in ‘Wrath’: a building as ‘angry bot’ – or perhaps just Lequeu’s glaring omission from the architectural canon.