Two exhibitions showing at the Whitworth in Manchester address the fashionable fetish of the ruin. Steve Parnell reports 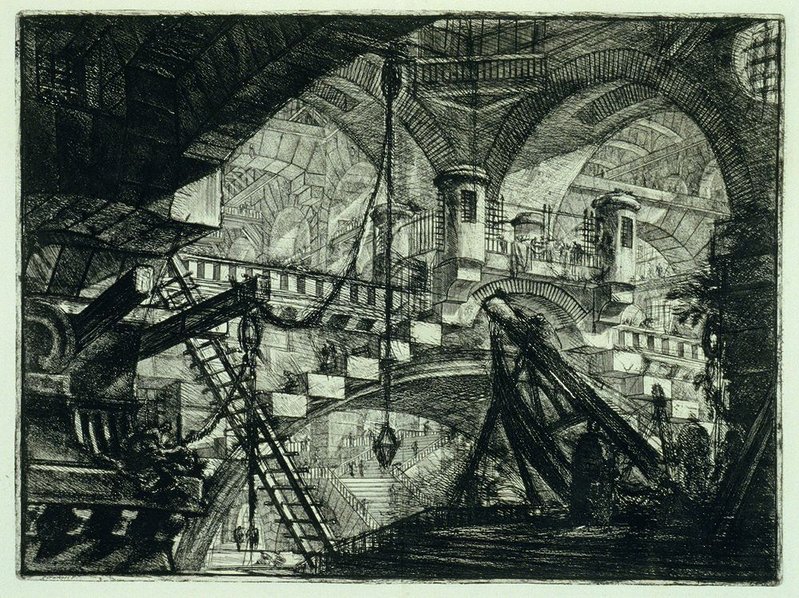 Piranesi's etchings are more pessimistic than Jane and Louise Wilson's Atomgrad series (below) showing the deserted town of Chernobyl.

The main exhibition at the Whitworth Art Gallery, of works by Jane and Louise Wilson, includes Atomgrad (Nature abhors a Vacuum) – eight large-scale prints of interiors of buildings in the abandoned town of Pripyat, the so-called ‘Atom-City’ founded in 1970 to house workers for Chernobyl nuclear power station. At the time of the accident in 1986 with which Chernobyl became synonymous with the dangers of nuclear power, Pripyat had a population of 45,000. Within three days, it was almost completely deserted. Today, it is a growing tourist destination for the urban explorer. Seductive photographs of abandoned interiors, exemplified by Jeremy Gibbs’ 2010 book Beauty in Decay, are common enough to be a genre in their own right today, especially as the urbex community grows online. Despite, or perhaps because of this, I was compulsively drawn to these eight photographs. The desuetude depicted in these beautifully composed, textual, warm prints invites viewers to explore a cataclysmic space they would not normally encounter. Of course, like a building photographed at the beginning of its life, there are no people in the photos, but the image always includes a yardstick. This is less about measurement than a signature or ‘tag’ – a planted flag for the artists to say they were there and that the space is claimed for art. These yardsticks appear in the flesh in the exhibition too, several nailed together to form a sculpture in the entrance in a weak attempt at constructivism.

Although the spaces in the photographs are obviously abandoned, with textbooks still on the classroom’s shelves, they have also clearly been subject to vandalism and plunder. Meanwhile, outside is evidence of rampant nature reclaiming lost territory. The spaces speak of a simple, un-heroic, Krushchev-inspired architecture: tilt-up concrete panels occasionally clad in stone politely taking turns to peel themselves from the wall, elemental timber window and door frames, basic timber and tubular steel furniture, standard issue rather than built-in or bespoke. This isn’t revolutionary architecture of the space age, or nuclear age, or even the Cold War, but of pragmatism, looking far more attractive in its decrepitude than it ever did in use.

Chernobyl is often cited as a cause of the fall of the Soviet Union, both through the billions of roubles it drained from the state in desperate reparation, and as a test of Gorbachev’s glasnost (openness) policy. So in these images can be read the final days of Soviet socialism and its transference from reality to historical record. An accompanying film, The Toxic Camera, makes the banal observation that radiation is dangerous, even to photographic film. Film-maker Vladimir Shevchenko’s camera became so irradiated by being used to document the Chernobyl reactor’s subsequent containment that it had to be encased in lead and buried outside Kiev. The documentary by Shevchenko, who died just months after, runs on a small tv and is a more engaging and authentic record of the catastrophe. 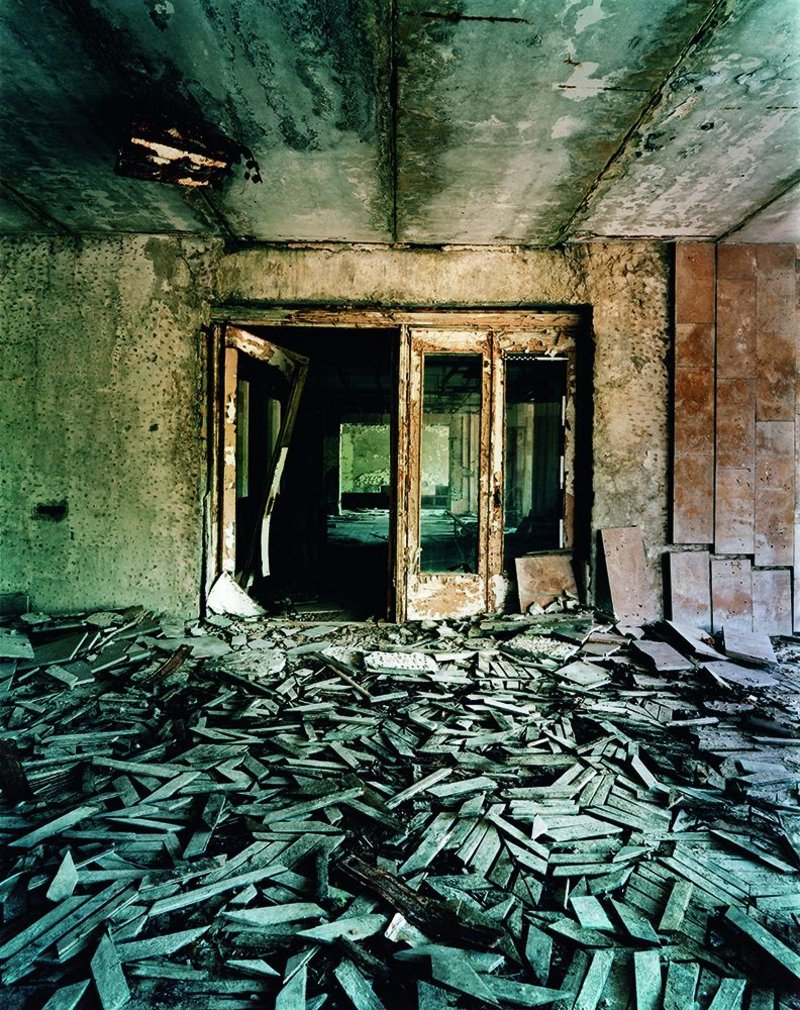 Round the corner, Building on Things: Images of Ruin and Renewal shows pictures from the Whitworth’s existing collection, including Anne Desmet’s mesmeric collages of Babel Towers in floral spirals. Besides Cyprien Gaillard’s tiny and clever Belief in the Age of Disbelief, of a modern ruined tower block in a 17th century Dutch landscape, it is the Piranesi Carceri etchings that resonate with the Wilsons’ Pripyat photographs in terms of texture and internal spatial qualities where viewers can lose themselves. These well-known Escher-esque images are more oppressive and pessimistic than the images of Pripyat, conjuring up over-scaled spaces of the imagination that threaten torture and subterranean hopelessness, complete with human figures – the imagined buildings bear witness to the ruination of imagined lives. 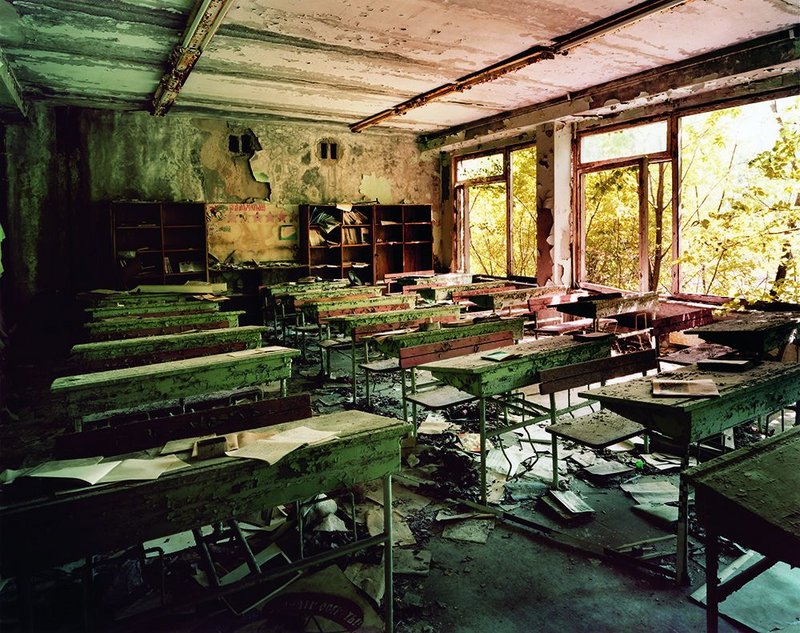 The romantic vision of the picturesque ruin derives from abandonment and surrender to nature’s time and gravity. There is more dignity in a slow inevitable submission to entropy than the wrecking ball or explosion to which modernist experiments usually succumb. As Albert Speer well understood in his theory of ruin value, a building that left behind an aesthetically pleasing ruin would glorify the civilisation that constructed it. Today’s fascination with ‘ruinenlust’ or ruin porn, however, is less about that than demonstrating that almost any ruin can form an aesthetically pleasing subject for the artist. Which made me see Manchester in a new light, at least on the walk to the station from the gallery.