In 2017 London’s new $1bn US embassy complex will open. James Timberlake, of its architect Kieran Timberlake, feels a realistic appraisal of the design will vanquish its critics

Kieran Timberlake partner James Timberlake, though silver-haired, remains a strapping fellow. Especially when his face is six inches from yours and he’s hauling you up off your toes by your lapels. Maybe it’s something I said. ‘It’s not a moat,’ he intones slowly, smiling, before resting me back down on my heels and smoothing my collar down, ‘It’s a pond.’ True, maybe the word ‘moat’, suggesting at least defensiveness, is too loaded a meaning; but we are looking over the hole in the ground that’ll be the new American Embassy in London, and what’s the meaning of ‘pond’ anyway? Something in your garden? A component of a SuDS strategy? The Atlantic? It turns out it’s actually all three to Timberlake, hence his robust distinction.

Timberlake’s actually quite jovial, but you feel that since his firm won the embassy competition in 2010, he’s been forced into defending the proposal, and you get the sense that, although it broke ground only last November, he’s still playing catch-up. Kieran Timberlake, which celebrates its 30th anniversary this year, was one of four firms whittled down from a longlist of 39 US practices to work up proposals for a new embassy on the 2ha site at Vauxhall’s Nine Elms. The other three on the shortlist –the internationally famous Morphosis, Richard Meier and Pei Cobb Freed – made the Philadelphia practice definitely the least known; but its glass cube with ETFE outer skin, orientated to compass points and set within a landscape of grass and water, won the jury over – if not the critics, who mostly picked it to pieces. 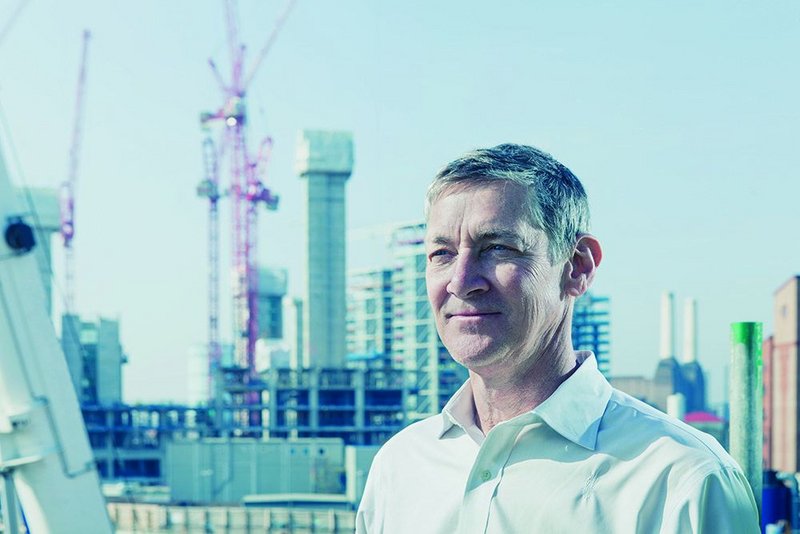 Timberlake puts the firm’s low UK profile down partly to the fact that it favours getting work and building out to entering expensive competitions, and partly to an obsession with such contests in the British architectural press, which is prone to speculate exhaustively on the possible winners. Being set against obviously better known names, he thinks, made the press harder to convince. ‘Opinion seemed based on asking how the design could possibly be worthy, not whether it was,’ he says. ‘People were asking how an emerging firm could have won the competition, as if we didn’t have 30 years of work behind us. I feel the British press and public had picked their favourite to win and we weren’t it.’ This UK view might have been compounded by the stateside opinion of then New York Times’ critic Nicolai Ouroussoff ‘having made up his mind that Thom Mayne should be the anointed one for the embassy’; a partisan view that Timberlake still takes umbrage with and that he saw as closing down a bigger conversation about the design. ‘Sure, ours didn’t have the pedigree of Meier or the formal language of Morphosis, but it was reasoned and highly performative. I can understand if people just said it was the most pragmatic approach, even if it wasn’t the most visionary, but it was dismissed as a souped-up office building by a “safe pair of hands”.’ 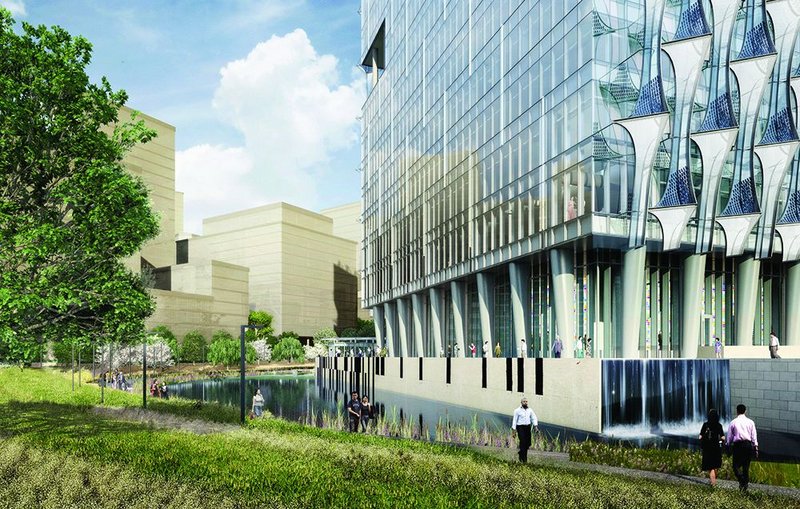 The north elevation of the proposed embassy building, acting as balancing pond, public realm and security system. Timberlake notes that two of the other shortlisted schemes would have been walled.

So who’s behind the pair of hands? Born in 1952 in Ohio, Timberlake grew up in Michigan, the son of an Episcopalian minister who headed two churches, both of which were extended and altered by local architects. Timberlake recalls spending his early years ‘crawling over buildings’; so much so, that by the time he was five, he already knew his vocation. After architecture school in Detroit, he went on to graduate from the University of Pennsylvania in 1977, a school still highly influenced by the teachings of former head Louis Kahn. It’s here that Timberlake met friend and business partner Stephen Kieran. Both went on to win the Rome Prize (where Timberlake would spend a semester being tutored by Jim Stirling) and to work together at Venturi, Rauch and Scott-Brown’s office. Given that his firm’s largely institutional output seems to combine a US modernist vernacular and high-tech, where does his seven years at Venturi’s office manifest itself? Timberlake says it was expertise in typologies, not styles. While respecting its trailblazing postmodernism, Timberlake thinks Venturi ‘had a problem with monumental space in a way that Jim Stirling didn’t,’ calling Venturi’s National Gallery extension ‘clippings of great buildings that leaves you uncomfortable… unsatisfied.’ But the pair also wanted to carve their own path. ‘Venturi was a father-figure to us, but to grow, while you might love your father, you have to reject him, don’t you?’ he says philosophically. There was pragmatism too: ‘Copying Bob’s work on his home turf in Philadelphia? We would never have been hired!’ he adds. And they wanted to set up a different kind of practice. Both teaching part-time, Timberlake says they viewed a research-based aspect as critical to their identity and it still underpins the likes of the high-tech, sustainable, recyclable Cellophane House for New York’s MOMA and the SmartWrap for the Cooper Hewitt School. It may be this research that won the practice the American Institute of Architecture’s prestigious Architecture Firm award in 2008, two years before it bagged the embassy. 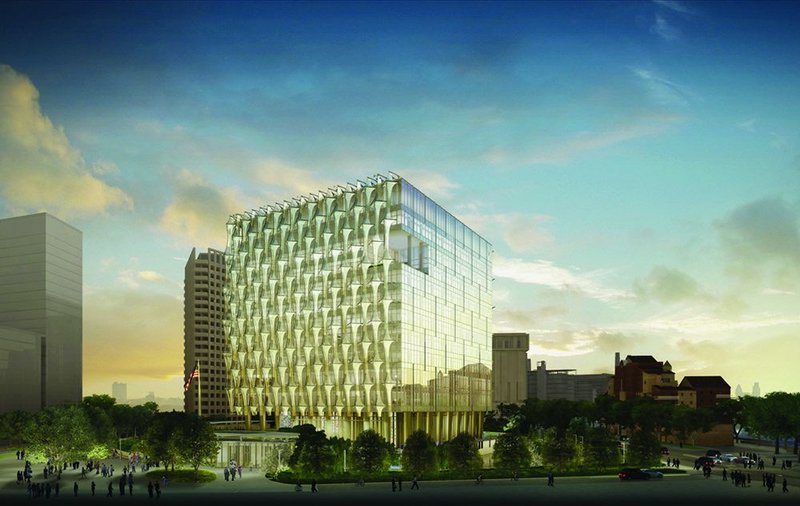 The east elevation of the embassy with its ground level public entrance pavilion and high performance ETFE secondary facade.

The practice has moved from education and institutional buildings for the likes of Yale, Rice and Cornell Universities to a future high-rise in New York, new hospital and 25-storey commercial building in Philadelphia. Timberlake cites a range of modern precedents for these, as eclectic as Bob Venturi’s were classical. Corb rolls off the tongue, but time spent in Italy means Luigi Moretti’s considered rationalism is cited, and  the ‘picaresqueness’ of Carlo Scarpa. He also mentions 19th century architect William Strickland, ‘an English transplant to the States’, whose Greek revival work in Philadelphia, detailed so the glass is almost flush to its stone face, ‘remains modern even now’. Perhaps due to his alma mater Pennsylvania, his deepest respect is for Louis Kahn’s humanist modernism. It’s no coincidence that Timber lake’s London visit coincides with the return leg of his trip to Dhaka, where he’s taken his students five times to analyse its urban form and water management, and to visit the great man’s greatest work. Though never taught by Kahn, he says ‘there’s aspects of his work that both Stephen and I have great respect for. Kahn was about working at human scale but making powerful, primal spatial moves. His working with both simultaneously gives it that monumental, civic quality.’

I ask Timberlake if he thinks he’s gone some way to producing ‘that civic quality’ at the American embassy, and he answers with an unequivocal yes, despite the limitations that a building of this nature imposed on them. It all comes down, he argues, to the cubic form. ‘Forget the other whizz bang shapes, the cube is the most symbolic form – certainly the most timeless – present in ancient, neo-classical and modern architecture. We studied its proportions and detailing, especially at colonnade level where it meets the landscape.  But here, orientated as it is, it’s also the best performative object for the site’. They have thrown everything at it, making sure the integration of technology far exceeded the other schemes. Its skin, he states, is high performance and finely detailed, with climate-sensitive internal conditioning systems and PV-impregnated ETFE, ‘so we’re likely to be a net exporter of energy by 2020.’ He also argues that Kieran Timberlake was the only firm that looked seriously at taking the security constraints and integrating them into the landscape, so ‘it’s seamless to the visual understanding of the concept’. Hence that contentious water feature as both balancing pond and security measure.

It’s Timberlake’s view that an understanding of what the building is, rather than what it represents, would help. True, it’s a civic building with a public face and diplomatic purpose, but it is also, he adds, echoing jury member Richard Rogers criticism when it won, ‘an office building’. Above all, it’s a highly secure facility – which meant the architect’s desired off-site fabrication was ruled out instantly as a security issue. Overlooking this reality is one reason why the design has been misunderstood, Timberlake believes: ‘Security is seen by the profession as unarchitectural, undemocratic even; but to expect buildings widely accepted as terrorist “targets” to be as accessible as, say, the Pantheon, is just naïve,’ he says. But he adds a caveat. ‘This is probably the most democratic building you can imagine under these circumstances. It took a lot of convincing the Department of State to give a third of the site over to public realm, linking up the Nine Elms site. It’s also unlike any American embassy building in the world: in that regard I think it’s changed the post 9/11 discourse.’

‘I don’t expect people to love the embassy like the Gherkin, but I’d want them to understand it through the lens of modern American architecture and how it expresses itself abroad’

The jury’s out for Timberlake as to how the critics and the public will react to the firm’s platonic volume, but given the bad reception that Eero Saarinen’s Grosvenor Square embassy has never got over, he’s not holding his breath. But he sees the design as tough, budget-driven stuff, secure but expressive, and he’s hoping the building will silence its critics. ‘I’d like people to think it has a gravitas and a sense of beauty and civic purpose; that it’s meaningful and contributes to London’s architecture. I don’t expect people to love the embassy like the Gherkin, but I’d want them to understand it through the lens of modern American architecture and how it expresses itself abroad.’

He hopes the common links to a picturesque garden tradition shared on both sides of the pond will win the UK public over; sky gardens running up through the embassy, linking it to the landscape below. ‘It attempts, against the odds, to create humane public spaces, in a context that’s highly private,’ he concludes. ‘I think it’ll be a lovely, welcoming place to be – name a modern landscape in London that achieves that.’ 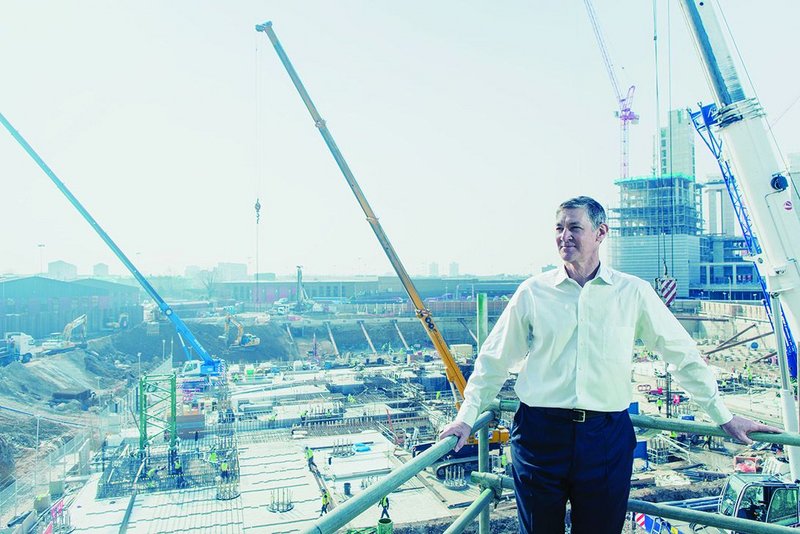