If the city is constantly renewing, how can we find beauty in its incompleteness, asks Shin Egashira 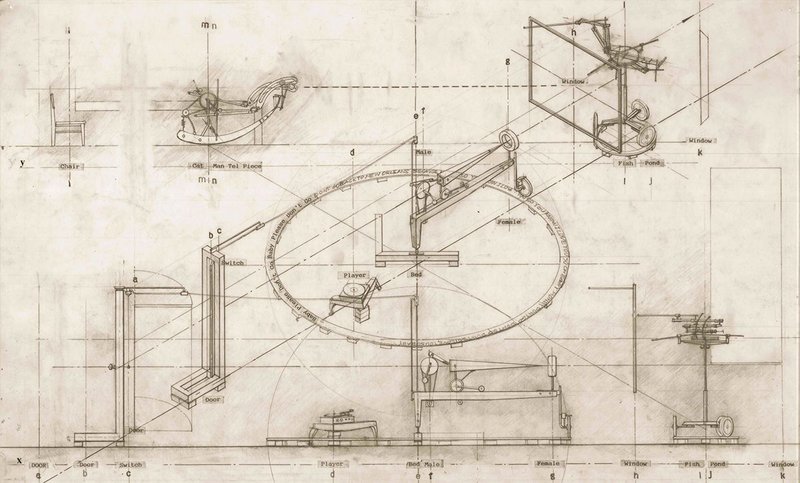 For months after completing his studies at the Architectural Association in 1988, Japanese architect Shin Egashira trawled the streets of London for scrap, sifting through skips and junkyards for the unwanted and the obsolete. Each day, he returned home and carefully documented his treasures in measured drawings, plotting the site of each find on a map of London.

These discarded objects were to form the inspiration for an extraordinary series of models and machines made from construction detritus, fragments of the home and discarded consumer goods. Drawings from these are displayed along with more recent work in Egashira’s small but intriguing exhibition Beautifully Incomplete at the Betts Projects gallery.

The show promises an insight into what the gallery describes as Egashira’s ‘unusual’ mind. It’s certainly strange stuff. A drawing for the contraption Bed Machine incorporates components including bed, chair, record player and tv camera together with male and female aspects and fragments of a song lyric. There are also references to a cat and a fish. Both these machines are shown in more detail in other drawings – Cat Machine is a small contraption that moves up and down in the space in a reference to the behaviour of domesticated cats.

The concept for the Beauty of Our Pain series, dating from 1993, is easier to grasp, combining Medieval torture contraptions with modern day gym equipment. Egashira got the idea for this pleasing combination of themes after seeing torture paraphernalia on a visit to the Tower of London and becoming ‘intrigued’ by what he saw as similarities between that and the body building equipment to which users seemingly willingly submit. This formed the springboard for a project involving collages and etchings that culminated in the construction of Egashira’s own hybrid machine, displayed in galleries with – on occasion – a fitness professional gamely using it.

So what’s it all about? Egashira, who has taught at the AA since 1990, himself identifies these projects as ‘architectural art practice’ and the exhibition material describes his work as ‘his attempt to consider a new possibility of living among the things that surround us’. The quietly affable architect talks about how the –urban environment is constantly changing and how his work responds to current conditions in the city and in particular, to what is unresolved or left behind.

‘The city is constantly renewing. The city is meant to be incomplete. The important part is how we can find beauty in that incompleteness,’ he says.

In this way, elements such as a broken record player can find new life and purpose.

His Time Machine project has a very different inspiration – the 1899 text Practical Construction of the Time Machine by Alfred Jarry. In 1993, Egashira visualised the machine in the drawing Parallel Garden: Double (Cross) Globes, an intriguing assemblage of globes and blades with a figure – presumably the time traveller – at the centre. More recently he revisited the project in a collaboration with astrophysicist Andrew Jaffe of Imperial College London and produced a contraption of gyroscopes and spheres as a built interpretation of the text. This piece is included in the exhibition but it’s the fascinating graphite drawings and collages that are the stars of this most curious body of work.