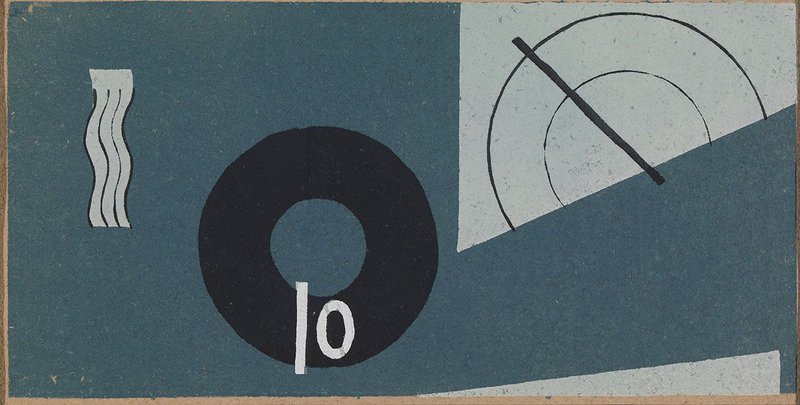 Architects are likely to be in such thrall to Eileen Gray – celebrated female designer and undercurrent in the male-dominated sea of modernism – that they might well forget she was first and foremost an artist who continued to paint and draw long after she stopped designing furniture. The show ‘Eileen Gray: The Private Painter’ at London gallery Osborne Samuel, attempts to address that misconception, pulling together for sale a notable collection of her artworks from the collection of Peter Adam, a long-time friend of Gray, who met her through her niece, artist Prunella Clough.

Seeing the work here it’s interesting to see the orthogonal lines and curves that so influenced the creation of some her greatest modernist pieces: the Adjustable Table E1027, the Bibendum and Transat chairs, as well as the clashing geometries characterising her rugs; but thrilling to see where she diverges from this into far more personal explorations of painting. The show proves that just as Gray the designer had no hesitation in juxtaposing industrial and natural materials to create her interiors, so as an artist she felt free enough to draw from a deeper well of influences.

Gray’s early post-1900 figurative works soon made way for studies after Malevich and Suprematism. Clearly evident here, this was largely manifested in gouache and collage rug designs – such as L’Art Noir dating from the early 1920s – these are the forms that first began to define her design oeuvre. But she also proved influenced by the theories of Wassily Kandinsky’s Spritualism, seen in his mid-20s Bauhaus work, to produce more colourful and freer paint and pastel works from the 1930s, such as Untitled (Brown and green stripes), which would inform her later, more complex rug designs.

But it was with works such as Unititled (1930), dark blue triangles and sky blue rhombus appearing out of an almost Thai-dye of indigo that you get the sense that she was leaving even Kandinsky to follow a more personal path. This paved the way for the more startling works of the 1940s; some collages, some screenprint-like; some pure plays on form and colour, thin paint simply allowed to bleed onto the paper at will – all displaying a clear mastery of technique. But you’re quite unprepared for ‘Cage’ (1940), which abstracted as it is, is dark and malevolent, bearing the hallmarks of claustrophobia that artist Francis Bacon was taking to psychotic levels around that time.

The gallery’s back room contains some of Gray’s photographic works. It was a discipline that fascinated her all her life; as a child, she captured her father waving happily, in an era when photography was purely about starched formality. These are fascinating, showing the influence of Man Ray, but apparently she was inspired more by the work of artist Eileen Agar, who was adopted by the English Surrealists. Gray’s 'Tablescapes' see her experimenting with materials, for example Kpan Mask, and the qualities of material as in Still Life (1950), where glass in its various forms creates a tableau that could almost act as an early inspiration for a piece of furniture in vitro.

Of course Gray’s name will forever be synonymous with the E1027 House, built with lover Jean Badovici and completed in 1929; an iconic piece of Modernism set within nature that so obsessed Le Corbusier he painted his ‘sexual’ murals all over its white walls while a guest in 1938/39- something that famously made her apoplectic with rage. The very act of artistic vandalism aside, the breadth and sensitivity of her own artistic journey by then, counterpointing Corb’s Picasso-derived daubs, meant she might arguably not have seen them as anything other than the work of a closed-minded egotist. Peter Adam feels it was her art that ultimately released her from competitive, macho and territorial modernism: ‘It helped her forget the aggravation that came with her other work.’ 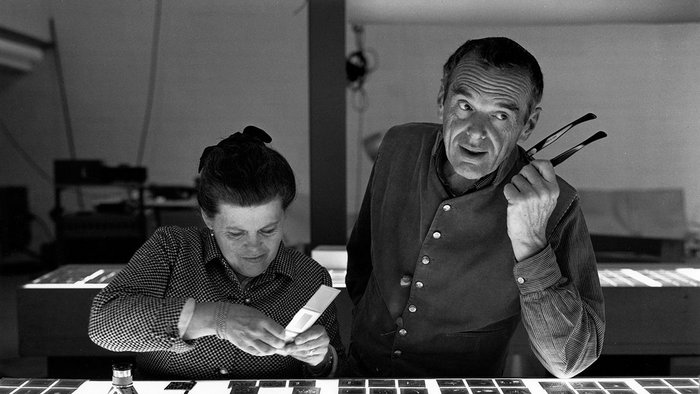 Out of the armchair 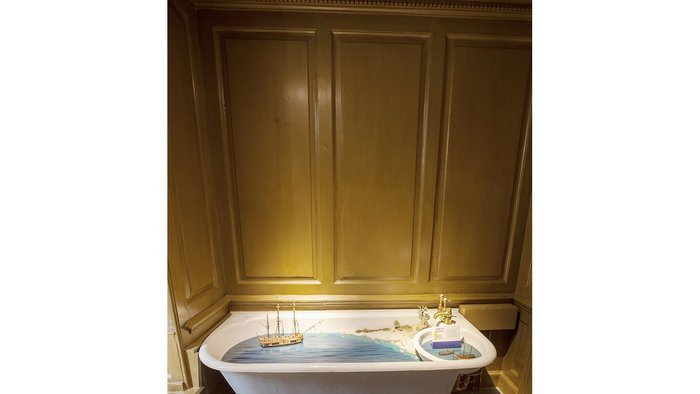 Chapters in the passage of time 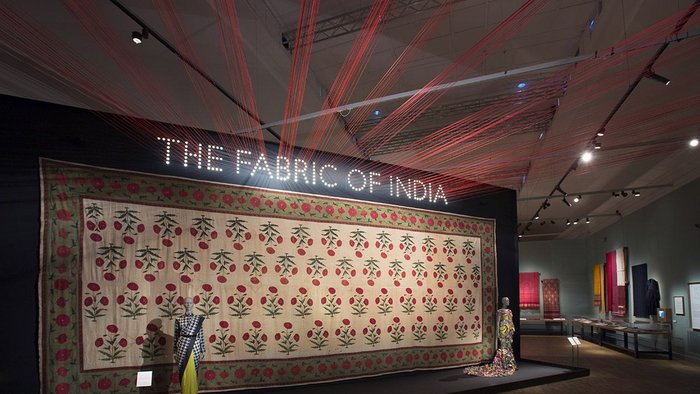 See, feel, immerse yourself in colour