Living with Buildings offers a welcome breakdown of the link between environment and wellbeing, especially in the post-Grenfell context 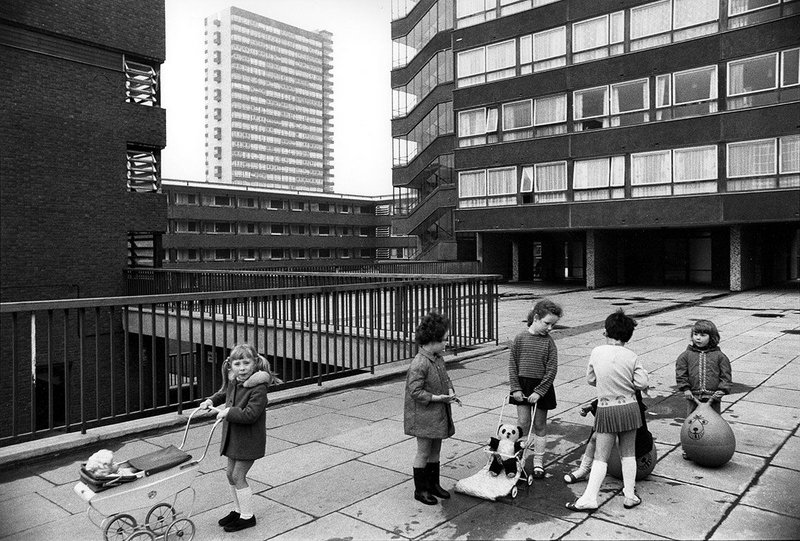 In the Alvar Aalto-designed Paimio sanitorium in Finland, patients were expected to spend at least two hours out in the open air each day even in sub-zero temperatures, bracing conditions that would have certainly challenged the cosy fur-lined sleeping bags they were issued with. While this regime sounds harsh, Paimio reflected cutting-edge practices of the time both medically and environmentally, with Aalto’s design and architecture an intrinsic part of the therapy provided, from chairs that reclined at the best angle for breathing, to generous outdoor terraces, therapeutic colour schemes, and an emphasis on maximizing daylight and views of the landscape.

This 1930-32-designed facility is one of the many highlights of the Wellcome Collection’s exhibition Living with Buildings, a wide-spanning look at the way in which the built environment shapes mental and physical health in both positive and negative ways. Brought into sharper focus by the Grenfell Tower tragedy, this exhibition is an excellent overview of a very large and important subject, taking in everything from poverty maps and philanthropic model developments through to New Towns and Maggie’s Centres for cancer patients. Saltaire, Letchworth, Bedford Park and Bournville are well known references but rather less so the sadly unrealized plans for Wellcomeville, devised by the Wellcome Collection’s very own founder Henry Wellcome as housing for workers at his chemical works.

While the material on slum dwellings is shocking – notably the photos of men sleeping out in the open in London’s Green Park and the queues for the workhouses – it is surely even more shocking that over a century later there are still rough sleepers and charity-run food banks despite the Welfare State. The exhibition documents the growing awareness of the link between the quality of environment and health – a case made by Victorian philanthropists that was still having to be made in the middle of the 20th century, as visionary modern housing estates replaced slums. In 1942, Abram Games’s wartime posters advocating modern flats as a healthier environment than traditional bomb-damaged terraces were deemed too controversial by Churchill. But surely no-one could argue with Erno Goldfinger’s 1943 posters for the Army Bureau of Current Affairs with their slogans: Bad Environment Causes Ill Health and Good Environment is the Basis of Health.

Sometimes it feels as if there is a bigger exhibition on social housing and gentrification bursting to take over. It was fascinating to read about Goldfinger’s time in residence at his Balfron Tower in Poplar – the exhibition refers to the suggestion that this inspired JG Ballard’s High Rise – and read his letter claiming that after living at Balfron it would be hard to return to his Hampstead house. While this comes over as somewhat disingenuous, the testimony of former residents of the Balfron Tower and Pepys Estate in Deptford high rises displaced by regeneration was powerful – an eloquent tribute to the value of social housing and the human cost of gentrification. As one former resident recalls, ‘I was homeless, and I got a place, and now it’s going to the richest in society’. The inclusion of Grenfell is a painful reminder of the shocking impact of unsafe materials and the lack of attention paid to the voice of residents.

The role of design and architecture in the provision of medical facilities is a more straightforward story, from grim examples of cottage hospitals through to tented small pox infirmaries and hospital ships right through to 20th century hospital design as demonstrated by a large-scale architectural model used to support fundraising by the King Edward’s Hospital Fund in 1932. The pioneering Peckham Health Centre, known for its preventative approach to healthcare through the promotion of healthy lifestyles for body and mind, is a natural candidate for this exhibition, along with the Finsbury Health Centre. We learn about Aalto’s Paimio and the more recent series of Maggie’s Centres, both of which recognize the value of interplay between the natural and built environment in the promotion of wellbeing. In the gallery upstairs, a Wellcome Collection architectural commission for a demountable mobile clinic designed by Rogers Stirk Harbour + Partners for Doctors of the World brings the show bang up to date, not just in terms of the design techniques used but in its context –responding to the devastation and displacement caused by both natural tragedies and human conflict. This ingenious design can be sent on a memory stick to the destination’s nearest CNC cutter, where it can be printed in around 240 pieces for erection by two non-building professionals in around half a day, thus saving considerable transport costs.

The exhibition deliberately does not offer easy answers, says curator Emily Sargent, who is keen that the conversation about health and the quality of people’s environments should remain complicated.

‘We’re inviting questions rather than delivering answers. A lot of the conversations are about reconsidering some of the structures we take for granted and noticing more the things that contribute to health such as colour, light, and nature,’ she said.There’s a lot to chew on here, and while some of the material such as that on the philanthropic model villages, Garden Cities, New Towns and the Maggie’s Centres may be treading familiar ground for many designers and architects, for the general public, it may well be an eye-opener on the vital role that design plays in our wellbeing – for better and for worse.

The book Living with Buildings, by Iain Sinclair, is published by Wellcome Collection and Profile Books