As cuts in public services bite ever deeper it’s down to local people to save and reinvent neglected or redundant structures. Architects play a crucial role 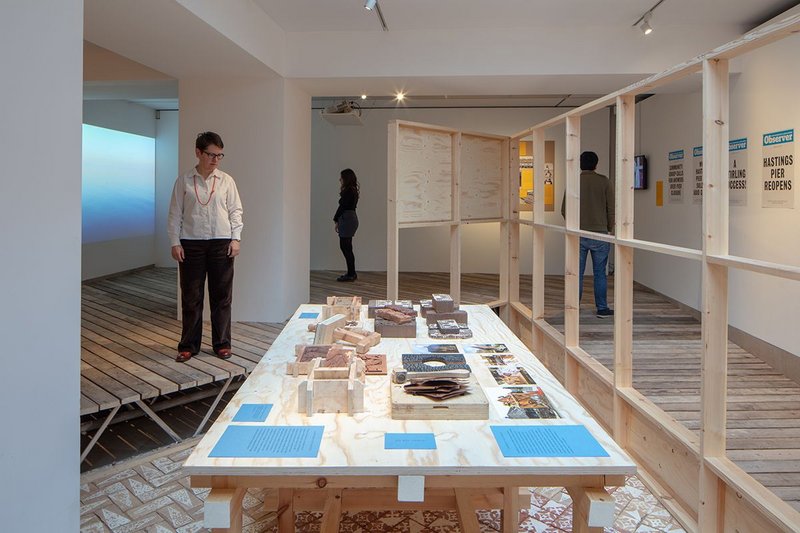 Community architecture is certainly worth celebrating. After years of austerity-driven cuts to public services, it’s increasingly left to community groups – and their architects – to find enterprising ways to keep much-loved local buildings in public use, whether old libraries such as Old Manor Park Library in east London or local landmarks such as Hastings Pier.

Both these projects are featured in the RIBA’s new exhibition Making it Happen: New Community Architecture. As well as the tenacity of the community protagonists and volunteers, this celebrates the role of architects as project champions at a time when fewer practices than ever are involved in public sector projects. According to a stunning statistic from the exhibition, in 1979, some 49% of practices worked in the public sector. Now, the figure is apparently just 0.7%.

Making it Happen grew out of a proposal for the British Pavilion at the last Venice Biennale. It is beautifully staged by Takeshi Hayatsu, who is also the architect of one of the four featured community-led projects, the rejuvenation of the Coniston Mechanics Institute. The installation includes patterned bricks in reference to a tiled pavement created by his practice at Coniston, timber planking to evoke the experience of walking on the pier, and gives a taste of the fit-out for the re-purposed library. There is also a recreation of the mirrored shelter designed for the Loch Lomond National Park.

Three of the projects deal with existing structures. The best known by far is Hastings Pier, whose first phase of rehabilitation by dRMM Architects won the Stirling Prize in 2017. Its subsequent fall into administration and sale have been well publicised, and the project’s inclusion is a salutary reminder of the challenges not just of getting a community project built, but of sustaining it afterwards. These recent events have been incorporated into a succession of local newspaper headlines spanning the project’s history.

The inclusion of a library is pertinent given the closure of so many community libraries around the country including many impressive structures that, like Old Manor Park Library, were both local resource and landmark. Since closing in 2012, this building has been rehabilitated to include affordable studios and space for community-focused arts organisations, thanks to the efforts of Create London and Bow Arts in collaboration with Newham Council and the Greater London Authority. They worked with architect Apparata, who introduced a communal spine of public space with views into the new workspace. Now itself based in the library, the practice also worked as main contractor on the project. This enabled it to take a fluid approach that could accommodate the discovery of original features such as splendid terrazzo flooring during construction. Like the pier, the project is a work in progress, with plans to start on improvements to the exterior in time.

Grizedale Arts’ rejuvenation of Coniston Institute has been a slow burner. Since 2011, the organisation has worked with volunteers from the village of Coniston to create a multi-functional space for various local interest groups in the previously near-derelict building. Takeshi Hayatsu Architects has contributed a number of small projects along the way, many with students from Central St Martins, including a bread oven and an information pavilion.

The fourth project, the Lookout, is a mirrored shelter with seating designed to encourage engagement with the landscape and boost tourism. Created as part of the Scottish Scenic Routes initiative by Processcraft, this new structure is appealing but feels like the odd one out in the company of more obviously community-related architecture.

This exhibition would have benefited from the inclusion of more projects. And while the filmed interviews with key protagonists are informative, a little more on the process and financial challenges for architects of working on such endeavours would have helpful. According to curator Pete Collard, architects learn so much through being involved in such projects – the need to be adaptable and flexible, and how a building is never quite finished. ‘You’re leaving a space that can be redesigned or added to as new funding emerges. It’s a light touch architecture,’ he adds.

There is space for visitors to suggest public buildings that they’d like to see reinvigorated. And with the economic outlook uncertain to say the least, intrepid community activists and architects are likely to be more in demand than ever.