An exhibition in Helsinki shows how making sustainable and far-reaching decisions today, particularly around reuse and a circular economy, will secure a bright future 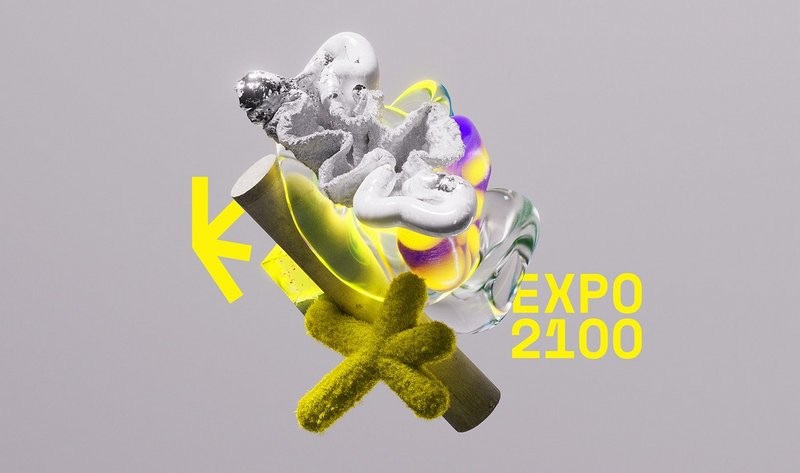 With the climate in a state of collapse, biodiversity in decline and war in Ukraine threatening  the foundations of European democracy, it can be hard to envision a world not eclipsed by loss, suffering and uncertainty.

But look ahead 80 years and the future could be bright if we realise that ‘what happens then depends on what we decide today’ – that’s the positive message expressed by a group of Finnish architects in a challenging new exhibition at the Museum of Finnish Architecture in Helsinki.

The Expo2100 Home and City in the Future exhibition opens six aspirational windows onto future homes and cities based on research by the award-winning urban architecture collective Nordic Works.

It comprises a mix of video and physical installations that acknowledge the need for designers to make sustainable and far-reaching decisions that take into account nature's bearing capacity and the needs of other species.

A video by collective member JADA Architects envisions the creation of a Building Act that prohibits the demolition of buildings, so encouraging reuse and refurbishment, and ensuring the best possible use of scarce materials, resources and social capital.

The practice AOR anticipates an architectural renaissance at the periphery of Finland’s cities as new growth centres emerge at the interface with the countryside due to population growth.

‘The current silence in the countryside will turn into the vitality of tomorrow,’ the architect says on the exhibition website. “In 2100, the value of land in rural Finland has changed radically … New employment opportunities and close-to-nature housing make the countryside a desirable place to live. With ecological reconstruction, the importance of locally produced renewable energy and food production will increase.’

The Infinite Loop video, created by architects Kaleidoscope and Tommila, prophecises a world where waste no longer exists. Instead ‘objects are part of living systems, which transform our living environment and its materials in endless cycles’.

Avarrus Architects builds the case for a world where localism replaces globalism in many areas of life, while VdV considers what ‘good living’ will mean if everyone lives in line with the environment's bearing capacity. Finally, a video by MUUAN imagines a diverse array of housing options targeted at different lifestyles, as opposed to today’s one-size-fits-all approach.

Miia-Liina Tommila, an architect in the Nordic Works Collective comments: ‘The exhibition launches a topical discussion amidst the uncertainty of our time. Through the research, we want to outline positive paths to the future and discuss the opportunities that even seemingly negative progressions can offer.’

Nordic Works is a collaborative group of nine architectural offices, which made a name for itself through various open workshops and events around Finland and Europe. The Kaupunki uusiksi TV series, broadcast on the national channel Yle, saw the collective work with citizens in various cities in Finland to re-enliven the urban landscape.

Expo2100 home and City in the Future continues until 2 April, 2023, at the Museum of Finnish Architecture, Helsinki