As Covid-19 closes down our normal way of life, we are getting a glimpse of how a more sustainable planet might look 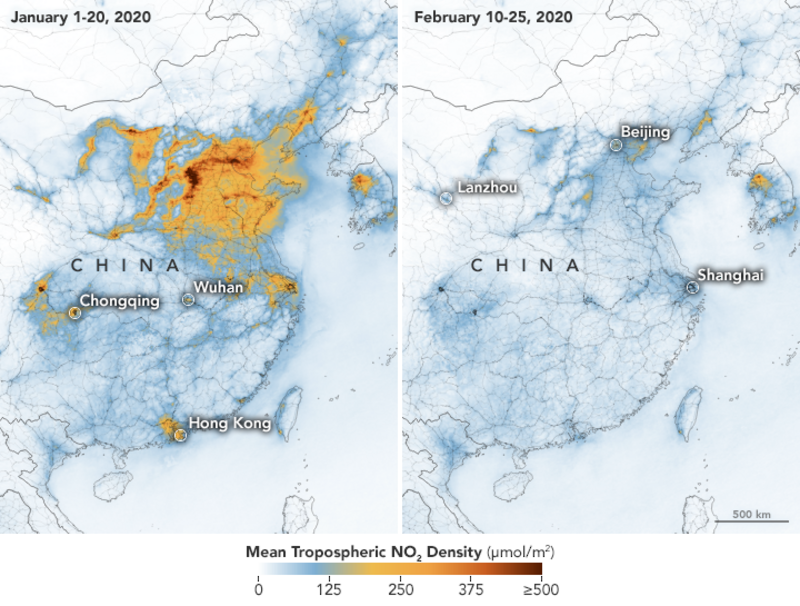 A society suddenly becomes less dependent on movement. Human Resources departments hastily test their firms’ abilities to operate entirely from home if necessary, setting up the systems to do so. The annual calendar of global meetings is rapidly rearranged – ­MIPIM, the Milan Fair, our own Venice Architecture Biennale. Add in all the equivalent meet-ups for the other professions, industries, trades, charities, governments, sports – a vast and constant mingling of people. Such restrictions are unprecedented outside war or natural disaster.

Consider the lockdowns which began in China and spread globally alongside the Covid-19 virus itself. At first it was faintly comic: the self-imposed quarantining of those of us who have been in contact with someone who had met someone who was possibly in contact with someone else diagnosed with the disease. But it escalates, and depending on when you read this will have reached new levels: predicted at the time of writing is the closure or restriction of many places where people routinely come together. Already empty ­tables gleam in silent restaurants.

All this allows us to reappraise the way we live and work. Not of course that such a particularly nasty disease is a cloud with a silver lining: we’d all obviously rather the disease and fear of it, and the healthcare, economic and supply-chain consequences of the pandemic, did not exist. The potential threat to civil liberties and democracy is a real concern: once politicians and their advisers find they can restrict movement by edict, close Parliament and so on, they need very careful watching.

One of the most telling images was the satellite shot showing China's atmospheric pollution before and after its increasingly draconian lockdown. Suddenly the air was so much cleaner

And yet – this enforced experimentation in different ways of living and working is hastening what was happening any­way. Many have pointed out that the global climate and biodiversity emergency deserves an equivalently far-reaching response. But as the climate emergency accelerates alarmingly and demonstrably, it is too often ignored because it does not immediately and visibly  affect most people’s lives in the same way as a virus.

One of the most telling images in the relatively early stages of the spread of the disease was the satellite shot which showed the amount of atmospheric pollution – in particular NO2 – produced by China before and after that country’s increasingly draconian lockdown. Suddenly the air was so much cleaner. Another moment was when airlines started cutting back on flights. Again, a reduction in air travel has long been promoted as necessary to cut down on CO2 and NO2 emissions. And then it just happened, willy-nilly.

People have always travelled, always traded. And always recovered, eventually, from the onslaught of epidemics and wars, with painful memories of the experience and victims we have known. If Covid-19 leads to a worldwide economic slump as seems likely, then of course we will all feel the consequences. Just maybe, however, we might also emerge with a different attitude to our place in the world and how we operate on it. I would like to think that attitude might be one privileging balance over destruction.