For some 15 years, Indian architect Anupama Kundoo has been researching ferrocement and its potential to offer a lightweight, fast-to-erect and affordable construction.

Kundoo will exhibit examples of her ferrocement Full Fill house and Easy WC concepts at this year’s Venice Architecture Biennale, but before then a new installation at the Roca gallery in London offers an insight into her research and construction using this material.

Kundoo is Professor at UCJC Madrid where she is chair of affordable habitat, a subject close to her heart. She believes that her homes, which can be erected on site in six days, can offer speedy and affordable housing with low environmental impact suitable for everything from disaster relief to long-term homes.

But rather than using only local, easily available materials such as mud and bamboo, Kundoo proposes employing ferrocement, created using 25mm thick cement reinforced with chicken wire. This is folded to form hollowed blocks, which are stacked to build the house.

‘I really believe everything’s possible in this material,’ says Kundoo, who considers ferrocement is underused in architecture and its properties not widely understood. ‘Even on a very low budget you can have a 20m2 home that you can still feel amazing in.’

While her house design is sophisticated enough to withstand seismic shocks, its components can be built by local craftsmen and can easily be personalized by tinting with a pigment, added before the cement has hardened. Importantly, the house structure also provides internal storage, thus lessening the need to buy furniture, and can incorporate ferrocement window frames, doors, shutters and roof elements.

So far she has developed three applications for the ferrocement. As well as Full Fill, her Light Housing concept uses an origami-like folded shell of ferrocement to form the wall and roof. Thirdly, the Easy WC combines toilet and shower double cubicles on either side of a covered platform with a washbasin. Constructed from six prefabricated ferrocement elements, the sanitary unit can be plugged into either a septic tank, dry toilet pit or the local drainage system, if one exists.

The London installation is, says Kundoo, set up as a ‘peep into a laboratory’ with the building materials laid out and its construction explained. There are models of the housing concepts as well as films of Full Fill under construction, but the highlight is an actual Easy WC, its robust, chunky form a pleasing contrast with the sinuous interior of the Zaha Hadid-designed space, as is the appearance of a squatting toilet amid Roca’s refined bathroom showroom.

It serves as a tantalizing preview of Kundoo’s contribution to the Venice Biennale. Here, an actual Full Fill house will be on show as the centerpiece of her crowd-funded Building Knowledge installation. 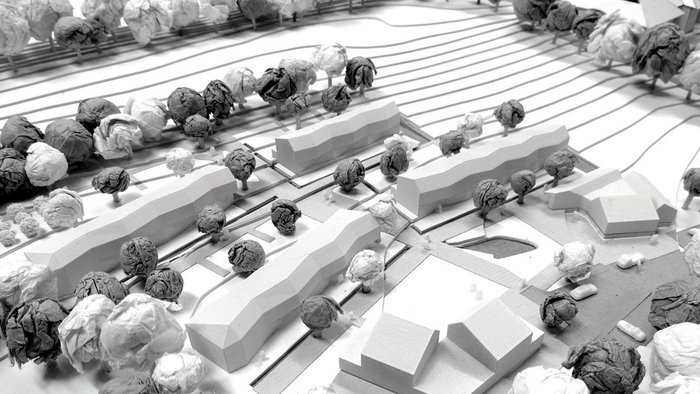 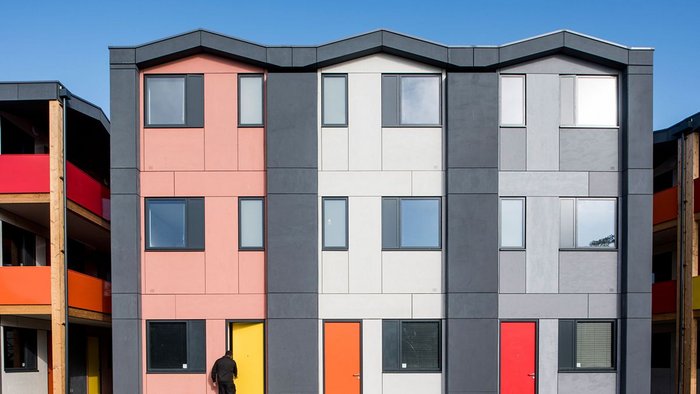