Fishpond in the basement, chairs walking up the wall: How Finmar’s showroom wowed the post-war British public on the hunt for Scaninavian imports 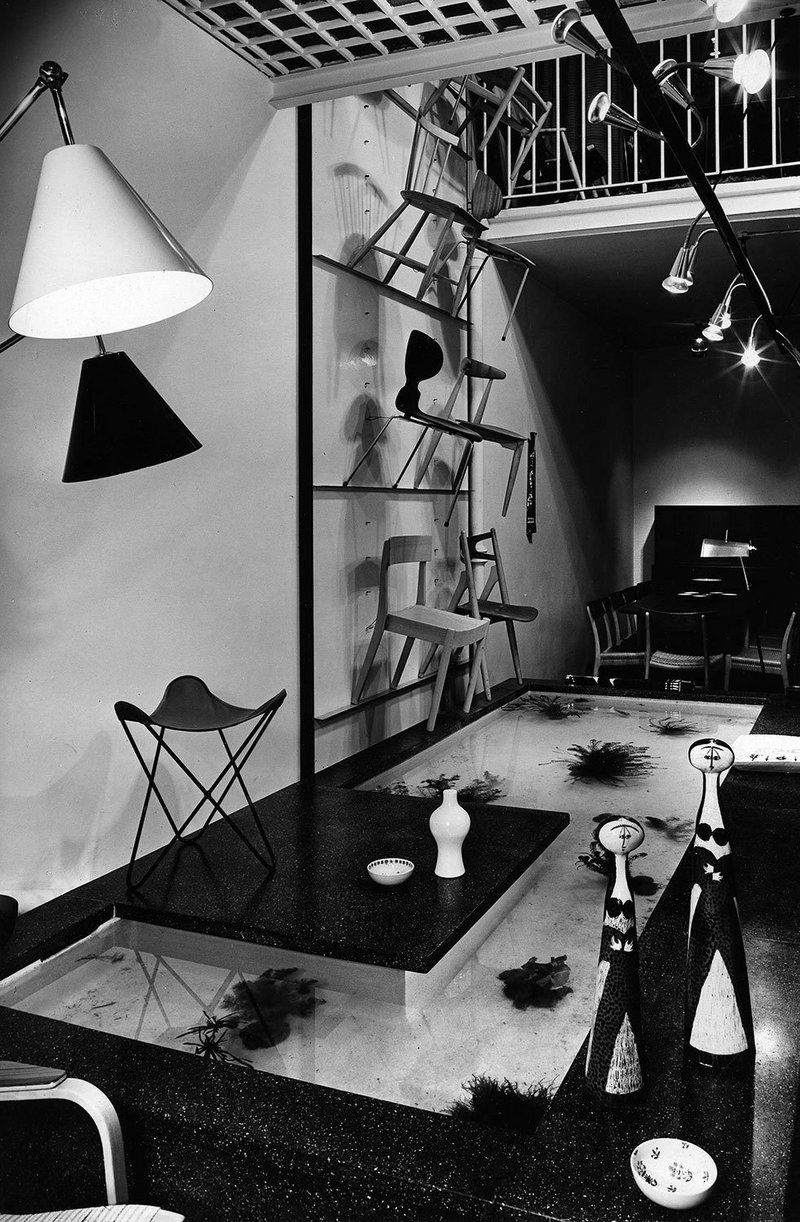 Although founded in 1934, wholesale firm Finmar’s heyday was post-war, when Britain’s general public became increasingly interested in Scandinavian design. The business was created by architecture critic Philip Morton Shand to import Alvar Aalto’s plywood furniture from Finland; but from 1949, with new director Paul Ernst Stemann at its helm, it shifted focus to Denmark and soon became one of the main importers of Scandinavian goods to the UK. By 1954 it was selling furniture to Liberty and Heals, and had commissioned James Cubitt and Partners to design its first large showroom in London. The site was a tall and narrow former textile warehouse, arranged over several floors; the architect converted it with minimal changes to the existing structure, but at the same time introduced experimental ways to display the showroom’s content – the new fittings were described by Architectural Design as ‘elegant and concise’. The basement floor, seen in this photograph, featured an illuminated fishpond and was visually connected to the ground floor by a vertical display of chairs suspended from the wall.