Frei Otto’s work has been described as achieving the maximum with minimum material. In that sense his pioneering work on lightweight structures was an early example of eco-architecture, following some of the dicta of Richard Buckminster Fuller.  Certainly his unbuilt 1970 project for a nuclear-powered ‘Arctic City’ for 40,000 people was pure Bucky, a huge inflated glazed dome covering an entire metropolis. But that was essentially space-colony thinking, the transposition of one climate zone to another. What Otto achieved more usefully was ways of changing perceptions of the everyday.

Noted for his early tent-like exhibition pavilions, he came to international prominence through his part in the German pavilion at Expo 67 in Montreal – a show dominated, of course, by Bucky’s great ball.  And no sports stadium since the Colosseum had boasted such an audacious lightweight roof as his Munich Olympics stadium of 1972 (designed with Gunter Behnisch), with its asymmetrical mast-supported cablenet-and-acrylic covering.  In its lightness and openness, its peaks recalling the surrounding mountains, along with an informal organisation, it was deliberately different from the military pomp of the previous Nazi-era Olympics of 1936 in Berlin, and also an act of repair for a bombed, rubble-heaped area.

That particular Olympics ushered in the modern era of Middle East political terrorism by proxy, with the infamous massacre of Israeli athletes taken hostage in the nearby Olympic village by the Palestinian Black September group.  But over time, the Munich stadium overcame that inauspicious start, becoming a landmark in its own right and a successful multi-purpose events venue.

When Otto died on March 9 this year – a day before he was announced as winner of the 2015 Pritzker Prize, though he had been informed earlier – the world’s top architects were quick to honour him. Zaha Hadid said:  ‘His research and exploration of tensile structures was inspirational and enlightening’. For her it was all about fluidity of form: her colleague Patrik Schumacher went further and claimed Otto’s work as the precursor to parametricism. Shigeru Ban, quoting Louis Kahn’s famous ‘What do you want to become, brick?’ said that Otto was asking the same question of air. Renzo Piano described his approach as ‘celebrating lightness and fighting against gravity’ while Norman Foster added that he was a pioneer in another field too: light-touch architectural collaboration.

This is  the key to Otto’s influence, and partly explains why he received the RIBA’s Royal Gold Medal in 2005. Always an academic and researcher as well as designer, his authorship was mostly shared: he not only worked with but acted as a consultant for others. Thus his sprouting umbrella stage sunshades for Pink Floyd’s 1977 tour of the United States – a practical response to the need for some kind of canopy while still allowing huge inflatables to be released – were commissioned by the British architecture/engineering team Fisher Park which designed the stage show and had seen Otto use this device elsewhere. British engineer Ted Happold, another collaborator along with Arup’s Peter Rice, was one of those who bought into Otto’s ideas and worked with him to develop them. The whole lightweight-structures tendency of British architecture from the 1960s owes much to him. He was, as part of all this, also an early exponent of biomorphism – learning from the structures of nature. The Pritzker citation notes that it is not so much his built forms that are copied as his inquiring approach, 'the paths that have been opened by his research and discoveries'.

It helped that he looked the part of the genial professor later in life, with his shock of silvery Karajan-like hair. He was a Utopianist in the sense that he believed and demonstrated how architecture and engineering could create a better world for people. As Pritzker jury chair Lord Palumbo put it: 'Frei stands for freedom, as free and as liberating as a bird in flight.' 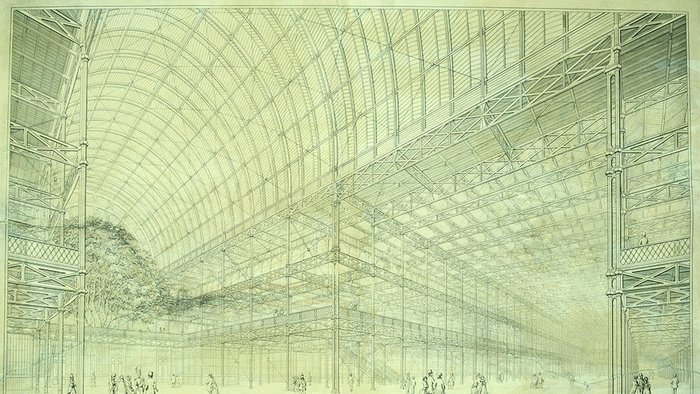 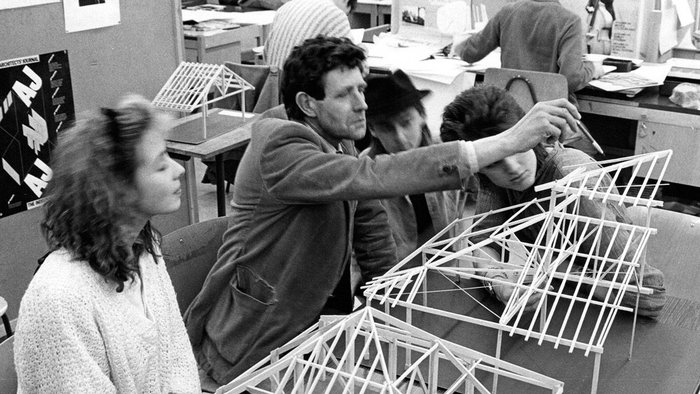