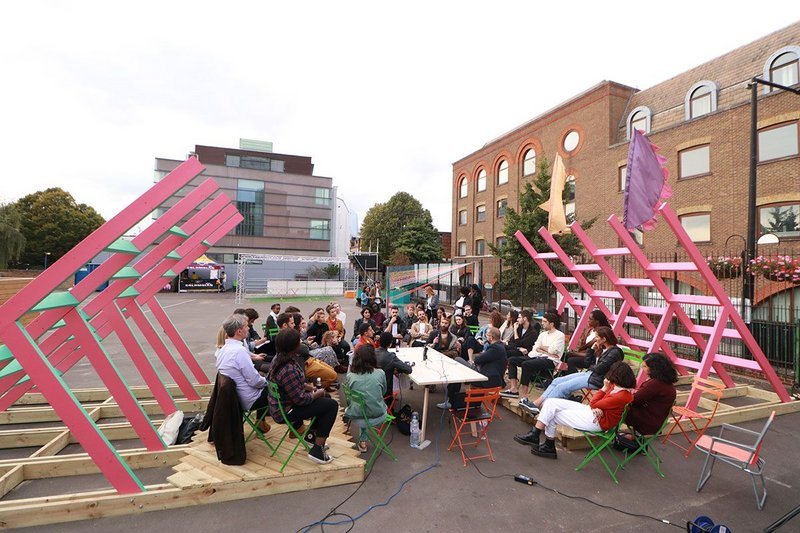 Whoever said architecture is stale, male and pale should have been in Southwark for the Gender Equity in Cities, part of the London Design Festival. Held on Union Street it brought together a remarkable array of practitioners to interrogate equity in contemporary city design from diverse perspectives. Curated by 3°09, a largely BAME (black Asian minority ethnic) design collective, the programme was an overlapping melee of fast-paced panel discussions and thoughtful roundtables exploring architecture’s relationship to race, gender, sexuality and age. Pale males were in short supply and the debates were anything but stale.

The festival, titled Gender Equity in Cities, was staged around an installation designed by 3°09 with Brixton-based Resolve Collective. Their pink and green timber carapace, like a ribcage strung with festoon lights, framed the main stage while providing raised terraces for audience seating. It was a scaled-back version of an earlier vision but still imbued the day with the infectious energy of young designers wielding power tools.

Over half a year of planning nearly evaporated as the festival was almost forced to abort when Lambeth Council backed out of plans to stage it in Brixton at the last minute. After frantic hustling, Bankside Open Spaces Trust stepped into the breach and 3.09 built the installation in Southwark’s Marlborough Sports Garden instead.

I have attended numerous panel discussions on diversity and equality in architecture. Most retread important, but predictable, territory with every contributor preaching from the same hymn-sheet to an already thoroughly converted choir. Even those who care passionately about the intersection of feminism and architecture sometimes feel the discourse is going around in circles. This was not the case in Southwark. The mix of speakers and ideologies was more eclectic than many conferences of its ilk, fostering a more nuanced dialogue which felt purposeful and discursive. 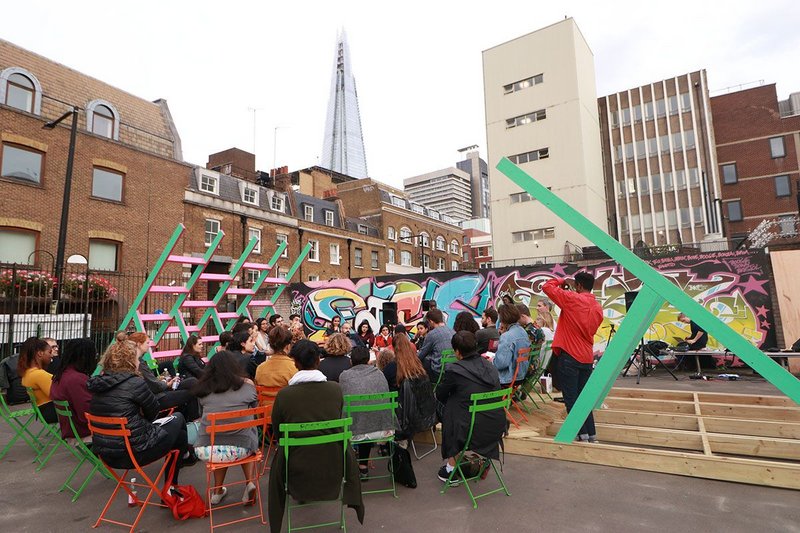 Participants ranged from recent graduates in their twenties to veteran practitioners in their eighties. Solutions oscillated between right-leaning ideas of entrepreneurialism to left-leaning calls for state intervention. The tone of debate was always amicable, but the day revealed that contemporary visions of feminist cities are far from homogenous.

RIBA councillor and co-founder of the Society of Black Architects Elsie Owusu argued that the route to equity lies in enterprise. She called on BAME women to worry less about architectural education and start their own design studios, build up major practices and compete directly with the big firms. ‘Most buildings in this country aren’t built by qualified architects anyway,’ she said.

For others, such as designer Neba Sere, progress might look less like market competition and more like networks of mutual support. Sere spoke of Black Females in Architecture, a new society she co-founded for young black women in the profession, now with more than 70 members sharing frustrations and advice on Whatsapp and at organised events. Prophetically, the very same week as the festival, the newly-published Millennium Cohort Study revealed that the only ethnic group of young people of either gender for which ‘architect’ appears among their top three most desired careers, is black girls. Could Sere's Whatsapp group be the tip of an iceberg of demographic change in the profession?

Danish architect Alberte Laurisden argued that the design of cities, even down to the domestic scale, is itself a latent product of the patriarchy subtly reinforcing gendered roles by stealth. ‘We’ve naturalised the way we design houses to the point that we can’t see beyond it,’ she said, ‘Homes designed for two point three kids and property lines which further divide us. We’ve stopped designing homes – we’re just applying templates. Even something as simple as five traditional families who collectively share childcare is impossible.’

For some, the categories of ‘woman’, ‘queer’, ‘black’ and so on are critical identities corresponding to lived spatial realities. However, in a particularly compelling session on queer urbanism chaired by geneticist Leena Habiballa, Ahmad Masri of queer Arabic collective Pride of Arabia resisted framing his position in terms of queer or straight at all. ‘Even when fighting something, the mere fact that I am fighting it would make me part of it,’ he argued.

The de facto keynote came from a dusk appearance by housing architect and founder of the Women’s Architecture Group, Kate Macintosh. Now 81, her analysis, honed by decades of practice and perspective, was formidable and incisive. As the sun set over Southwark she brought inspiring coda to the day citing practical initiatives from across Europe that could be adopted here tomorrow with the application of modest political will. For Macintosh, sex is a construct to be eroded. Her feminist urbanism is one of dismantling the privilege that male architects have enjoyed by demolishing gendered roles entirely. ‘Forget about sex’, she concluded, ‘architecture doesn’t live in the gonads, it lives in the head and the heart.’ 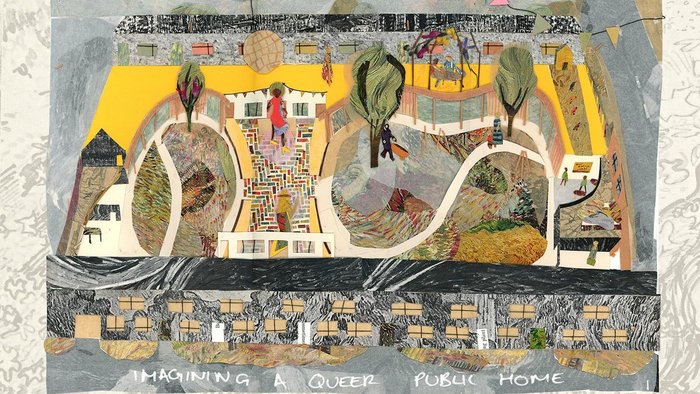 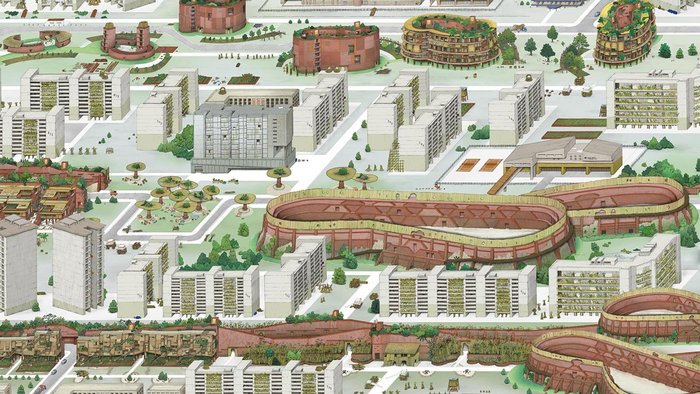 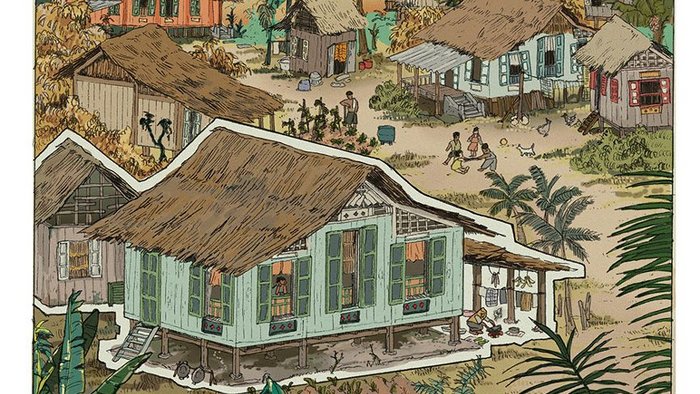