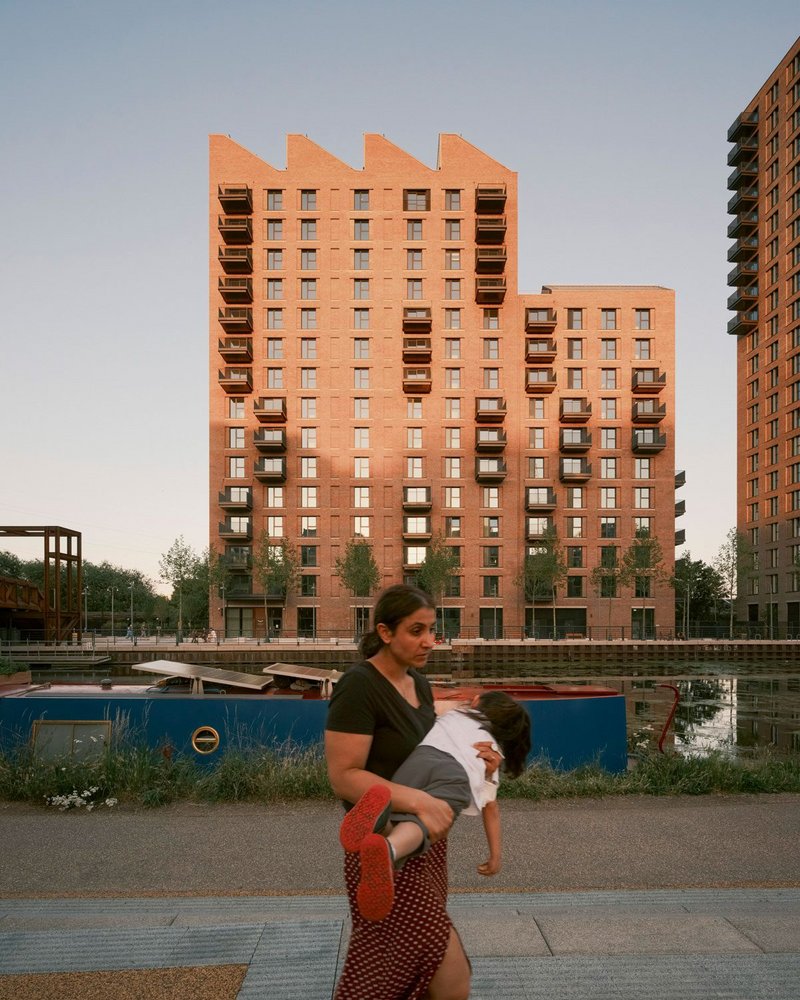 Take a look at the photo. What is your eye drawn to? Is it the tower block filling the frame or the woman and her child in the foreground? And what assumptions have you made? None of these questions went through the mind of Tim Crocker when he captured this image. On a recce last month to shoot Allies & Morrison’s new Hale Wharf housing on London’s River Lea, he had, at that moment, his eye pressed to the viewfinder. With the building pulled into focus and shutter speed set, it had been an instinctive response to fire the shutter release as a new object moved into view, registering as a blur of brown, black, white and red.

‘It started as a formal view of a building in its urban context, but the split second that the woman entered the frame, it became something else; an image about what an image is,’ Crocker tells me. He notes the distant look in her eyes, passing as if oblivious to him or even her surroundings: ‘Perhaps she was tired carrying the child – I wondered how far she’d walked like that along the canal.’

He’s right. Her appearance changes what you take from the building. Blink and it could be a scene from elsewhere; a casualty of rapid gentrification, a refugee issue, a war-torn state. That glass may not reflect clouds but be blown-out window holes, sky viewed beyond the empty shell of the building.

It is confronting, thinks Crocker, because the woman forces us to challenge our presumptions based on our own innate prejudices. We started at a tower in Tottenham and somehow ended up at the Tower of David in Caracas. From a western perspective, how did we get here and what does it say about us?