In the 65 years since she decided to become an architect, Eva Jiřičná has never regretted her choice. Conviction, commitment and chance have contributed to a remarkable career 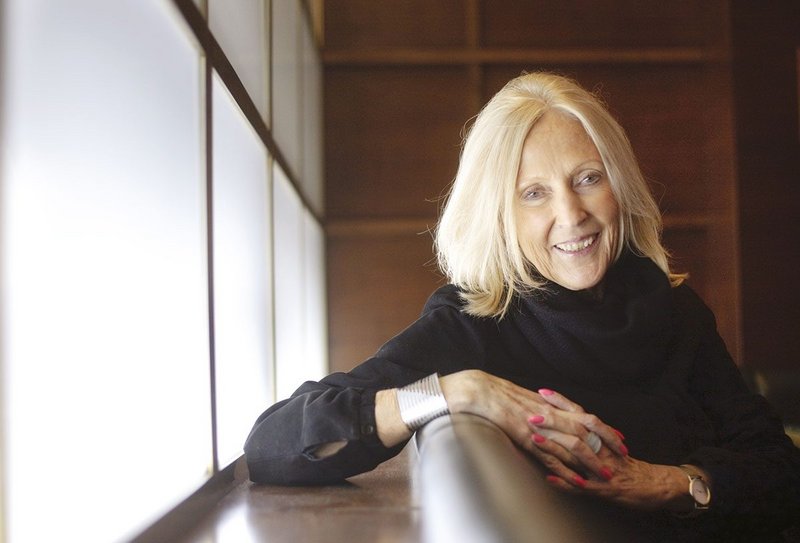 Eva Jiřičná was born in Zlín in Czechoslovakia, and has lived in London since 1968. For many years she headed Eva Jiřičná Architects, and is a co-founder of Prague-based AI DESIGN.

It was not my first choice. I wanted to read chemistry, but I’d closed the door to my favourite subject by taking A-level physics instead because I hated my chemistry teacher. Architecture happened to be among the other things I’d considered, and I finally went for it only because everybody told me to avoid it – architecture was considered a man’s subject in which girls could never have a chance...

I made that decision when I was 17. I’m 82 now, and there’s never been a moment when I’ve wished I’d done anything else. The minute I started studying it, I fell for it and have loved it ever since.

How difficult was it for you moving to London and making a career there when you weren’t able to return home?

I was extremely lucky. After a chance meeting in Prague with a deputy architect of the GLC, I got an invitation to work for them for one year. I accepted, since I always wanted to get some experience and learn English. Eventually – after a long struggle with Czech authorities for permission to leave the country – I arrived in 1968 in swinging London. For a person who had spent all her previous life living in a dictatorship, it was inevitably an enormous culture shock. But it was such a fulfilling experience, and I enjoyed it totally. Of course, I had no idea that it would be 22 years before I would be able to see my family, country and friends again. Three weeks after I arrived, the Russian Invasion of Czechoslovakia took place and my passport was abolished.

There were hard moments. I had no money – but then no-one did – and I had to help my 17-year old brother who had come by pure coincidence to England to learn some English, and who realised that if he returned, he would never have a chance to study. I was also going through a divorce, and our father was dying.

The GLC was short of work so I decided to look for another job. I applied for everything that was advertised in the AJ and got offered practically everything because we were all taught to draw very well in my own country, and we had a very good technical background. I chose Louis de Soissons Partnership, because I was attracted to work on the Brighton Marina project, and remained there for more than 10 years. I’d never been to the seaside, and to build something on the south coast was fantastic.

I loved working on that massive project, and I learnt how to handle a task of that calibre with all the complexities which were initially beyond me. I worked with fantastic people – Ove Arup himself and his team of brilliant engineers, all the other consultants of the same quality, and my colleagues, who I learned an enormous amount from. I was left to get on with it, and managed to bring in many other friends like David Nixon and Jan Kaplicky, Peter Cook and Christine Hawley, Keith Priest and Ken Yeang and many others.

How did you become known for interior architecture?

Through the shops and a little flat I did for Joseph. They were published everywhere nationally and internationally and gave me a label of an interior architect. Now, however, I’m back to designing buildings.

Richard Rogers saw one of the shops and asked me to work on the interior of the Lloyds Building. I had a great time working with him and the entire team. Working with Richard was a dream. I was still doing Joseph shops during that time and after the Lloyds Building was complete, I started on my own, by which time I had a commission to design the Way In store at Harrods.

What has given you the most satisfaction in your career as an architect?

I’d say it’s the project that’s coming next. There were a small number of jobs that weren’t enjoyable, maybe because of the client relationship or other difficulties, but generally I can fall in love with anything that people ask me to do and try to do my best. But I can’t single out one project in particular, maybe because I know that there is always one more step left to reach perfection.

What have you found to be the most challenging aspect of your work?

If you take architecture seriously, it is an extremely complex profession. I feel the responsibility of spending someone else’s money very deeply. It takes a long time to learn the process of working with the client’s people, planning, production regulations, responsibilities to the planet, we could go on endlessly. It takes a while to understand your own limits, and also the limits generally. It is a continuous learning process, which thankfully never ends.

The best part of the design is working with people – everybody from the top to the bottom who is engaged on the project. To me, all their opinions are equally important. I’ve always loved working with people in production, on site and in factories and workshops, and I am grateful for the relationships we have developed and what I have learned from them.

We all make mistakes in life and we have to learn to deal with it. It’s part of the job. You can never have 100% perfection, and not everyone is going to love what you do.

Sometimes you have to deal with people who are not absolutely honest or let you down badly. But I consider it as a part of life and I have never felt like giving up. I hope I will never have to.

Has it been a good time to be an architect?

When I first came to London in the 60s, it certainly was. It was a time when everything was being turned upside down – architecture, art, music, all of society. Every aspect of life could be reconsidered. We had choices, and the freedom to play with those choices. Now, there is so much energy wasted on so many projects where to make money is the only objective, and this wasn't the case in the 60s. There was so much enthusiasm, so many opportunities, and so much hope. Of course, we always had to work to a small budget, but that is a different issue.

Admittedly I still consider myself extremely lucky to have had so many opportunities, and to continue to do so. When I was getting towards 80, I didn’t have a successor, and it seemed wise to close the practice. In the meantime I have been working with AI DESIGN – the practice in Prague which I opened with my Czech partner Petr Vagner 22 years ago. We have built a number of relatively large buildings, some of them in the town called Zlín where I was born, and we are also building housing, offices, private houses, even extensions to a hospital. I consider all that a great privilege.

Looking back on your work over the years, who or what has been your biggest influence?

There have been so many!  I don’t think I can put my finger on just one, but I can tell you that the list would be very, very long.

Have you ever encountered sexism in your time in architecture and design?

I do know it happens, and I’ll help anyone who I know has been through that. But personally, I honestly can’t remember anything I consider to be sexism, although I’ve had plenty of comments about my accent and where I’m from.

Millions of things! I’d have loved to have learned more languages and travelled for pleasure more, and to have done more jobs based on social good rather than making companies or individuals rich. And I would have loved to learn more and read more and, and, and...

Why do you think the profession ignored the need to design sustainably for so long?

No-one knew how serious things were. Every time I made a proposal to a client about sustainability it wasn’t taken seriously, and when designing sustainably was beginning to be considered it was also rather expensive, or sometimes unattractive. It took time for people to comprehend. It took time for people to be educated. And it took time for technology to give us the options to be sustainable. All these things have now come together. It’s hard to teach old dogs new tricks, but the next generation will have it in their blood.

I’ve never had a dream project. But I’d prefer to do buildings with social responsibility such as housing, schools and hospitals, for people who might not know about architecture and what an architect does, but who can enjoy it through the quality of the work.  And almost as a hobby, I’ve always loved designing exhibitions.

A photo of my mum, lifting her finger and telling me off with a smile. It sits on a shelf opposite my bed, and I see it every morning and night. A sense of humour is another treasured possession, which would be associated with my dad. 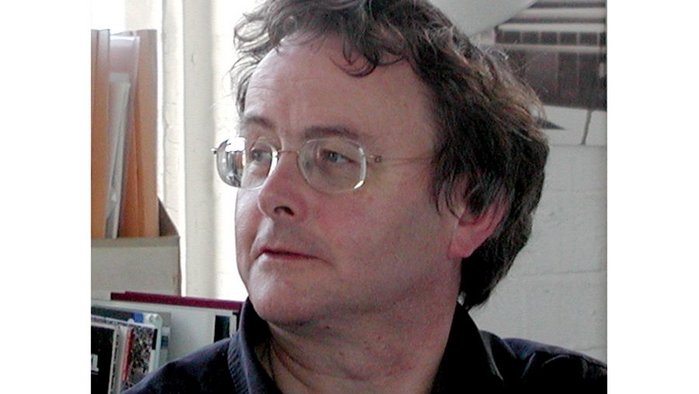 Hindsight: Tim Ronalds gets thoughtful about an all-engrossing vocation 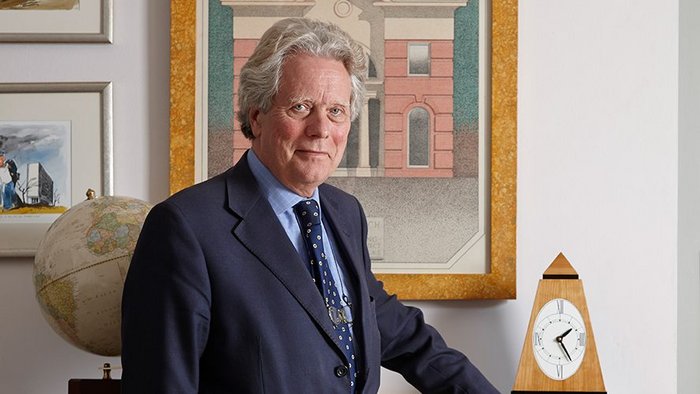 Hindsight: Robert Adam - 'The minute we got into competitions, we’d know we had no chance' 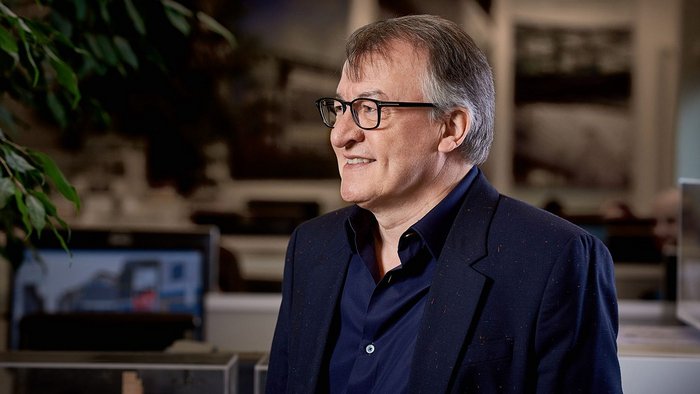