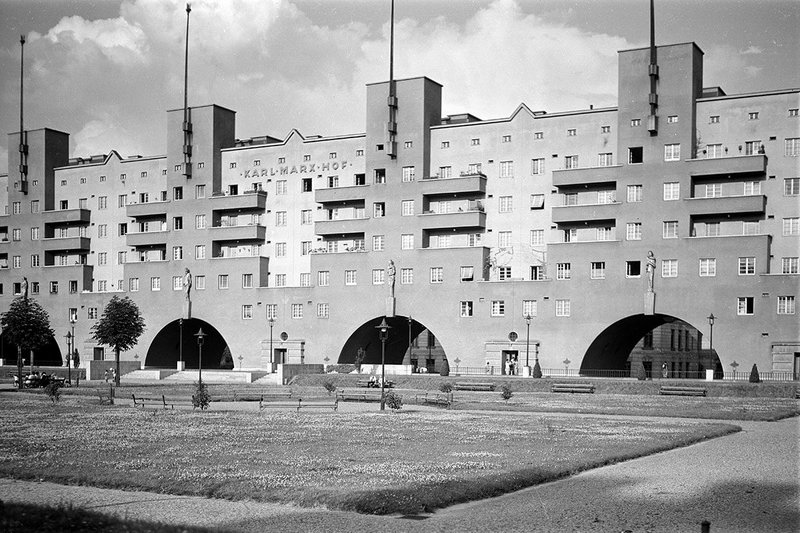 When the Social Democrats came to power in Austria in 1919 the country was still in the grip of poverty and unemployment following the end of World War I. The new administration of the capital, the so-called Rotes Wien (Red Vienna), launched a programme of social reforms and re-housing of the population, especially the hundreds of thousands of workers who lived in cramped dwellings with no running water.

Among the many new housing estates, the Karl Marx-Hof stood out for its size and fortress-like appearance. Designed by a pupil of Otto Wagner, Karl Ehn, and built between 1927 and 1930, it was over 1km long and included vast green spaces, play areas and amenities such as laundries, stores, baths, kindergartens, a clinic, a pharmacy and a post office. This block of flats became a symbol of the city’s transformation and then, during the brief civil war of 1934, was the final barricaded position of the insurgents against the new right-wing government. The building, still inhabited by women and children, was heavily shelled but repaired in the 1950s, and was restored in the late 1980s.