Kensal House, London, 1937, shot by clandestine communist Edith Tudor-Hart who was blacklisted for her political activism 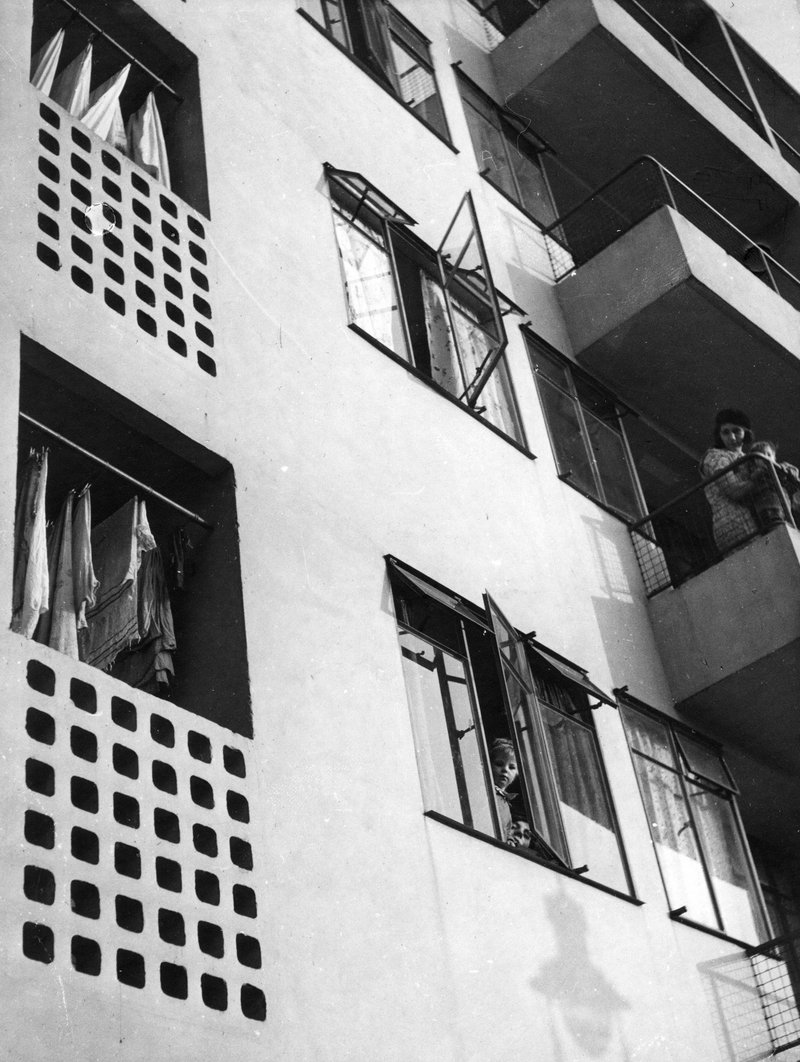 Kensal House in London, designed in 1937 by a team of architects led by Edwin Maxwell Fry and social reformer Elizabeth Denby, was a pioneering social housing project in inter-war Britain. Among the photographs taken at its completion, one group stands out for its slightly unconventional approach – more akin to social documentary – the author was Austrian photographer Edith Tudor-Hart. Born Edith Suschitzky, she studied photography at the Bauhaus; her Jewish heritage, social activism and political leanings prompted her to leave her native Vienna for London in 1933, when she married British doctor Alex Tudor-Hart. In Britain she used the camera to document social injustice, but also collaborated with architects such as Ernö Goldfinger and took photographs of the Isokon flats under construction. Tudor-Hart was an anti-fascist and clandestine member of the Communist party; her work was consequently blacklisted by the Ministry of Information and she was eventually forced to give up photography.

The contribution to British culture of refugees from Nazi Europe, including Edith Tudor-Hart, will be celebrated this year in the nationwide festival Insiders/Outsiders