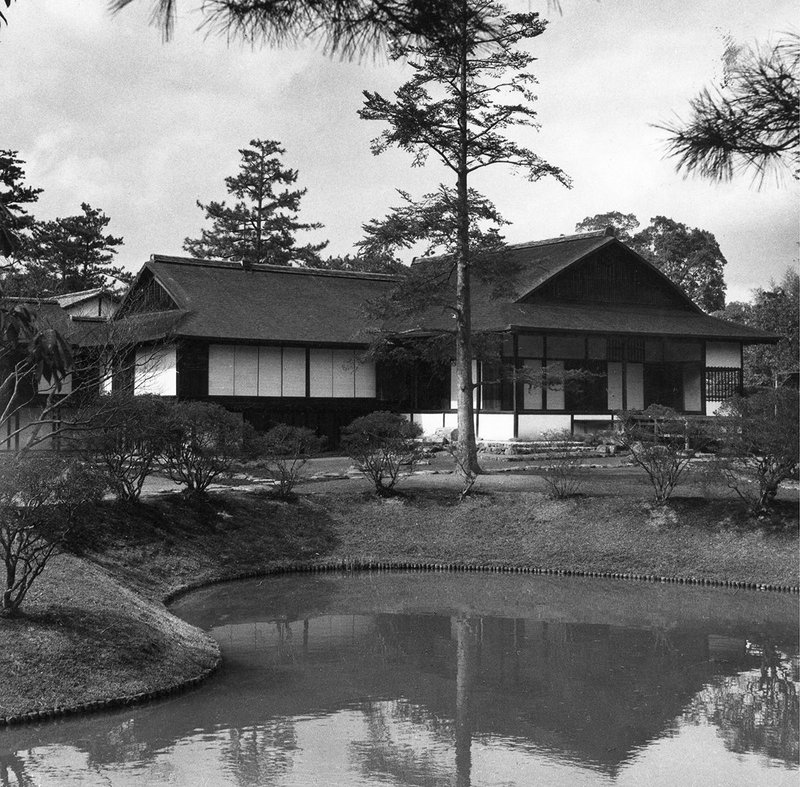 'Dear Corbu, all we have been fighting for has its parallel in old Japanese culture.' Walter Gropius made this observation on a postcard sent to Le Corbusier from Japan in June 1954, after visiting the Imperial Villa in the Katsura district of Kyoto. However, Gropius – who was to write an essay for the famous book on Katsura published in 1960 – was not the first European architect to be struck by the surprising modernity of the 17th century building. Bruno Taut, who visited the villa for the first time shortly after his arrival in Japan in 1933, highlighted in his writings the spare and functional nature of Katsura’s architectural elements; in his words 'the highest art resides in the maximum simplicity'. The building subsequently acquired iconic status among modernist architects, and even before the publication of the 1960s book it appeared in the pages of such influential architectural magazines as Domus and L’Architecture d’Aujourd’hui. This photograph by an admiring JM Richards accompanies the report of his trip to Japan, published in The Architectural Review in 1962.