One of the LCC young turks of the 1950s and 60s, designer of much of London’s South Bank complex whose work is still cited today 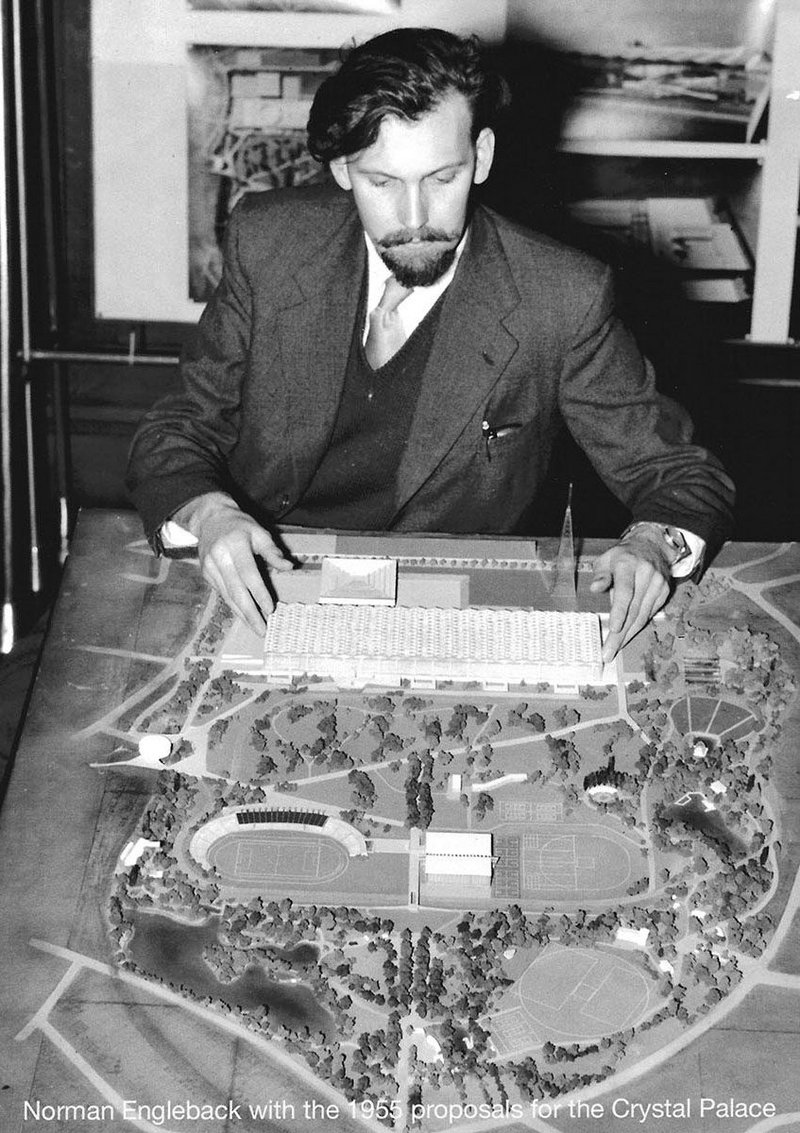 Norman Engleback played a significant role as one of the highly-motivated young turks in the London County Council architects’ department in the 1950s and 60s. He was responsible among much else for South Bank buildings including the Hayward Gallery complex, the 1960s extensions to the Royal Festival Hall and the National Film Theatre.

His first job in 1943 was in the drawing office at King’s Cross for the railway company LNER and he was involved for four years in rebuilding bombed railway structures. There he developed a clear, careful, but rapid draughting technique. His first completed building was a signal box near Mile End. Meanwhile he studied architecture in evening classes at the Northern Polytechnic.

On leaving LNER Norman worked for Armstrongs, an established practice, and – more excitingly for him – under Tony Cox at the famously egalitarian ACP (Architects Co-operative Partnership). But his main career began at the LCC architects’ department in 1952. His first major project was Elm Court School. Efficient and flexible as well as costing a third less per head than the norm, it got him noticed by Leslie Martin who was architect to the council. Martin took him under his wing and he became a very young group leader, greatly enjoying his collaboration with his contemporaries and lifelong friends the late Bryn Jones and John Attenborough. Together, they worked on the National Sport Centre at Crystal Palace. Now listed, it features in Elain Harwood’s new book on post war listed buildings, as I told him a few weeks ago.

In the same period he designed the National Film Theatre under Waterloo Bridge, which kicked off work on a series of buildings, as he put it, ‘just outside the office’ at County Hall. At the time of the 1951 Festival of Britain the Royal Festival Hall had not been completed. Norman led the completion of the current frontage: the curve on the facade, he told me, was a way to conserve some views to St Paul’s. He worked also on the rear elevation and  re-working of the hall’s acoustics. He considered the most recent renovation by Allies and Morrison a great success.

This led to his next assignment working on the Queen Elizabeth Hall and Purcell Room, and adjacent Hayward Gallery. His talented team at this time included many architects who later became well known in their own right including Archigram members Ron Herron, Warren Chalk and Dennis Crompton, and Nicholas Grimshaw and Terry Farrell. He regarded this as one of the most exciting and challenging periods of his life. Part of this was standing up to the then architect to the council Hubert Bennett – a pleasant man but with less vision than these young turks. Because of this the QEH has, for example, cast anodised aluminium windows instead of off-the-peg fenestration, and seating based on sports car bucket seats that don’t flip up and clunk when a late-comer arrives. He loved the way this complex has recently developed a lively multi-level roof garden and commercial arts space.

He was named, and this work shown, at the Venice Architecture Biennale curated by Rem Koolhaas in 2012, a source of pride to him so long after the event, and he was pleased that Feilden Clegg Bradley was renovating and adding to the building rather than pulling it down.

After taking early retirement – as he hated making staff redundant as Thatcher sought to remove what had become the GLC – he carried on as an accomplished artist and musician, living in Tunbridge Wells.

He missed my mother, Pat, massively after she died in 2006. They had met 61 years before that, at a VE day dance. They had four children – Jane, who died 1959 of leukemia, John who died suddenly two months ago, me and my brother Oliver. I will really miss him.