Authority on the architecture of Africa, Sri Lanka and Islamic countries who advised and taught at Cambridge, the AA and around the world 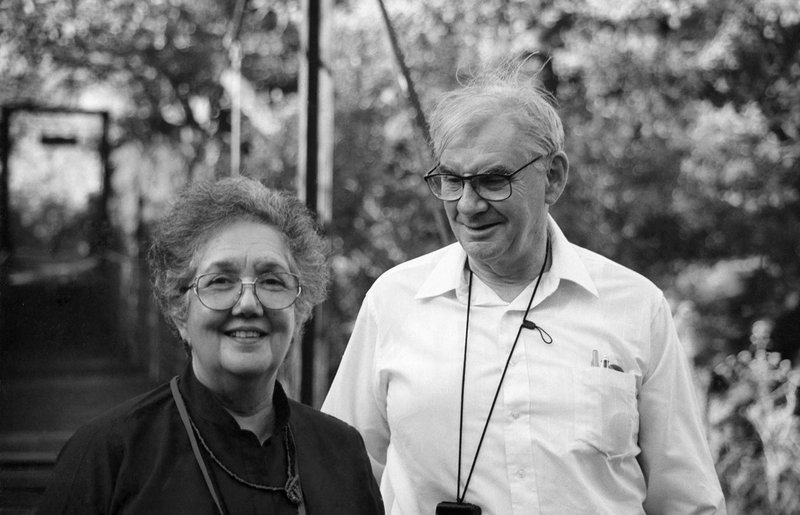 Ronald Lewcock was one of the greatest and kindest scholars I have ever met. Though an authority in his chosen fields – notably the architecture of Sri Lanka, Africa and the Islamic world – and holder of many professorships, he had the common touch, and transformed the lives of countless people he met on his extensive travels.

Ronald was born in Brisbane and read architecture at the University of Queensland, completing his degree at the University of Cape Town. He remained in South Africa for 20 years, practising as an architect and historic buildings conservator, teaching and completing his PhD on the country’s 19th century colonial architecture. Fieldwork on that subject took him to Sri Lanka in the late 1960s, where he met his future wife, the textile designer, writer and artist, Barbara Sansoni. In Sri Lanka Ronald saw an affinity with the Arab and colonial buildings of the East African coast and South Africa.

From 1970 he taught at Clare Hall, Cambridge, until the mid-1980s, and at the AA in London, where he ran a design studio on architecture in the developing world. His interest in Islamic and Middle Eastern architecture deepened and in 1972 he was appointed architect of the America Research Center in Egypt’s conservation of Bayt al-Razzaz, the largest Mamluk Palace of the 15th century. Subsequently the World Bank asked him to prepare a proposal for the conservation of the northern half of the old walled city of Cairo.

In  Yemen he was arrested seven times, yet single-handedly measured 40 major buildings. Knowledge of the architecture of the capital, Sana’a, led to his appointment as guest curator for the 1976 World of Islam Festival exhibition, Nomad and the City, at London’s Museum of Mankind. Scheduled to last three months, it was extended to two years due to its popularity.

After publishing Kuwait and the Northern Gulf (1976) he became heritage conservation advisor to the Sultan of Muscat and Oman. He was a Unesco conservation consultant to many places in the region, and its technical co-ordinator for two international campaigns – Sana’a and Shibam and the Wadi Hadramawt in Yemen.

In 1984 Ronald became the first Aga Khan Professor of Architecture at MIT, introducing students to contemporary Islamic architectural design, appropriate to their countries of origin, without paying lip service to the west. Many went on to join him at the Georgia Institute of Technology when he became professor of its doctoral programme in architecture.

Throughout this time Ronald maintained a close connection with Sri Lanka, making three-month research visits every year during the 1970s. He was assisted by Barbara, whom he married in 1980. Together they produced a coffee-table book, Viharas and Verandas (1978), aiming to make Sri Lankans aware of their disappearing architectural heritage. They also co-authored Architecture of an Island (1998), with Barbara doing most of the perspective drawings. The product of 30 years’ research, it showed the domestic and religious architecture of Sri Lanka’s ethnic groups – Sinhalese, Tamils and Muslims – as well as the Portuguese, Dutch and British colonisers. Unfortunately, more than half of the 100 examples of the vernacular buildings featured have since disappeared.

For many years the couple lived in Cambridge during the summer months and across the world the rest of the time, engaged in teaching, research, writing and latterly painting. Ronald was devoted to Barbara, who predeceased him by four months; he is survived by his daughter and two stepsons.

C Anjalendran is an architect based in Sri Lanka