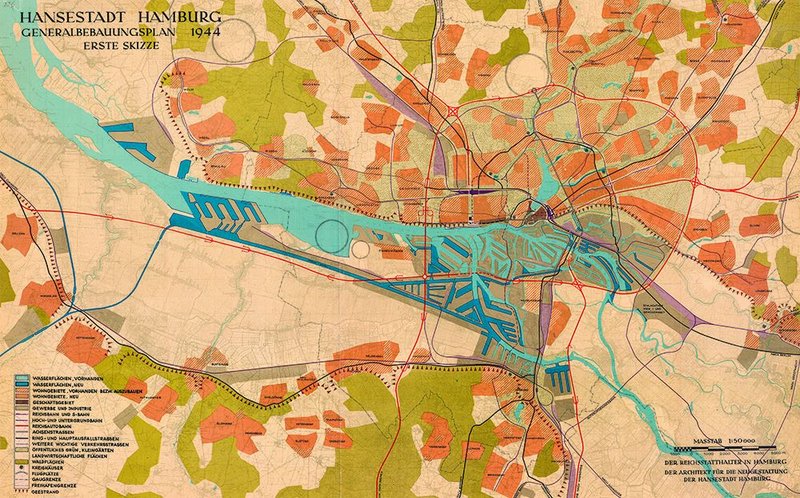 Le Corbusier would say anything to get on, wouldn’t he, especially in 1935, with the whole of Europe gripped by fear of aerial ­bombardment?  He was gleeful at the ­looming conflict, which he saw as ‘the providential ­lever for the necessary actions’.  Flawed though his reasoning was – based on the idea that his tall narrow blocks presented less of a target, as if blast did not travel sideways – he was, as Düwel and Gutshow’s book points out, only vocalising a common feeling among planners of the 1930s and 1940s: that Europe’s cities were leftovers of history, and outright war would begin the needed clearances.

The 1942 reconstruction maps of Exeter are marked in three colours – red for the blitzed bits, blue for ‘buildings of architectural merit’ and pink for large areas described casually as ‘outworn’

We have become very used to the phrase: ‘The planners finished what the Luftwaffe began’. Absolutely true, of course, indeed it would have been odd if they hadn’t, given the prevailing views of the time. British planners especially hated the ‘unplanned’ existing ­cities. The 1942 reconstruction maps of Exeter, for instance, are marked in three colours – red for the blitzed bits, blue for ‘buildings of architectural merit’ and pink for large areas described casually as ‘outworn’. This was a normal official response: the authors of the 1943 County of London Plan, Patrick Abercrombie and John Henry Forshaw, took the view that the blitzed bits were just the start. ‘London was ripe for reconstruction before the war: obsolescence, bad and unsuitable housing, inchoate communities, uncorrelated road systems, industrial congestion, a low level of urban design...all these and more clamoured for improvement before the enemy’s efforts to smash us by air attack.’

But this was not just a British – or Corbusian – response. One of the many good things about this book is the way it shows the desire for wholesale reconstruction right across ­Europe. Plans by German officials for the post-war rebuilding of Hamburg, for instance, involve demolishing swathes of undamaged property. Vichy France took much the same view. And Kassel’s conservation planner Friedrich Bleibaum insisted in 1944 that although reconstruction in replica was desirable, it should occur only when sufficient records existed – which would have ruled out central Warsaw, rebuilt from paintings and photos.

Drawing up the plans is of course not the same as implementing them. The 1947 plans of Marinus Jan Granpré Moliere for ­Groningen – described here as ‘the most radical ­assault ever contemplated by an urban planner on the architectural manifestations of the 19th century’ – involved the demolition of many perfectly good, unscathed, buildings.  Thankfully, his plan was rejected and Groningen, though unsatisfactorily rebuilt in parts, kept its evolutionary mercantile character.

This book, then, is a very detailed look at a particular moment when a world war was seized on with alacrity by planners and ­architects as a means to a Utopian end. Knowing what we know now, it makes the blood run cold. But it is absolutely fascinating. 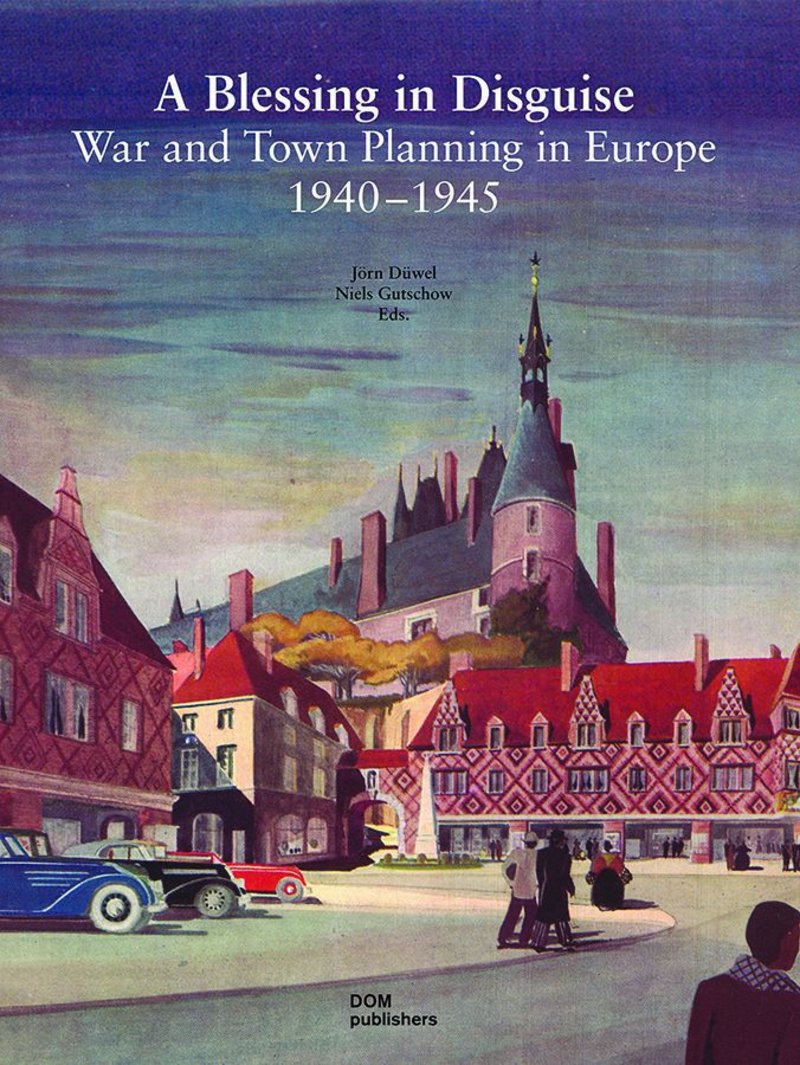