When the Muslims of Newport, Australia, began planning their new local mosque, little did they imagine a Pritzker prize-winning architect would help them create ‘the first truly contemporary Australian mosque’. Yet this is what happened when a member of the community approached Glenn Murcutt and persuaded him to take on the project. Alongside architect Hakan Elevli and builder Haddara Constructions, the team is completing the first stage of the Australian Islamic Centre in the Melbourne suburb.

Preceding its imminent opening, an exhibition at the National Gallery of Victoria – The Architecture of Faith – recounts the mosque’s 10 year gestation. The displays are straightforward and thorough: scale models, Murcutt’s original drawings, large-scale photographs, videos of interviews, samples of materials (carpets, concrete panels with inscribed Arabic calligraphy, glass roof-lights) and even – unusually – the occasional construction-site visit, accompanied by Elevli.

The organisers evidently wish to maximise public access: it is free to enter, and long-running (August 2016-February 2017). The gallery itself is at street level on Federation Square, making it easy to wander into the exhibition by chance, as I did. This attempt to reach out to a wide audience is in keeping with the Australian Islamic Centre’s core tenets – transparency and inclusivity.

This openness has proved instrumental to the project’s success. Other recent attempts to build mosques have met with resistance: last year in Bendigo residents even took their opposition to the High Court. While only 2.2% of Australia’s population is Muslim (less than 500,000) an Ipsos MORI poll revealed that Australians in general grossly overestimated this figure. The negative rhetoric of politicians exacerbates the problem, with One Nation senator Pauline Hanson lately claiming that the country was being ‘swamped’. Thus misinformation and a fear of the unknown have bred – in Murcutt’s own words – bigotry. So just as the mosque’s roof-lanterns illuminate the building, this exhibition (alongside other outreach initiatives) is helping to gradually dispel the darkness of ignorance.

In this sensitive, politically charged context, the skills which have lent Murcutt his reputation as one of Australia’s foremost architects become clear. The Newport mosque eschews conventional tropes while maintaining the necessary features for worship.

For instance, as the architect found there was no call to prayer, there is no minaret. Instead there is an elevated triangular wall with a crescent moon at its peak. Likewise, there is no dome. As Murcutt is quoted in the exhibition: ‘I pointed out that the great mosque of Cordoba didn’t have a dome. They had a whole lot of lanterns that went through the roofs.’ Indeed it is these 96 triangular roof-lights that are the mosque’s defining feature. They are gold like the Dome of the Rock, glazed in four different symbolic colours, and arranged in a complex geometric pattern according to the points of the compass. These lanterns are also wind chimneys in a vertical stacking ventilation system which regulates the internal temperature. Curiously, the NGV gallery, with its glass facade and partitions, allows the visitor to experience the interplay of light through these same materials in a wholly different context.

Islam requires that worshippers face Mecca while praying. The western-wall is therefore the qibla wall with the minbar (niche), in front of which is a shallow pool which reflects light into the building. The east side, the entrance, is a transparent glass facade with an unobstructed view through the building, removing any sense of enclosure.

Such departures from tradition initially caused consternation for community elders. Yet the history of Australian mosques calls into question the concept of ‘tradition’. Australian Muslims have a diverse heritage: Indonesian, Malaysian, Pakistani, Bosnian, Afghan, Lebanese and Turkish, to name but a few. Existing mosques have borrowed architectural features from one or other sub-culture. For instance, the Auburn Gallipoli Mosque, as the name might suggest, resembles the Ottoman designs of Mimar Sinan. The Adelaide Mosque, built 1888, was modified in its early history to incorporate four imposing minarets. Sydney’s Lakemba Mosque follows a Lebanese design. Younger members of the Newport community felt that such buildings no longer fit their identity as Australians.

In fact, the oldest Australian mosques were rudimentary tin-roofed structures in the outback, erected by Afghan cameleers in the late 1800s. These basic buildings bore no relation to Arabic or Middle Eastern designs, they were originally Australian. Going back even further, the early Muslims based their places of worship on the home of Prophet Muhammad in Medina, Saudi Arabia, a house with a courtyard and a hypostyle (columned) plan. It was by going back to these early structures that the architects were able to produce a mosque that draws on ‘eastern’ and ‘western’ principles.

Softly spoken, well-researched and polite (as he comes across in his interviews in the NGV exhibition), Murcutt has won the respect of the community elders without abandoning his resolve. Along with Elevli, he has succeeded in challenging preconceived notions on both sides while allowing himself to be guided where appropriate. If The Architecture of Faith is accurate in its portrayal, the result will be a fresh, new and unifying 21st century Australian mosque.

The Architecture of Faith, National Gallery of Victoria, until 19 February, 10am-5pm, free 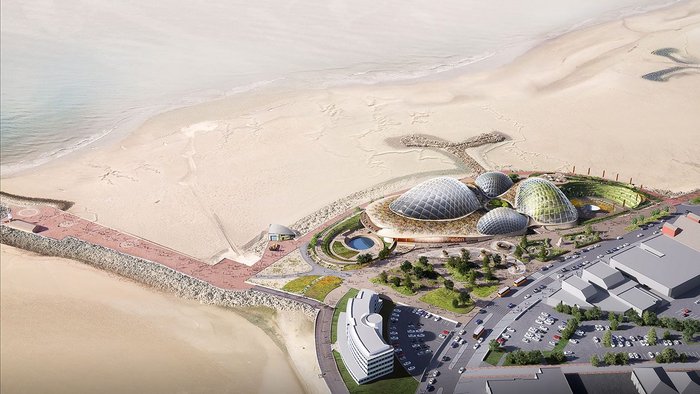 Planning permissions for projects for collaboration and community