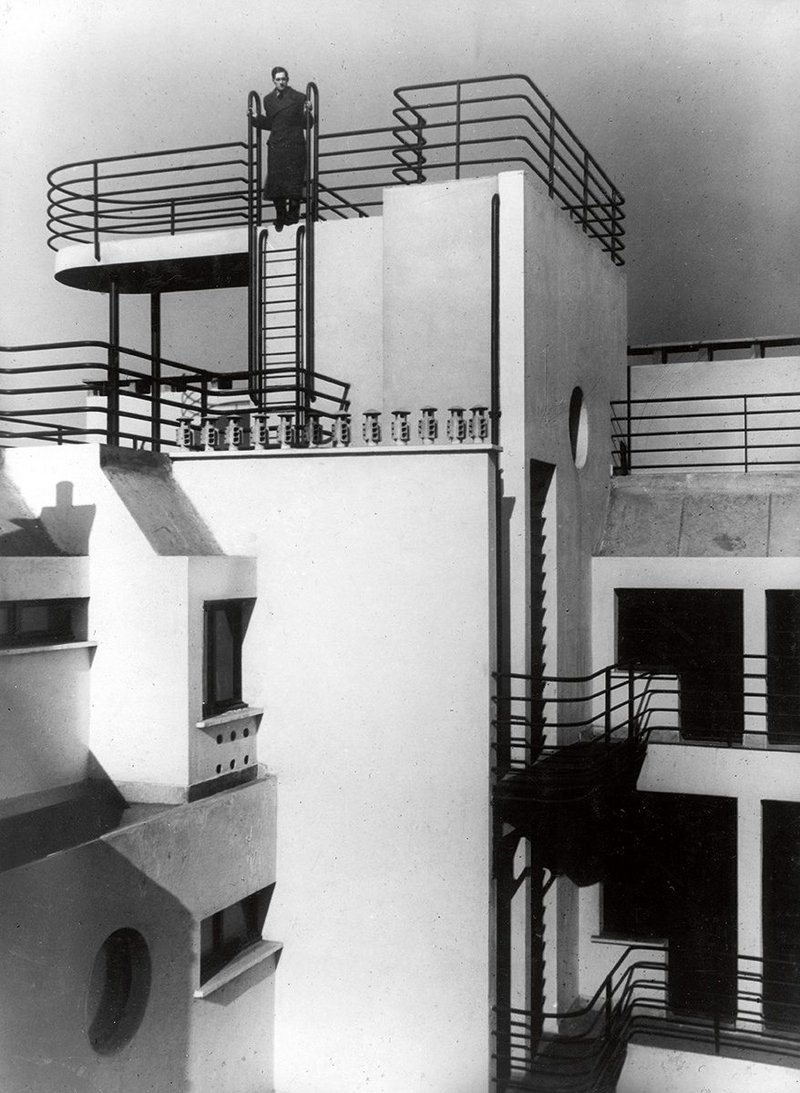 Born in Georgia, Berthold Lubetkin studied at the avant-garde art and architecture school Vkhutemas in Moscow before moving to Paris in the 1920s, where he undertook his first major project in collaboration with Polish-born architect Jean Ginsberg. Ginsberg had studied under Robert Mallet-Stevens and worked in the studios of Le Corbusier and André Lurçat. The project was an apartment block at 25 Avenue de Versailles, Paris, on a very small site between existing buildings. Influenced by Le Corbusier’s ideas, Lubetkin and Ginsberg designed a nine-storey block ending with a two-level sun deck with great views towards the Seine and Eiffel Tower. Posing on the sun deck in this photograph is Austrian-born artist and architect Jean Welz. Before moving to South Africa in the late 1930s, Welz worked in Paris with such prominent modern architects as Mallet-Stevens and Adolf Loos, and designed a number of villas, including the striking Maison Zilveli – sadly recently demolished by its new owners. This image perfectly encapsulates the role of 1920s Paris as an international hub for modern architects.