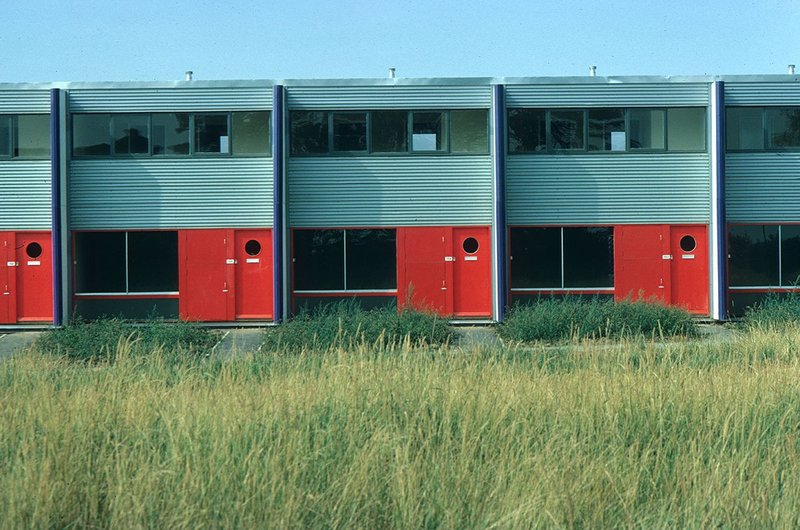 Milton Keynes was designated a New Town 50 years ago as part of a government initiative to increase house building in the South East to relieve overcrowding in London. The largest of the New Towns, it incorporated the existing towns of Bletchley, Wolverton and Stony Stratford plus 15 villages and farmland in between. This row of houses was designed by Milton Keynes Development Corporation’s architects department.

Central Milton Keynes was conceived on a grid, an idea inspired by American urban theorist Melvin Webber, who found the idea of a concentric cluster city outmoded and instead believed that a layout that promoted ease of movement would create ‘community without propinquity’. However, rather than the austere road network overlaid on the landscape familiar in US cities, these streets undulated and curved according to the area’s natural topography.

Photographer John Donat spent 10 years from 1971 documenting the growth of the town from construction site to a buzzing regional hub. Donat, who trained as an architect, was fascinated by the journey from plan to living city as it began ‘to be tested by the life it was designed to contain’. The project would be his longest running commission.