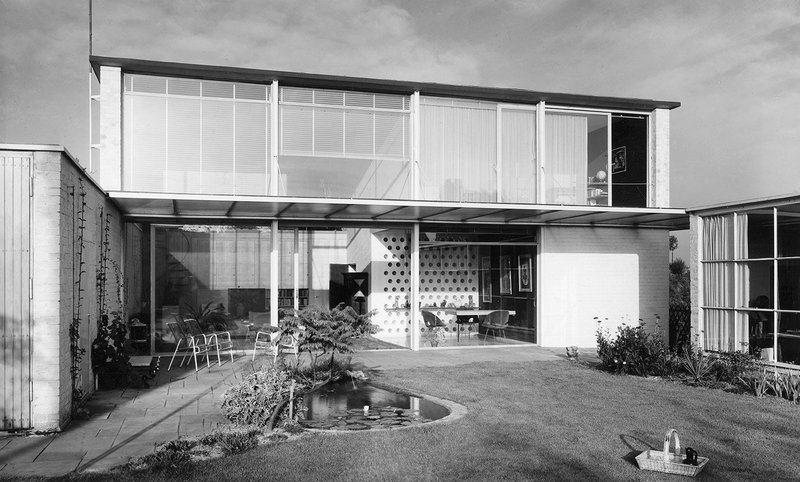 Although little known in Britain, Bernhard Pfau (1902-1989) is considered a modern master in his native Germany. He began his career in the inter-war period, working for Bruno Paul in Berlin and then for Josef Hoffman and Josef Frank in Vienna, before setting up his own practice in Dusseldorf in 1930. His early work, in collaboration with his wife, the designer Lotte Fink, included primarily shop designs and then, increasingly, residential projects. Two of his houses were included by Raymond McGrath in his book of 1934, ‘Twentieth-century Houses’. The most productive phase of Pfau’s career belongs to the post-war period, during which he designed his best-known buildings – the House of Glass Industry (1948-51) and the Schauspielhaus (1959-69), both in Dusseldorf. In the same city is the House Nakatenus (1954-55), listed as a historical monument since 2004. On the garden side, 3m by 3m insulating glass panes allowed an almost complete opening to the garden. The steel window frames – unusual at the time in a domestic setting – produced (as remarked in the Architect’s Journal) ‘an effect of extreme lightness and simplicity’.