The house at 6 Temple Gardens, Moor Park, Hertfordshire, was one of many private houses designed in the 1930s by the partnership of Connell Ward and Lucas. Amyas Connell and Basil Ward had met while studying architecture in New Zealand and had travelled to London together in 1924 to complete their studies. By the end of the decade, Connell was designing one of first truly modernist houses in Britain, High and Over in Buckinghamshire, and setting up in practice with Ward. They were joined in 1934 by British architect Colin Lucas, with whom they shared a firm belief in the design principles taught by Le Corbusier. The project architect at Moor Park was Basil Ward, who devised an advanced concrete construction method that allowed him a considerable freedom of design. As in other houses designed by the partnership, the garden front featured extensive glazing, with the living areas located on the first floor to make the most of the uninterrupted view over the landscape. The roof terrace seen in this photograph was a playground for children and a lounging area for adults. 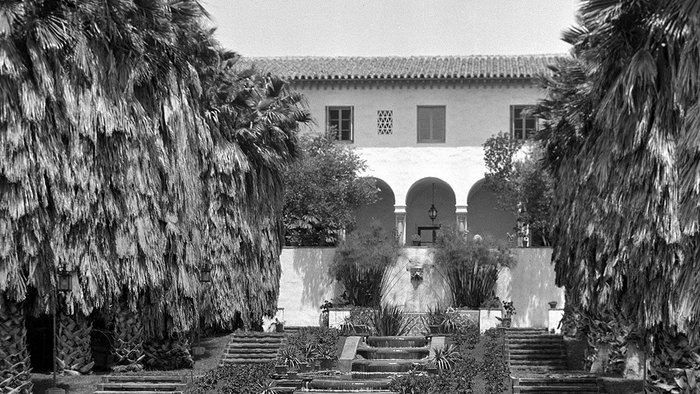