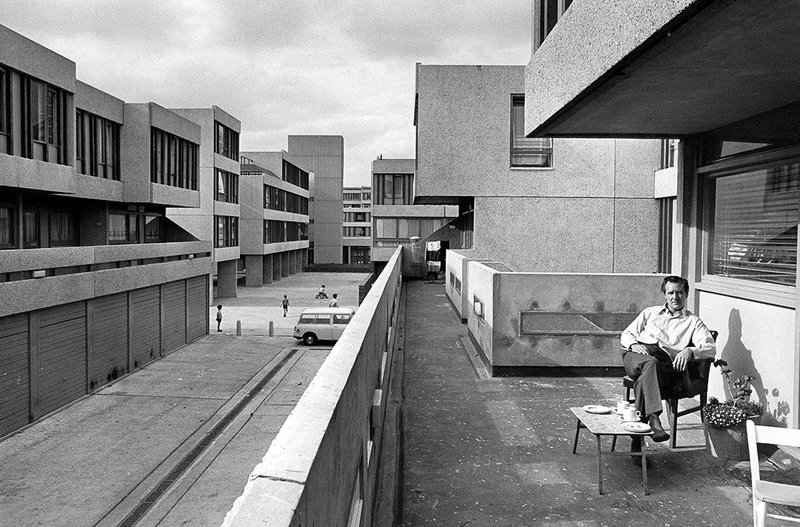 Fifty years ago, construction was under way on a ‘town for the 21st century’ in south east London. Thamesmead was the latest in a series of post-war developments intended to relieve the overcrowded cities. Ambitious initial plans imagined a series of platformed ‘villages’ separated by waterways. Although these were inevitably scaled down the architecture of the first phase, photographed here by Tony Ray-Jones in 1970, retained an uncompromisingly modern approach with long terraces of maisonettes and high-rise towers. It received international admiration and an award from the Union Internationale des Architectes which declared Thamesmead ‘a harmonious integration of human values, aesthetic expression and modern techniques’.

Construction of the masterplan began in 1968 and was scheduled to finish in 1974 but was never fully realised. Initially hailed as a solution to London’s housing problems, despite its early promise Thamesmead quickly gained a reputation for crime. This was reinforced by its violent portrayal in Stanley Kubrick’s A Clockwork Orange, though Kubrick was in fact attracted by the estate’s futuristic architecture.  Today, Peabody is extensively regenerating Thamesmead, promising new homes and improved community facilities.

There will be a small display of photographs of Thamesmead in the 1st Floor Gallery, 66 Portland Place W1, until 17 May