Opening this weekend the Postmodernism show at the V&A is likely to attract more attention than its recent show on the Aesthetic movement but probably fewer visitors, writes Eleanor Young. 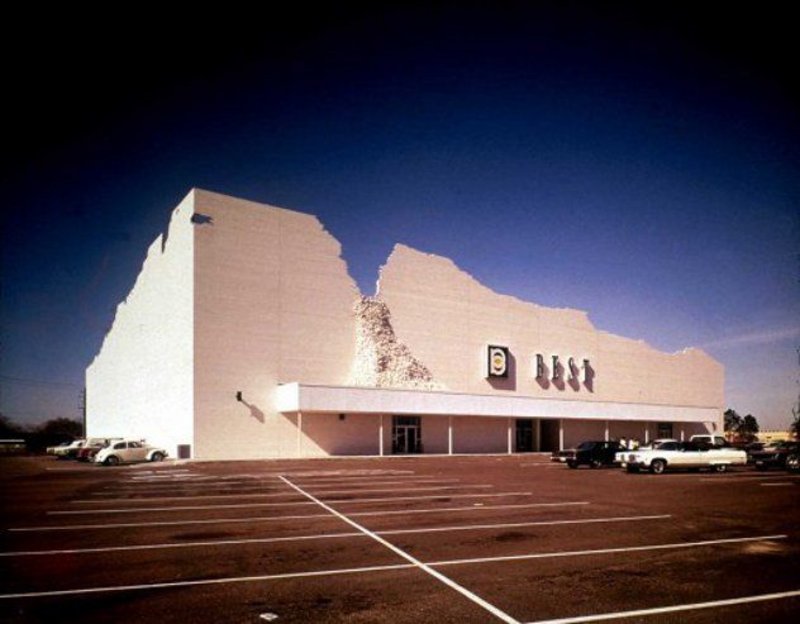 The main tenet of post modernism, if such a diverse movement can be said to have one, is ‘complexity and contradiction’ as summed up by Learning from Las Vegas architects Robert Venturi and Denise Scott Brown. That is great for shattering the monolith of modernism. But when it comes down to it chopping up shapes whether historic pediments or circles and triangles, leads to Fuzzy Felt designs which are uncomfortable statements in the hands of most designers.

That is certainly what’s on show in the first half of this exhibition where the work of the Memphis Group predominates, with one bright shape stuck on another; again and again. This repeated exposure does sensitize you to the same method architecturally applied in the work of James Stirling and Terry Farrell (on show with the Staatsgalerie and TV-am building respectively) and CZWG (not included). But at least on buildings there is a rich heritage of classicism to plunder, summed up in Venturi’s Vanna Venturi House with its billboard quotation of a split pediment.

Charles Moore and Perez Architects delved into this richness with the New Orleans’ Piazza D’Italia as did Arata Isokazi in Japan with the Tsukuba Center – both of which are presented here as models. Charles Jencks failed to with his inexpensive Garage Rotunda extension on Cape Cod which has been rebuilt for the show; the mismatch of classical models and cheap materials are just too great. If you are looking for ad hoc postmodernism Frank Gehry’s Santa Monica house stands out.

A large part of the middle of the show is devoted to music and costume though it reverts to teapots and ultimately architecture at the end. References to Blade Runner with its’ powerful mash up of cities and times set in a dystopian future run throughout. Now, officially after postmodernism, the lessons of complexity and contradiction remain but with luckily the forms, references and expression have moved on from applied columns, bright triangles and granite-faced offices. In the show the post modern story ends with it collapsing under the weight of its own success with greed and Thatcher and, of course, Philip Johnson’s AT&T building. Thanks goodness I say.