Shortly before his death this week, influential planner and urban thinker Professor Sir Peter Hall spoke to RIBA Journal about the continuing importance of garden cities 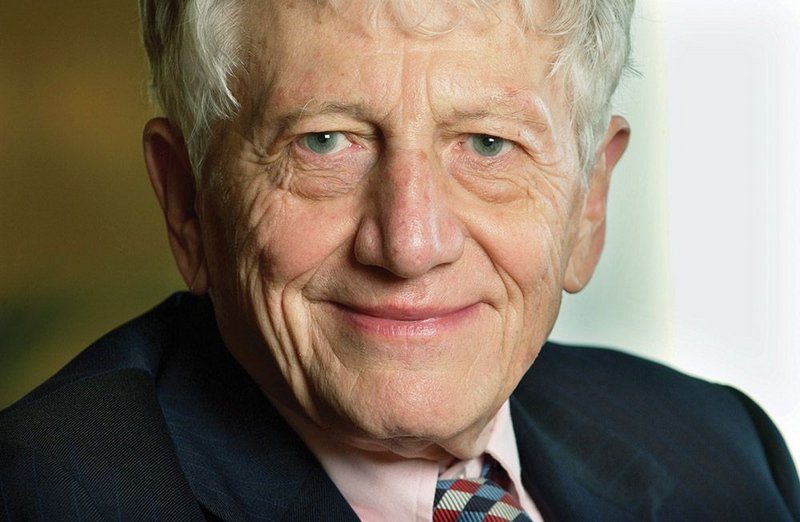 We are saddened to hear of the death of Professor Sir Peter Hall, at the age of 82, one of the UK’s foremost planners, academics and urban thinkers.

Royal Town Planning Institute president Cath Ranson said of Hall, a recipient of the institute’s Gold Medal, ‘When we have a little more time to reflect on his achievements, I am sure that we will recognise that Sir Peter was truly a national treasure, equally cherished, loved and admired.  An intellectual colossus, he straddled theory and practice, managing to make planning not only interesting and accessible to any audience, but fun too. Yet the true mark of his influence is that he was one of the very few academics whose name is instantly recognisable by those outside his discipline.’

Sir Peter spoke to the RIBA Journal this month on that most English of obsessions, the garden city and his theories as to how the model could be made suitable for the 21st century – the subject of his book Sociable Cities, a revised version of which has been newly published. We sincerely hope his work will be picked up where he left off.

Why did you feel a reappraisal was necessary in the new edition of Sociable Cities?

It’s strange – so many things have happened in 16 years. The book came out in that period of great optimism a year into the Blair government. Since then we’ve been through a colossal world economic crisis, change of government and subsequent austerity. It feels like a new world and I had to update the message. Despite that, the main stance of the book is that the garden city model remains as relevant as ever.

With UK house prices rising exponentially, isn’t the housing crisis primarily an economic rather then a planning one?

Yes, it’s about mechanisms of investment, but the main problems are that we are only building 40% of the housing that we should be; and most of that is dreadful. With the government’s commitment to localism, funding initiatives should be coming at local level, with more public/ private partnerships. The days of wholly state funded council housing are over, but solutions will not be found solely from the private sector either. I’m encouraged by innovative sovereign wealth funds being picked up by forward-thinking councils like Manchester to fund housing.

Our argument in the book is that Ebenezer Howard’s terms need to be reappraised. His garden cities were satellite sub-units of an existing city; they were not entities in themselves

The Wolfson Economics Prize winner is announced this month, offering £250,000 for putting forward a model for a privately funded garden city approach…

We put forward a proposal for that and got commended but not shortlisted. In a sense the book is an extension of that proposition for a new garden city in the Rugby/ Daventry area, funded by public/private partnerships similar to the model used by the Milton Keynes Development Corporation. Our argument is that the key tenet for success is having financial models based on long-term returns, as building new communities takes time and massive investment.

You mentioned Letchworth but isn’t it just an anachronism?

Letchworth is a glorious place due to the genius of Unwin and Parker, but it was a financial disaster – as indeed were all of the early garden cities – clobbered as it was by investors who wanted a quick return. The town didn’t break even until the 1950s. Ebenezer Howard thought wrongly that it could be done without government investment. Luckily his lieutenant Frederic Osborn realised that central investment was necessary to create the infrastructure the towns needed, and it was he who saw through the more successful and larger post-war garden cities.

So it’s not a case of ‘small is beautiful’?

On the contrary – to function, a garden city should have a population of 200,000-plus, not 32,000. Our argument in the book is that Howard’s terms need to be reappraised. His garden cities were satellite sub-units of an existing city, linked to it by an ‘inter-municipal railway’; they were not entities in themselves, and that is always forgotten. Our Wolfson proposal was predicated on doing just that and opening up a closed-down section of Midlands railway to connect our garden city with the proposed HS2 line. Sadly for us, that might have been a bridge too far in their view…

Sociable Cities: The 21st-Century Reinvention of the Garden City, by Peter Hall and Colin Ward, is published by Routledge